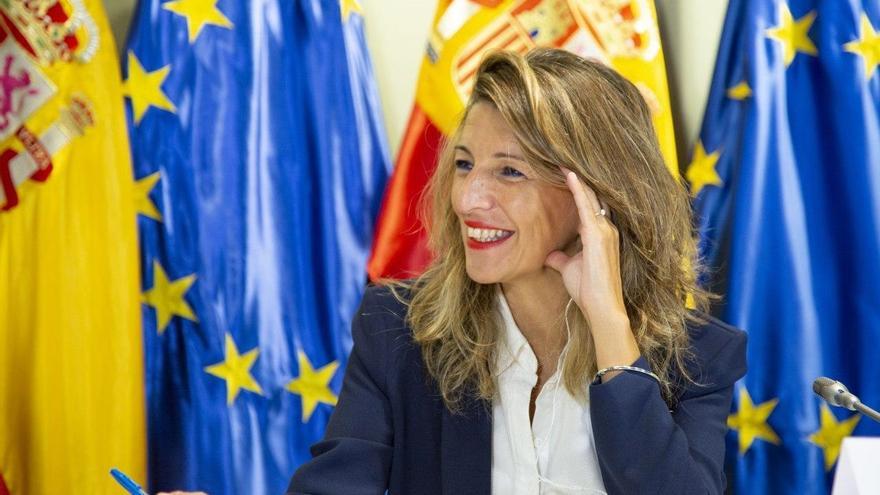 The Ministry of Labor and Social Economy proposes to automatically extend the Temporary Employment Regulation Files (ERTE) until December 31 of this year and limit those of force majeure to companies of a series of economic activities especially affected and to businesses that depend on these , while the prohibition of firing after ERTE will be maintained until the end of the year.

This is stated in the draft presented by Labor to the social agents in the framework of the negotiation to extend the ERTE beyond September 30, to which Europa Press has had access and in which the Government’s proposals for the extension and the benefits related to ERTE, umbrellas under which are around 700,000 workers.

Specifically, it establishes that article 2 of Royal Decree-Law 9/2020, of March 27, in which the Executive established that force majeure and economic, technical, organizational causes will remain in force until December 31, 2020. and of production in which the measures of suspension of contracts and reduction of working hours are covered “cannot be understood as justifications for the termination of the employment contract or dismissal.”

At the same time, the right of adaptation and / or reduction of the working day for the care of minors is extended, coupled with a salary reduction, known as ‘Plan Me Cuida’.

Work proposes to extend the ERTE until December 31 of this year and that those whose activity is included in the standard, pending to be specified, as well as those whose business depends mostly on companies included in the themselves or that are part of their value chain.

In detail, it indicates that it will be understood by dependent companies or members of the value chain, and therefore they may continue with an ERTE of force majeure, those whose turnover, during 2019, has been generated, at least, by 50% , in operations carried out directly with companies that are included in them.

Clear the counter to zero

The draft document delivered this week by Labor to the social agents collects the end of the counter to zero, a measure rejected by the employers and the unions by assuming that the benefits consumed by those affected by ERTE would be subtracted for future periods of unemployment.

“When workers who, once the ERTE has ended, access a contributory benefit for having terminated an employment relationship before December 31, 2021, will see the duration of the new right reduced by as many days as they have received benefits during the ERTE since on October 1 “, states the draft collected by Europa Press.

On the contrary, the draft does not specify the new bonus schemes or the percentage on the regulatory base that will maintain the benefits of workers affected by an ERTE from 180 days, which with the current scheme will drop from 70% to 50% , being one of the main concerns and demands of the unions, which demand its maintenance.

It does contemplate an extraordinary benefit for the end of the campaign that will be recognized to people with a fixed discontinuous contract who have been affected, during the last theoretical period of appeal, by an ERTE and its payment for monthly periods and in the same amount as the unemployment benefit that the affected person had been receiving during the temporary employment regulation file.

The duration of this extraordinary benefit will run from the end of the effect on the aforementioned file, coinciding with the start day of the period of inactivity, until December 31, 2020.

The employers explained that it is a document that does not guarantee that coverage will be given to all companies that need it, since the framework of aid coverage is reduced, it raises a first sectorialization in this new phase of extension of ERTE and the extension is not guaranteed until at least the month of April, in addition to setting that they count for unemployment.

Recognition of this benefit will require the presentation by the company of a collective request for extraordinary benefits at the end of the campaign, which will include all people with a fixed discontinuous contract who are no longer affected by the temporary employment regulation file.

Reluctance to the document

Union sources have indicated to Europa Press that they see the document “interesting”, although they have shown reluctance to the draft by not collecting “nothing of what was raised in Mallorca”, when the dialogue was established to extend the ERTE, and also for removing the meter from zero and the impossibility of firing after ERTE.

The employers explained that it is a document that does not guarantee that coverage will be given to all companies that need it, since the framework of aid coverage is reduced, it raises a first sectorialization in this new phase of extension of the ERTE and the extension is not guaranteed until at least the month of April, in addition to establishing that the ERTE count for unemployment.

The Executive will meet again with the social agents this Monday to continue negotiating and try to close an agreement this week.