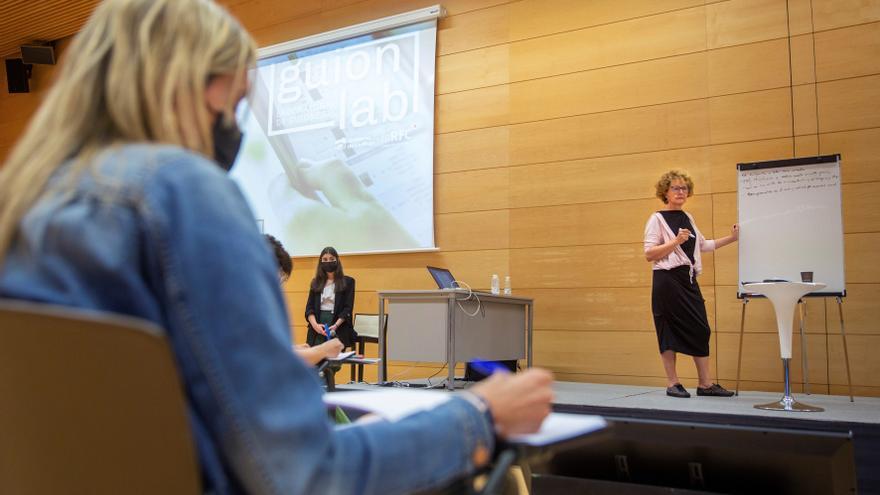 Logroño, Jun 18 (EFE) .- The public entity for the promotion of cinema in La Rioja, "La Rioja Film Commission" has started a workshop for screenwriters this Friday, with fifty attendees from all over Spain, whose objectives are to teach future film writers to think their works for "the large format" despite the fact that more and more work is being done for platforms, those responsible have explained.

The workshop has been coordinated by the Rioja scriptwriter and director Santiago Tabernero, and Borja Echeverría, Alicia Luna, Félix Sabroso and Daniela Fejerman have participated as speakers, all of them renowned film and television scriptwriters.

This activity has been developed within the framework of the La Rioja Film Commission short film contest, in whose jury are these creators, who have selected ten works as finalists from among all those presented and who are competing for a first prize that has an economic endowment and the distribution of the short film in a hundred festivals.

The original idea for the ten finalists to attend this workshop to "fine tune" their works before filming was opened to film students and other interested people from all over Spain and the organizers had to close the registration with 40 more attendees.

"This workshop is a much desired child," said Tabenero (Logroño. 1961), creator of the TVE program Spanish Version. He has advocated "improving learning and access to the writing profession" because "when a created idea a film, then he must rethink that script to get to the shoot in better conditions", which shows that "writing to shoot is a process very complex "that" has changed due to the proliferation of platforms and technology, "he admitted.

Along these lines, Alicia Luna has admitted that "the public is getting used to cinema on platforms, which are a format that has come to stay" but in which "the viewer has a different behavior, gets up, for five times the movie or pick up the phone. "

However, he believes that "that is not why we have to load up on the big screen cinema and stereo sound" and he believes that it will happen as with the theater, "that he was going to die when the cinema arrived, but now there are no tickets for any function" and "I want to believe that the same thing will happen to the cinema."

The winner of the Goya for best screenplay for "I give you my eyes", in 2004, and nominated last year for "Rosa's wedding" -both joint works with Iciar Bollain- has advocated for the continued "convincing people of keep going to the movies, because the experience is very different from being at home on the couch, which is fine, but not the same. "

It has also been questioned whether "we creators write films for that" -the platforms- although "you really have to create, that's the important thing" and that "whoever wants to write scripts can start working, because in Spain there is a lot of talent" , it is finished.