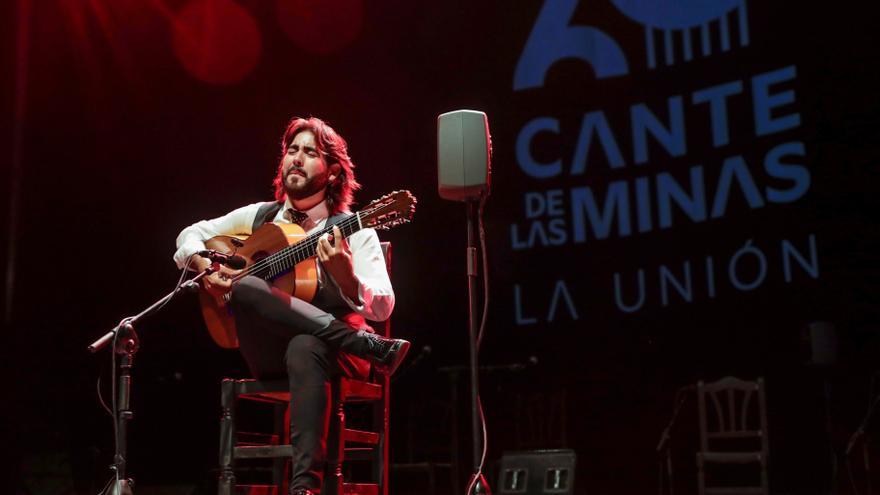 La Unión (Murcia), Aug 7 (EFE) .- The cantaora Amparo Heredia Reyes, ‘La Repompilla’, has won the Mining Lamp of the LX International Festival of Cante de las Minas de La Unión, the highest distinction of this contest, which this year has been held again after being suspended in 2020 due to the coronavirus pandemic.

‘La Repompilla’, a regular in the contest in recent years, has followed and pursued the award that this year, finally, has won, and which is accompanied by a total of 31,000 euros, having also won the first prizes for mining, by cantes bajoandaluces and by cantes from Málaga, Granada, Córdoba and Huelva.

With the trophy in her possession and satisfaction on her face, the cantaora returned to the stage at the most flamenco morning of the year, presenting a miner to the public that had occupied half the capacity of La Maquinista de Levante, which this year has replaced as the main venue of the festival to the Old Public Market due to security regulations against the covid pandemic.

Born in Malaga in 1970, ‘La Repompilla’ began to sing at the age of 16 in Miami, led by Juan de Alba, later touring most of the flamenco tablaos in the rest of the most important cities in the United States, after which He returned to Spain and began working at Casa Patas, in Madrid.

Thus, Amparo began to make a name for herself in the capital and that is why she has been required by most dancers.

Apart from the highest award of the contest, the jury has also awarded the female dance Desplante award and 6,000 euros to the bailaora Paula Rodríguez Lázaro (Madrid), while the male Desplante, endowed with the same amount, has gone to Rafael Ramírez Vílchez ( Seville).

Another of the awards given has been the Bordón, endowed with 6,000 euros, which has gone to the guitarist Álvaro Pérez Álvarez (Granada), with taranto and guajira.

Regarding the Filón award for the best instrumentalist, it has gone to Lara Wong (Madrid), with her flute, who has obtained 6,000 euros.

Other winners have been Esther Merino Pilo (Badajoz), who has obtained the award in the group I-Cantes Mineros, endowed with 5,000 euros, for her interpretation of taranta and Levantica, while Manuel Cuevas González has achieved the award of Young Singer, whose amount is 3,000 euros.

The qualifying jury has been made up of Antonio Ayala Paredes, Antonio Najarro, Pedro Ojesto, José Francisco Ortega and Francisco Cayuela.

In this way, a new edition of the Unionense festival concludes, through which Víctor Manuel, who has been the town crier this year, have paraded in their flamenco galas, Miguel Poveda, Dorantes with Pedro ‘El Granaíno’, Paco Montalvo and the Antonio Najarro company .

The last day of the festival started on the Joaquín Costa square stage, where the organization presented the award ‘La catedral del cante’ to the Republic of Lithuania for its work in promoting flamenco.