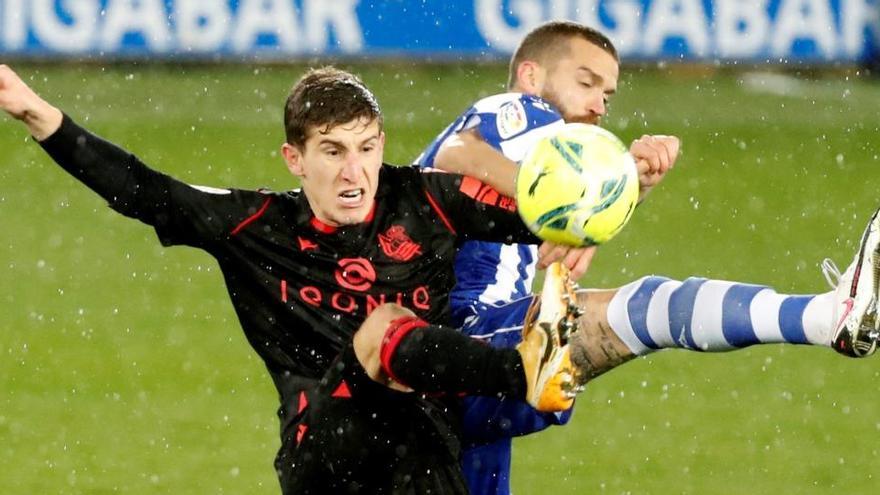 The Real society could not win against the ten players with whom the Deportivo Alavés after the expulsion of Argentine Rodrigo Battaglia in the 62nd minute and he achieved a scoreless draw in Mendizorroza with which he lost the lead, after not being successful in his search for the goal.

Those of Imanol Alguacil tried in every possible way, but they ran into a great Fernando Pacheco, who gave his team another gold point in a new final in which the Vitoria defenders fought tooth and nail to achieve another draw and reach 14 points, after six games without losing.

It was the third game of the season where Real Sociedad failed to score, but maintains its undefeated status away from the Reale Arena.

After the first setback with the loss of David Silva in the warm-up, the royalists gave the first warning at four minutes, but they found a great Fernando Pacheco who showed his great moment of form after taking out a shot from Swede Alexander Isak with his fists.

Joselu Mato responded with a very distant shot that sought to surprise Alex Remiro above, but everything was a scare for those of Imanol Alguacil, who did not have the usual fluidity in the movement of the ball against the fierce Albiazul defense, well planted in the first part of the match.

La Real dominated, but Alavés was very attentive to attack the San Sebastian goal with a more direct football than that of his rival, who pressed and enjoyed more elaborate attacks. In fact, those of San Sebastián returned to haunt the domains of the local goalkeeper and added many men in several of their actions.

Mikel Merino had his chance in the 29th minute, but his shot went over Pacheco, who was hit again moments later when Martín Merquelanz tried his luck from the edge of the area.

The rain gave speed to the ball that fell on the side of the realistic team, who tried both on the outside and on the inside, although sometimes they could not finish the plays.

In the 39th minute, the babazorros claimed a possible Modibo Sagnan penalty on Lucas Pérez, but the VAR dismissed it after its review.

Alavés entered the game better after passing through the changing rooms, but the game to the first torque of the men of Imanol Alguacil ended up dislocating the Alava behind. In one of the approaches Alexander Isak finished off with his right hand looking for the far post of an extraordinary Fernando Pacheco who returned to save his team and maintained equality.

The moment of the match came in minute 62, when with the ball stopped, the referee showed a direct red card to the Argentine Rodrigo Battaglia after listening to him, the referee, José Luis Munuera Montero, his protests.

La Real turned in search of the goal from this moment, while the babazorros retreated, although the script was repeated. In 80, Willian José sought the goal with a powerful shot from the penalty spot and again Fernando Pacheco appeared to destroy the realistic illusions.

This last phase of the match was a Gipuzkoan monologue that did not win the prize when it ran into the Vitorian wall, used to working like this in the final minutes and the duel died with a scoreless draw.

Incidents: LaLiga Santander match of the twelfth day played without an audience at the Mendizorroza stadium in Vitoria.