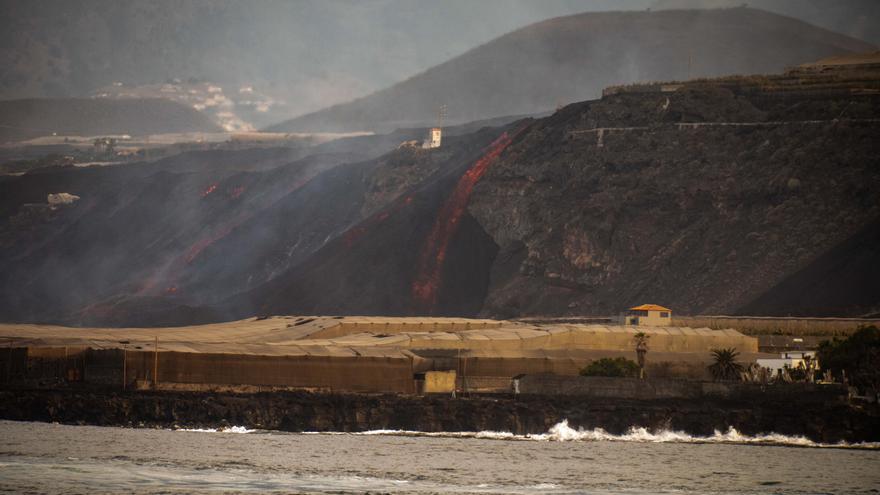 The Minister of Public Works, Transport and Housing of the Government of the Canary Islands, Sebastian Franquis, has advanced this Monday in the Parliament of the Canary Islands that is working in coordination with the Cabildo de La Palma and the Ministry of Ecological Transition and Territorial Policy to design a new coastal road that connects Puerto Naos, in Los Llanos de Aridane, with Tazacorte, to replace the road destroyed by the La Palma volcano.

The news comes just the day that the confinement of 3,000 inhabitants of Tazacorte has been ordered due to the arrival at sea of ​​a new wash. The information from Franquis was produced in response to a question from Sí Podemos in the parliamentary committee, he commented that the road, which will be financed by the reconstruction plan of the State island, It will also be a service corridor that stores electrical, sanitation and telephony infrastructures.

Franquis has indicated that roads “are essential” to restore normalcy on the island And for this reason, in recent days the works of the new road that will connect Puerto Naos with Las Manchas have begun, with a month of execution and a budget of more than 1.7 million.

Furthermore, in the medium term, both the El Paso beltway and the El Remo and Zamora highway will be “prioritized” in the highway agreement.

The spokesman for Sí Podemos, Manuel Marrero, has appealed to the administrations to continue “coordinated” to face the reconstruction of the island, given that the eruption has cut off the east from the west and there are more than 60 kilometers of roads affected.

What’s more, has shown its concern with the next announced rains because there may be runoff clogging sewers.