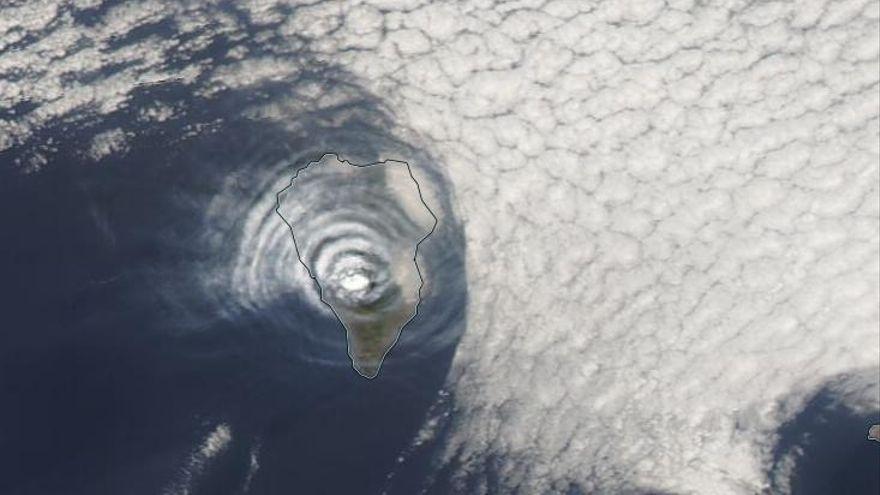 A cloud of sahara desert dust, next to sulfur dioxide (SO2) originating in the La Palma volcano, affects this Sunday to Puerto Rico and it has caused a deterioration in the air quality of the Caribbean territory.

The Caribbean Astronomy Society disclosed through social networks that the Copernicus Sentinel-2 mission of the European Space Agency (ESA) detected sulfur dioxide over Puerto Rico and the Caribbean from the Cumbre Vieja volcano, in La Palma.

The Caribbean entity indicates that ESA satellite images, which control emissions into the atmosphere, have detected a extensive sulfur dioxide cloud that comes from volcano in the Canary Islands, active since mid-September.

He emphasizes that the cloud has already entered the Caribbean and a dense part is this Sunday just over Puerto Rico, so the use of a mask is recommended.

The Caribbean Astronomy Society indicates that forecasts suggest that the cloud could reach the Dominican Republic at night of this Sunday.

The entity recalls that sulfur dioxide has irritating effects on the eyes and especially on the respiratory tract.

The National Meteorological Service (SNM) in San Juan indicated that the presence of SO2 combined with dust from the Sahara has been observed over Puerto Rico, with the latter dominating the region.

The most intense area of ​​the cloud was located on the island around 4:00 am hello local this Sunday.

The Department of Natural and Environmental Resources (DNER) of Puerto Rico recommends that the elderly, children and people with respiratory problems reduce activities that require prolonged exertion or intense outdoors due to the presence of SO2 and dust from the Sahara.

Air quality on the island is currently at a “moderate” level, according to the Air Quality Index (ICA) of the Department of Natural and Environmental Resources (DNER).

The National Meteorological Service (SNM) in San Juan reported that air quality will be affected until Tuesday, anticipating an improvement for Wednesday.