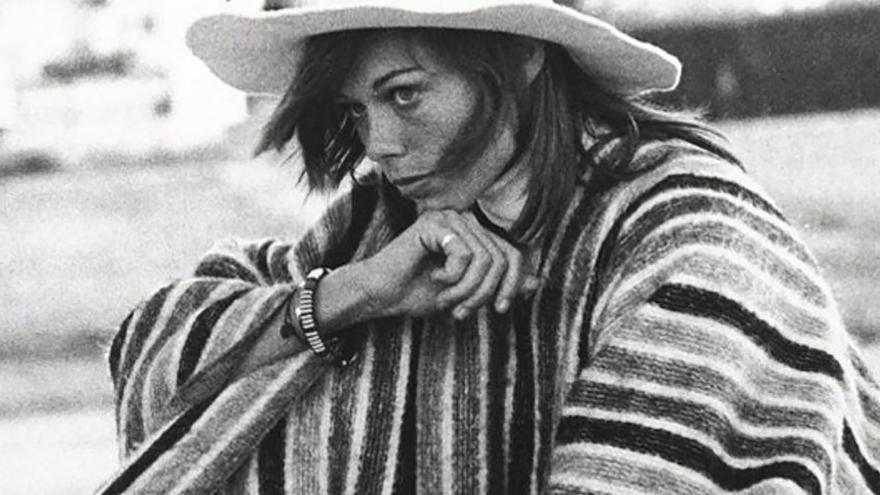 Serrat says goodbye. He announces that he is leaving it. Everything is already known about him, and on his farewell tour entire generations will be able to sing his lyrics from beginning to end. Except for one. There is a cursed song that has not interpreted for years: The montonera. A theme that is part of those few details of his professional career on which Serrat has preferred to be discreet, almost hermetic, perhaps because of the derivatives that they had both in the emotional aspect, as well as in their social and political commitment. The artist does not consider this song part of his official discography, to the point that his lyrics have never been included in his songbooks. And that, despite the fact that it is a beautiful love song that has nothing to envy the classics of the Catalan artist’s repertoire.

To understand the story of The montonera you have to go back to the end of the 60s. scandal of The, the, the and his veto on Spanish Radio Television to introduce yourself to Eurovision, Serrat decided to redirect his career by visiting countries such as Mexico, chili or Argentina. He was linked with that nation by sentimental ties due to his father’s great fondness for tango, who, according to him, got to know his own Carlos Gardel. A fact that, although it is shrouded in legend, would not be improbable, considering that the first successes of the Creole Thrush on slate discs were recorded in the Odeon house of Barcelona.

On 1969, the year in which Serrat decided to make the Americas, Argentina lived under the dictatorship of Juan Carlos Onganía that, like all governments – de facto or not – that emerged after the coup that overthrew Juan Domingo Peron, had maintained the proscription of Peronism established in 1955 by the self-appointed Liberating Revolution. This repressive situation had led to citizen movements demanding the return to democracy through protest actions such as “The Cordobazo”, some days of strikes and popular struggles in the streets of the city of Cordova.

Along with those movements supported by the powerful union organizations, in Argentina both urban and rural guerrilla groups began to emerge. Among them, the People’s Guerrilla Army, the Peronist Armed Forces, the Revolutionary Armed Forces, the People’s Revolutionary Army and those who have perhaps been best known for the importance of their actions, including the kidnapping of the Born brothers, whose sixty million dollar ransom broke all records of the moment: Montoneros.

Image made public by Montoneros after the kidnapping of the Born brothers. File

In 1968, a group of young people linked to base Christian movements and related to liberation theology grouped under the name Montoneros, starred in their first actions, aimed at obtaining arms, ammunition and uniforms for the police and the army. A few months later, in May 1970, a montonero commando kidnapped the former president of the republic, the dictator Pedro Eugenio Aramburu, from his own home, and after submitting him to a popular trial on a farm in the town of Timote, was found guilty and executed.

Poster seeking and capturing Montoneros militants for the kidnapping of General Aramburu. The woman on the left is Esther Norma Arrostito. File

Despite the dramatic outcome, a good part of that “wonderful youth” of which he spoke Juan Domingo Peron considered that the only way to fight for the return of democracy to the country was to be part of one of those guerrilla groups that, in addition to that internal support, required the sympathy of international public opinion, a goal for which a character like Joan Manuel Serrat it was key. Thus, during his trips to Argentina the artist came into contact with these groups, those he supported morally and, according to some sources, also financially. It would be his female militants who would inspire The montonera.

“With those hands of loving you so much / he painted ‘Fight and Return’ on the walls / staining with hopes and songs / the sidewalks of that 69”. With these verses that refer to one of the slogans that demanded the return of Juan Domingo Perón to Argentina begins The montonera, a song that, beyond its political content, it is a theme of love and admiration for a tireless fighter of which one gets to say: “How do you want me not to go / from here to there / carrying the spring, / falling and getting back up / the montonera”.

Despite the beauty of his lyrics and his music, the song was never recorded in the studio. In fact, the artist was always reluctant to perform it in front of a recording device. What he could not avoid is that the song, which for years was part of the repertoire of his concerts, was recorded during one of his performances in Cuba. Although it is said that a model became edited by Montoneros in a flexi-disc which contained on its other side a message of Mario Eduardo Firmenich, the truth is that it is that live recording, covered by arrangements of the musician Litho nebbia, which has survived to this day, thanks to its inclusion in the credit titles of the documentary film Utopia hunters, shot by David blaustein in 1996.

Poster of ‘Hunters of utopias’.

The uncertain origin of the song has been joined for years by the speculation about the identity of the woman who inspired the topic. The journalist Tamara smerling mentions in his book Serrat in Argentina: Fifty Years of Love and Adventures the names of Alicia —A monstrous girlfriend that the singer would have had in Argentina and who went out at night to paint in the streets “fight and come back” -, Paloma alonso —Daughter of the painter Carlos Alonso disappeared by the dictatorship – and even that of the Montonera leader assassinated in the ESMA Norma Arrostito. For his part, the journalist Philippe Broussard holds in his book The disappeared of San Juan, published by Planet in 2012 that is about Marie-Anne Erize, an Argentine model of French parents who, in October 1976, was kidnapped by three men, presumably from the Triple A, In the town of San Juan.

Despite Broussard’s extensive investigation, when in 2014 he was asked about it by the journalist Clarion Miguel Frias, Serrat preferred to avoid the matter once more: “this topic has its legends. I wrote it, without disclosing who it was, for a girl of 20, 22, who died in the jails of the dictatorship. I have not said never the name and I will not do it now, because it represents all the murdered women. It is not only a girl who dies. It is a girl who dies for an idea, for a thought so strong that, despite not feeling admiration for who she lead, she keeps fighting. ”

Another of the journalists who has tried unsuccessfully unveil the mystery that surrounds the song it is Diego A. Manrique. As he explains via email to this newspaper, that of The montonera it is a subject that the artist avoids over and over again because he considers it “a sin of youth.” In addition, Manrique explains, “it connects with another tortuous story, that of the money that the Montoneros obtained with kidnappings and that partly ended up in Spain, thanks to someone connected with Serrat.”

Neither in his biography

Not even Luis García Gil, one of the most renowned biographers of the Catalan artist, has managed to get more information. Although he has discussed the issue with the singer-songwriter to write his books, García Gil acknowledges that, when trying to address personal issues, Serrat is uncomfortable and impenetrable. An attitude that García Gil interprets as a sign that, in addition to the political element, The montonera it has a significant sentimental charge, an aspect that further clouds the issue. “With this song it happens as with Lucy that, although it refers to a stewardess who also currently lives in Madrid, by not giving information about her, it was always speculated that it could be Lucia Bosé García Gil comments in a telephone conversation. The montonera is a theme that I compare with Edurne, a song from the white disc that was censored in Spain but that did come out in Argentina and other countries. It was recorded in the 70s and it also has to do with a woman who makes the revolution and is involved with popular causes which, in Edurne’s case, is the conflict in the Basque Country in Franco’s time. In that sense, they are two songs that I would analyze in parallel because they are gestated at the same time and have that implication with social causes.

Without denying the political content of the topic or the sentimental link that Serrat had with the woman who inspired her, Luis García Gil does not rule out that the enigma surrounding The montonera has more to do with “the hobbies that musicians maintain in relation to their repertoire. Serrat is very jealous with the songs that he has not recorded. There are songs his that did not end up being included in official records and that, although we know their existence, for him they do not exist. I personally believe that The montonera It is a very beautiful song that, respecting everything Serrat does and decides, who is the one who has to guide his career, could have been re-recorded and appeared in Messy anthology taking advantage of the commemoration of his 50 years of career “.