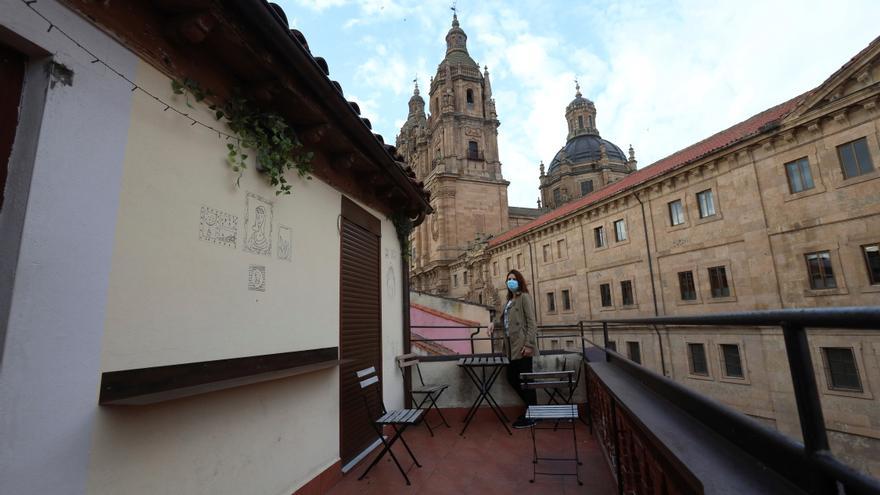 Valladolid, Jan 3 (EFE) .- The La Malhablada de Salamanca cultural center, a national reference space for micro theater that offers 15-minute works for 15 spectators in rooms of 15 square meters, has announced this Sunday its definitive closure due to the lack of support from the institutions, which has led them to an unsustainable situation despite the efforts of their owners to reinvent themselves and adapt their cultural offerings to the new situation created by the covid-19 pandemic.

La Malhablada, an initiative that was born in May 2014 in a building from the beginning of the 20th century next to the Casa de las Conchas, has garnered important recognitions during its six and a half years of life for its work in cultural development and the promotion of the theater, and even the Contemporary Foundation chose it as one of the hundred most relevant national cultural projects in the last ten years.

This art and micro theater laboratory has maintained a stable program throughout this time with companies and actors from all over the country and with initiatives such as the organization of the first classical micro theater festival with adaptations of works such as “La Celestina” or “Hamlet”, among others.

This four-story theater and culture home, which has also hosted exhibitions and concerts, has been forced to close permanently due to the economic difficulties it is going through as a result of the months that it had to remain closed in 2020.

Due to the confinement, they put the provisional closure between March and June and, already in July, after an important investment to convert the space into a place where gastronomy and micro-theater went hand in hand, respecting all security measures, it reopened its doors, that had to close again at the end of October with the tightening of the measures before the advance of the coronavirus in Salamanca.

Since then, its founders, Paz Pedraza and Gloria Hernández, have tried to renegotiate the rent of the building with the owners, to whom they owed the rent for the months they could not open due to the confinement, but the understanding has not been possible, according to confirmed to Efe Pedraza.

In addition, last August they took advantage of aid and subsidy plans from the Junta de Castilla y León of which they still have no news, while the subsidies from the Ministry of Culture “are not even focused on a type of rooms like ours, small and independent, and there has not been any line that we could embrace as a cultural company of these characteristics “, laments Pedraza, who also recalls that they have had to take on several loans to refinance all the debt and invest in adopting anti-crime measures. and reorient the cultural offer.

“The administrative gear does not work. Politicians are disconnected from the real needs of companies and announce measures that do not arrive or directly do not serve any purpose, such as the hype and saucer announcement that 50% of the rent will be paid, when this This is the case only for large owners, who are a minority, “the cultural manager denounces.

“The worst thing is not seeing that businesses are unviable because of the situation, it is the feeling that no matter if you disappear, others will come. After all, culture is intrinsic to human beings, right? Of course, don’t wait live off it “, Pedraza concludes. EFE