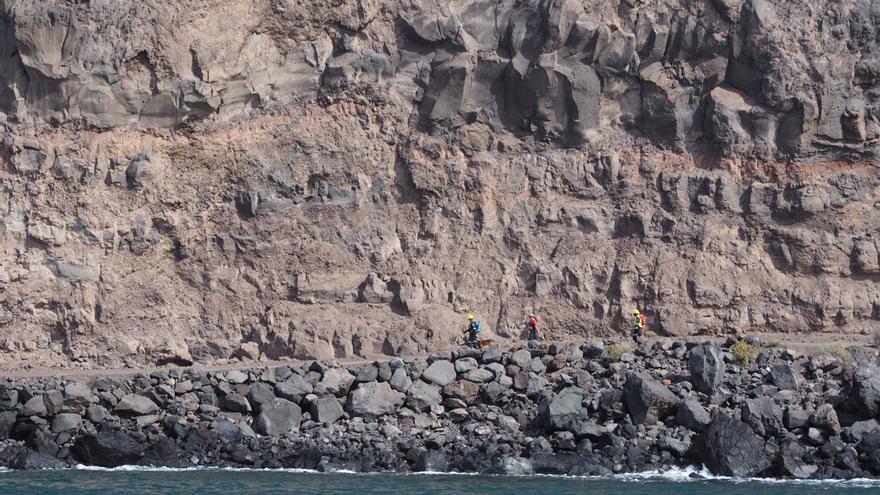 The president of the Cabildo de La Gomera, Casimiro Curbelo, has confirmed that no victim is found under the rubble of the landslide that occurred last Saturday, since the initial search carried out in Argaga and in the Valle Gran Rey accommodations was joined by the work inspection carried out by the AEA canine rescue unit.

Casimiro Curbelo explained that it was “the maximum initial concern, although now there is a long technical path dedicated to the study of the slope and the creation, by emergency route, of a pier that allows the maritime connection of this enclave with Valle Gran Rey “.

Curbelo thanked all administrations, security forces, professionals and groups of volunteers for the response given to the activation of Plateca last Saturday, due to the detachment that occurred at the access to Argaga, in Vallehermoso. It has also valued the coordination between all the parties involved in the operation moved to the Port of Vueltas, the point from which the operations were coordinated.

“The excellent coordination has been key to giving a quick response on Saturday, once the notice of the detachment was received. The media were immediately activated with the displacement to the island of troops from Tenerife and Gran Canaria, in addition to those that we already had. in La Gomera “, explained Curbelo, who thanked the work done by the Government of the Canary Islands, through the General Directorate of Security and Emergencies, as well as the town councils of Vallehermoso and Valle Gran Rey.

Regarding the operation, the Minister of Emergencies, Héctor Cabrera, emphasized the complexity of the tasks carried out on Saturday afternoon and on Sunday. For this reason, he thanked the work of the Local Police of both municipalities, the public security officers, maritime service and SEPRONA of the Civil Guard, the General Corps of the Canary Police, the CECOES 112, the GES, the Geological and Mining Institute of Spain, Voluntary Firefighters of Valle Gran Rey, Canary Islands Emergency Service, AEA, Red Cross, Civil Protection, Canarian Ports, Road Maintenance Service, as well as the companies Construcciones Sabina, El Silbo and Escuela.

“At times like the ones we have been experiencing since last Saturday is where the capacity for action and professionalism of each of those who have contributed to the operation is demonstrated,” said Cabrera.

Tags: argaga, collapse, confirm, debris, no, slingshot, there are, victims