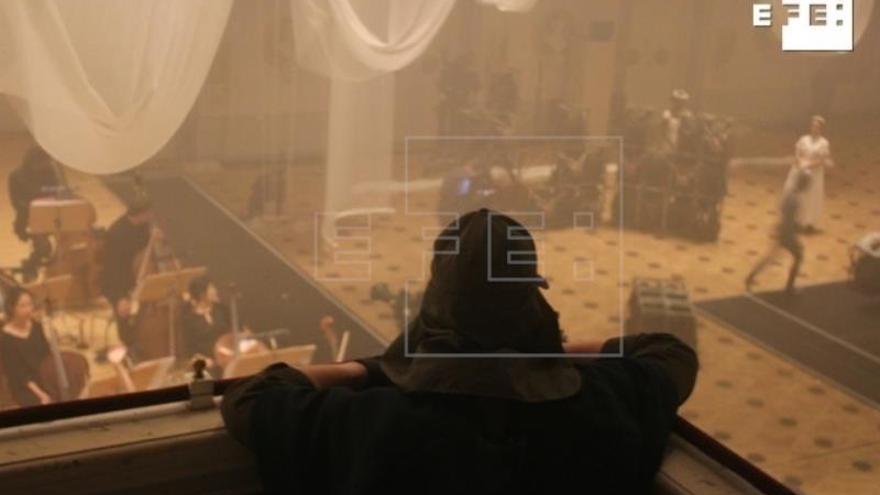 Berlin, Jun 18 (EFE) .- La Fura dels Baus premiered this Friday at the Konzerthaus in Berlin “Der Freischütz” (The Poacher), an environmentalist reinterpretation of the opera by Carl Maria von Weber with which this cultural icon was inaugurated in 1821 and in which the “fureros” make a pact with the devil to commemorate the 200th anniversary of the room.

Due to the pandemic, the play was performed with an empty room. In the square in front of the Konzerthaus, several hundred spectators (all with negative tests and a safe distance) attended a live broadcast of the opera. At the same time, the interpretation could be followed through the Franco-German television channel ARTE and from the auditorium’s website.

In this avant-garde adaptation, the entire auditorium was turned into a forest, with singers perched on cranes, actors in a glass pool, white fabrics depicting trees hanging from ceiling lamps, backpacks with deer heads, and a powerful light show. , music and shooting.

In the version of La Fura dels Baus, the hunter without aim who makes a pact with Lucifer to win a hunting contest is the man who destroys nature and pacts with progress to move on, explains Carlus Padrissa, artistic director of the opera.

“This work is a pact with the devil. But when you make a pact with him, the uncle charges something, which can be catastrophes such as the coronavirus or Chernobyl,” he explained.

If in Von Weber’s version one of the seven magic bullets of the devil could hit anyone, the adaptation of La Fura dels Baus makes it the “bullet of progress”, which “could be the coronavirus.” “It is clear that even the smallest thing can destroy us. So we must watch, because climate change threatens us and I do not know if humanity can continue to live here,” he said.

According to the director, the most significant thing about his reinterpretation is seeing that man is destroying the environment, a process that must be stopped. He explained that, as a society, perhaps one should suffer a punishment that brings awareness and stops the destruction.

But the main message, according to Padrissa, is that it is possible to get a second chance to try to stop climate change. Symbolically, at the end of the play, the seventh bullet does not kill who the hunter loves most, his girlfriend, but someone else.

He says that from the theater it is possible to awaken consciousness, even with works that are more than 200 years old. He adds that operas like Weber’s “want to tell us something”, are “like seeds” that later in the mind “give oxygen to live” and have messages that continue to be valid despite the passing of the centuries.

The original work is considered the first great opera of German romanticism. With a German libretto by Friedrich Kind, it is based on a German folk legend in which the forest plays a central role and in which Padrissa saw that there was a lot of potential and relevance.

The artistic director of La Fura dels Baus pointed out that this adaptation was intended to be performed with an audience, so that the audience would enter the room and immerse themselves with all their senses, so that they could feel a tree and “transform” into it. Performing it in a live virtual format due to health requirements, he acknowledged, is also a “very interesting” experience.

“For once the theater is not ephemeral, but it will be recorded so that they can see it in many years,” he added.

With the reinterpretation of La Fura dels Baus, the doors are opened to that second opportunity to which Padrissa referred to stop the destruction of the environment. “But it is not just thinking about it, it is doing it, it is acting,” added the artistic director.