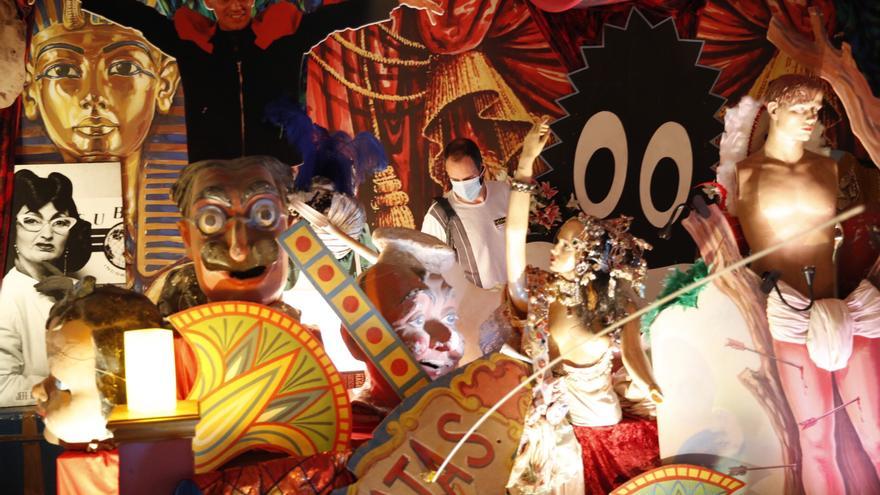 Barcelona, ​​Jun 17 (EFE) .- Kilos of clothes, hundreds of wigs, dreamy theaters and lots of feathers, glitter and excess make up the motley and fun exhibition that the La Cubana company has inaugurated this Thursday in Sitges (Barcelona), to celebrate its 40 + 1 anniversary.

“The company was born in Sitges, its inspiration comes from Sitges and in Sitges we wanted to celebrate our anniversary”, said its co-founder Jordi Milan, in front of the Miramar building, located in the noble part of the town and totally taken over by the “Cubans” .

From afar, you can already make out the large posters announcing the exhibition and some quirky figures that greet smiling from the first and second floors of the neoclassical building.

They are cardboard figures of Santi Millán dressed as a vedette and José Corbacho disguised as an orchestra singer for a major party, who greet the newcomers, surrounded by some of the many actors who have passed through the company over four decades.

In the middle of these life-size photographs, a huge cake warns the viewer that, in the exhibition they are about to enter, everything is excessive and fun, like the company itself.

“Acting in the street has its advantages, the public is already included”, added Milan, who appears forty years younger in the funny photographs of the early years, when La Cubana formed her personality based on a lot of street and a lot of interaction with the spectators.

The exhibition progresses chronologically from “Dels vicis capitals” (1981) to “Adeu Arturo” (2018), going through great successes such as “Cómeme el coco negro (1989) and” Cegada de amor “(1993), which spent five years in poster and was seen by more than a million viewers.

But the most spectacular is in the rooms called Warehouse, The Way of Making, The Wardrobe, The Brides and Weddings and Las Teresinas.

“We have brought twenty trucks of junk to Sitges,” Milan has confessed, something that is shown to be true as soon as the spectator enters the room where the costumes are exhibited.

“I believe that Jordi Milan was born in the Baroque”, jokes Santi Millán at the door of the room where they recreate, on a small scale, the 3,000 square meter premises they have in L’Hospitalet and where they keep the sets, among many others things.

A baroque style that grows room after room, until it reaches the one dedicated to Brides and Weddings, in which they have been able to put a two-story high wedding cake.

“We love weddings,” Milan acknowledges, “because there is nothing more theatrical than a wedding. At weddings people do theater in a natural way.”

The exhibition closes with the jewel in the crown, the area dedicated to Las Teresinas, three endearing characters created by La Cubana, representing three retired sisters who are very fond of gossip.

Here it is the public who can gossip and enter the room that the three share, in their bathroom, their kitchen and their living room. All very theatrical, how could it be otherwise with La Cubana.