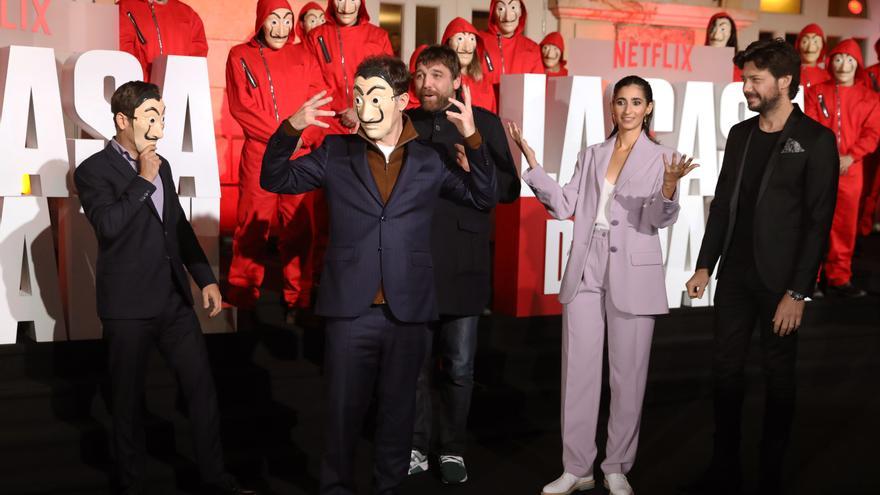 Los Angeles (USA), Jun 2 (EFE) .- The followers of "La Casa de Papel" ("Money Heist") will be able to feel part of the Netflix series thanks to an immersive experience that will tour cities like New York , Miami and Mexico City.

The "streaming" platform will thus promote the end of Spanish fiction, which has become an international phenomenon that will say goodbye this year with a season divided into two parts that will be launched in September and December.

Netflix has already opened a list of reservations to visit, this summer, the installation in Paris, London, New York, Mexico City and Miami, with the promise that it will also arrive in Los Angeles, Sao Paulo, Singapore, Rome and, for of course, Madrid.

Each attraction will have a theme adapted to the city they visit and will allow the public to put on the clothes of the protagonists, interact with the characters and decide their own destiny.

"'La Casa de Papel' was born in Spain but conquered the imagination of the whole world. Now, we bring that show home," said the head of Netflix experiences, Greg Lombrado.

September 3 and December 3 are the dates chosen for the premiere of the two volumes of the fifth season, which will put an end to the most famous robbery in the history of Spanish television.

In the first volume "an extreme warlike genre" has been worked on to place La Banda against the ropes, while in the second they focused on the emotions of the characters and is, therefore, "a journey through their sentimental map that it connects directly with the farewell ", explained its creator Álex Pina.

"The end of the biggest robbery in history is near and what began as a robbery will now turn into a war," Netflix concluded.