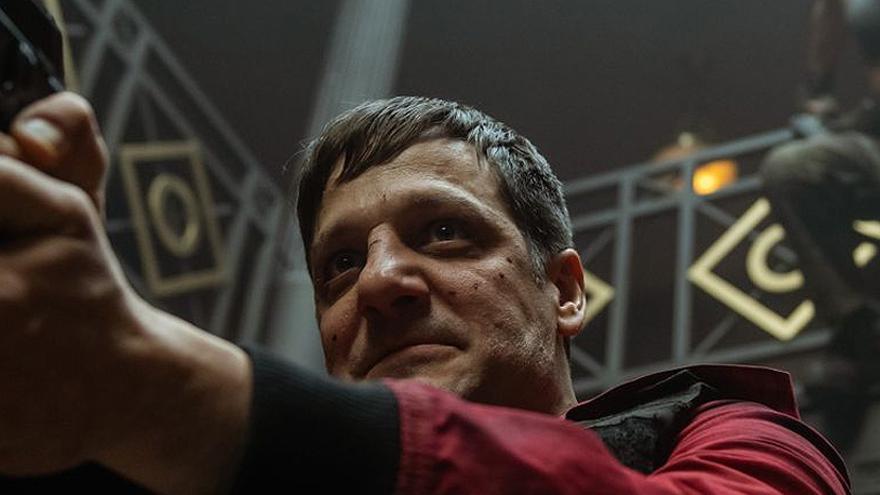 Now finally, the longest heist in history, the one with the best loot, has come to an end. Spanish audiovisual fiction dismisses its most successfully exported creature: a global phenomenon that local creators should already be seriously thinking about replicating. ‘The Money Heist‘ it has been liked even in those exotic places where any robber dreams of making a second life. Something like this should encourage, stimulate and inspire us.

What is not clear is that its end will also generate such a consensus. Not for being a bad ending, but for being an ending. Who would believe that without Tokyo (Ursula Corberó), this would be mere shadow of ‘LCDP’, they can breathe easy: in addition to appearing in ‘flashbacks’, their heroine is still present as narrator from beyond, a bit like Hannah Baker in ‘For Thirteen Reasons’.

It is his voice that adorns that surprising start of (mid) season, beyond our time and our atmosphere: a short Malick-style lesson on the spatial origin of gold. Soon, we come down to Earth, to the present and the harshest reality. The gang tries to come to terms with Tokyo’s death. Stockholm only (Esther Acebo) copes without terrible nerves, basically because he had taken morphine to overcome the feeling of guilt for the fate of Arturo (Enrique Arce). Only Tamayo (Fernando Cayo) takes it wonderfully: “Finally good news.” Worse news, Colonel: five of the soldiers you summoned at the Bank of Spain have fallen.

A lot of action

The teacher (Alvaro Morte) goes on the hunt for the escaped Inspector Sierra (Najwa Nimri), just given birth and with the baby in tow, while the band goes ahead with the planned plan. Well, there are actually several plans: Palermo (Rodrigo de la Serna) and Lisbon (Itziar Ituño) want to negotiate with the remaining military, but Rio (Miguel Herran) I would rather bust them. For these Robin Hoods begins a long chain of sincere or only strategic movements, desperate measures and long-awaited catharsis.

This final stretch does not disappoint in the aspect of the action: we found some neat (that is, legible) car chase; some precious duel (“in the rain, as in ‘Liberty Valance'”); abseiling with newborn in shoulder bag; elusive maneuvers of Sergeant Arteche (Jennifer miranda), or shootouts that don’t seem finished off in post-production. Nevertheless, the most visually electrifying sequence may be the ironic construction of a certain prefab house with a garden and doghouse.

In the midst of the tension, the band still finds moments to consider what they have dedicated their efforts to; where their decisions have led them; accept themselves. By the way, Alex Pina and his team of scriptwriters are marked reflections on the futility of war (in which no one ever wins and there is no right side) or, above all, the difficult dilemma between family comfort and that life full of surprises that the right gang can provide you. The final catharsis pop setting fails: if you want to strike a chord, there are less overexploited options than Coldplay’s ‘Fix you’. In general, ‘LCDP’ is better on adrenaline than llantina.

As in the previous five chapters, Berlin (Pedro Alonso) leads a parallel plot set years ago; in the remote origins of the adventure of the Bank of Spain. We know this started with another theft, that of a useful extraction pump from a Norwegian oil rig. Now we already know that these past adventures have been, in a way, like undercover pilots of ‘Berlin’, the ‘spin-off’ on the tongue-in-cheek character that Netflix announced just two days before the premiere of this finale. A year earlier, in 2022, the Korean version of the mother series will arrive, with Park Hae-soo (the most despicable contestant of ‘The Squid Game’) as Berlin. That is to say, an iconic series has died, but a franchise has just been born.