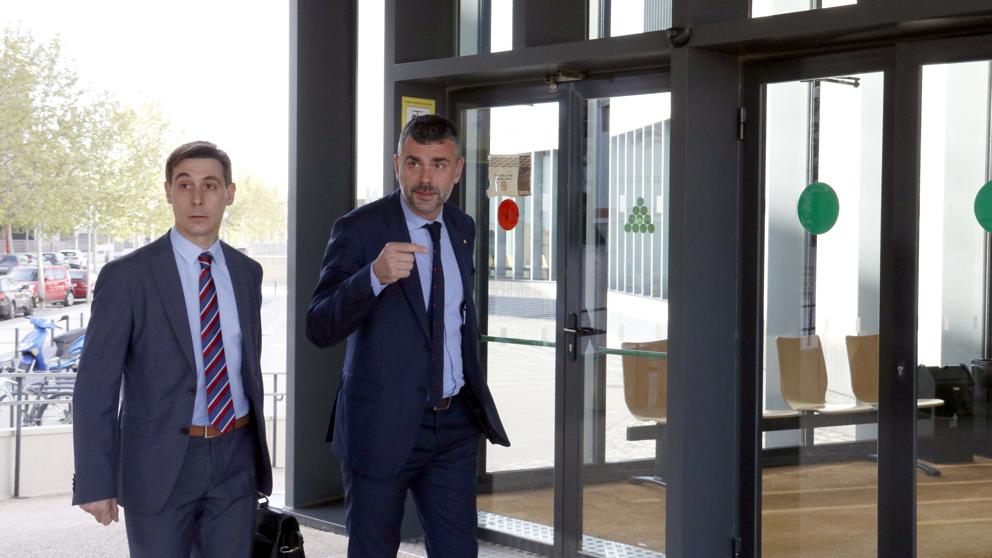 The Caixa de la Solidaritat, which collects donations to meet the bonds requested by the courts to Catalan politicians linked to the process, has refused to take over the claim that the court of instruction of Huesca has requested the exconseller of Culture Santi Vila, although he would have paid the bail of the ex-seller also Lluís Puig, charged in the same case.

On December 5, the holder of the Court of Instruction No. 3 of Huesca issued the opening of oral trial against Santi Vila and his successor Lluís Puig for not having delivered to Aragon the 44 works of art of Sijena that were in the Lleida Museum Despite the court order. I imposed a bond of 216,000 and 88,000 euros, respectively, for possible responsibilities, and had to pay a day later. Santi Vila He presented a letter asking for another month to pay the bond and the judge requested a report from the prosecutor. There has not been an answer yet, but if the resolution is negative Santi Vila has already recognized that he will be forced to seize his apartment in Figueres. And while the oral trial is scheduled to begin within a little over a month, it is possible that subsequent remedies will bring the claim to the Supreme Court and the final sentence may delay up to two years.

Former President Carles Puigdemont made a tweet where he acknowledged that Santi Vila and Lluís Puig “faithfully fulfilled, as cultural consultants, my orders to protect and defend the Catalan heritage” and thanked the Caixa de la Solidaritat “to help both.” But this entity, created in May 2017 by the ANC and Òmnium Cultural, announced that it had to study it because “we are aware that the case is controversial.” And finally this past Thursday he rejected it, in the case of Vila, through another tweet: “While there are reasons in favor related to the facts tried, there are others against, relating to the overall performance of Santi Vila.”

Initially it seemed that it would be the Generalitat that would take charge of the bond, directly or through the insurance that it has contracted for civil responsibility, but neither has it done so. Santi Vila has shown his surprise “because the legal services of both Culture and Presidency considered that the proceedings were in accordance with the law” and considers that this leaves officials and political positions in a total defenselessness. It is also surprising that the entities that pushed so that the works of the Lleida museum were not delivered “now have nothing to say.”

The president of the Association of Development of the Caixa de la Solidaritat Núria de Gispert and Vice President Ernest Benach have asked for more donations to pay the bond of 4.1 million euros imposed by the Court of Auditors to the Government of Carles Puigdemont, indicating that So far they have only been able to collect 800,000 euros. They also explained that they have treated 246 cases and paid 13.2 million in bonds. The highest is 4.9 million for former president Artur Mas and former con-jolers Joana Ortega, Irene Rigau and Francesc Homs.