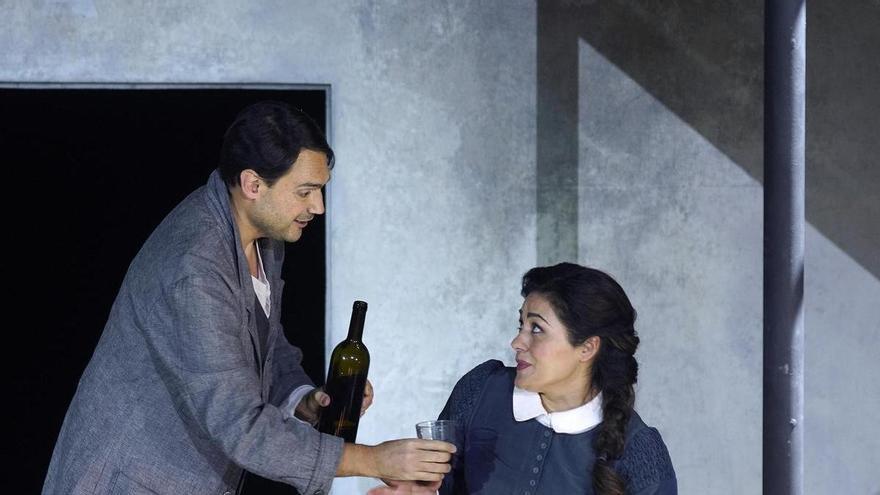 Madrid's Teatro Real has announced the composition of the cast that it has had to design ex profeso for the last performance of the opera La bohème, which has suffered a cancellation and various last minute changes due to an outbreak that has exceeded 60 cases, according to sources from theater workers, the choir and the orchestra. The Teatro Real carried out a test to detect COVID-19 infections on January 3 and 25 positives were registered, all asymptomatic or with mild symptoms. However, union sources, who have kept their own account, They have been counting a cumulative number of positives since December 22, much higher.

The cast of the last performance of the famous Puccini opera is made up of the interpreters of the first cast o cast: Michael Fabiano (in the role of Rodolfo, the protagonist) who had tested positive for COVID, asymptomatic, but who has already passed the quarantine; Vicenç Esteve (as Benoît) and Krzysztof Bączyk (Colline). Raquel Lojendio (Musetta) participates in the second cast. From the third cast (a selection that was not planned but which had to be hired due to sick leave and who sang the night before), Ailyn Pérez (in the role of Mimì, the other protagonist), Gabriel come on stage Bermúdez (as Schaunard) and Javier Franco (Marcello). Roberto Accurso, who has participated in all the functions as Alcindoro, will also do it tonight. The musical direction, as planned, will be carried out by Luis Miguel Méndez, who replaces Nicola Luisotti on three occasions during the 15 performances, of which only one has been suspended despite the outbreak.

The average occupancy of all representations has exceeded 98%. The highest number of infections is found in the choir, where there are 17 positives, which forces us to act with a choir of diminished voices, since the company for which these singers work, Intermezzo, does not replace the casualties.

Those responsible for the Teatro Real have summoned the union representation of the workers to an information meeting next Wednesday, January 12, to explain the management of the outbreak. According to official sources from the Theater, it "makes constant screenings" looking "actively for the positives." However, the artists of the choir, made up of fifty singers and where the highest number of infections is added, were not tested between August 23 and November 30, these being rapid antigen tests. The test of November 30 was not made to the entire choir, but only to five people in charge of singing solo parts. The rest of the choir was not auditioned until December 23. The performances of La bohème had started 11 days before.

Sources from the choir workers tell this newspaper that five of the artists who tested positive yesterday participated in the collective rehearsal that took place on January 2 with the newly hired third cast.