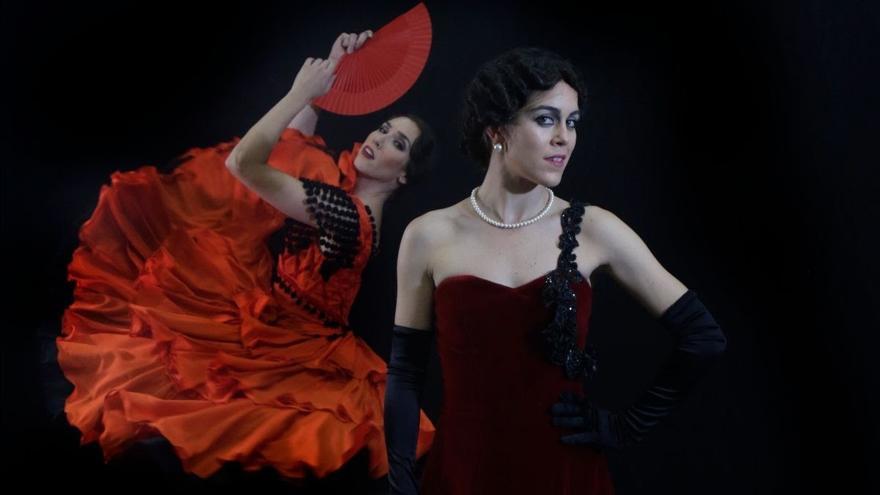 Madrid, Jul 1 (EFE) .- Rubén Olmo premieres his first composition as director of the Spanish National Ballet, “La Bella Otero”, a “dreamed” show about one of the most influential women of the late nineteenth century, an artist who fell in love with six kings and triumphed in Paris and New York, nicknamed “the siren of the suicide bombers.”

“I come with great enthusiasm and expectations”, said this Thursday Rubén Olmo during the presentation of the show, which opens on July 7 at the Teatro de la Zarzuela.

The fascination for the story of Bella Otero came by chance. “I saw a sign with her name on it and I realized that despite having heard it, I didn’t know anything about her. I started to investigate and was captivated by her story.”

The story of Agustina Otero (Pontevedra 1868-Niza 1965) is one of the most attractive legends of the last century. Born in Pontevedra, she was brutally raped at age 10 (an event that left her sterile). Noted by her surroundings, she decided to leave her region.

In his wanderings, at some point along the way he joined a group of artists, but the truth is that only part of his biography is real.

“She invented herself, an artist made fast with few foundations”, she fabled about her past and her present, hence in her history there are many doubts about what is reality and fiction.

“She was a very passionate woman,” says Olmo. She became the lover of six monarchs, she seemed incapable of professing love; “several of her lovers even committed suicide” because of her disdain, she was nicknamed “the siren of suicide bombers”, but she only fell into the arms of a passion: the game, for which she ended up ruined.

“He got fame, money and legendary jewelry, but lost it all at the casino,” Olmo said.

Gregor Acuña-Pohl, author of the libretto in which the story is based, says that he ended up in Nice, in absolute loneliness and poverty, during the last fifty years of his life, known as “the crazy woman with the doves” at that she fed, and continuing with her fantasies, saying that she was Bella Otero’s twin sister when a journalist approached her.

Acuña has carried out extensive research on which the ballet has been recreated around this artist who died at the age of 96, a legend at a time when she used “her female weapons to catch up with men”.

But, in addition, “he was one of the first stars as a result of publicity. When he arrived in New York, his producer and lover had been announcing his arrival for a year. Creating expectation. And in the port, thousands of people received him,” says the playwright.

The dancers Maribel Gallardo and Patricia Guerrero interpret Bella Otero at different times of her life. The first in the more mature stage – “it is an honor for me that they have counted on me,” he says, while Guerrero interprets his youth stage.

“It has a magnetism similar to the protagonist, the one that catches the public”, says Rubén Olmo about her.

The composer and conductor Manuel Busto has coordinated the creation of the score, in which Alejandro Cruz and Agustín Diassera have participated.

The director of the BNE points out that he needed different registers within Spanish dance to tell “that life that takes us from Pontevedra, to Monte Carlo, to the singing café in Paris, the Folies Bergère or New York.

“I wanted a very descriptive music that could express every feeling of the artist”, indicates Olmo, and for this reason they recreate a “Carmen”, “because she felt identified with her”, with a woman not subject to conventionalisms.

“I was looking for very danceable historical moments”, that’s why there is also a “can can”, a mazurka or a doll from the Rarefolk group, which due to the orchestra’s capacity will not be able to be in the pit.

An expressive nature and dance taken from the illustrations and his portraits, even by their placement in the photographs.

“Sensual dances that do not have a category in Spanish dance,” says the director.

A universal history that can be understood here, in Paris or in New York. “A life to be passionate about not only brightness, it is also a life of great darkness,” says Olmo, who indicates that it has not been easy to put on such a show in a pandemic.

“There have been no easy moments either for us or for the profession,” he concludes.