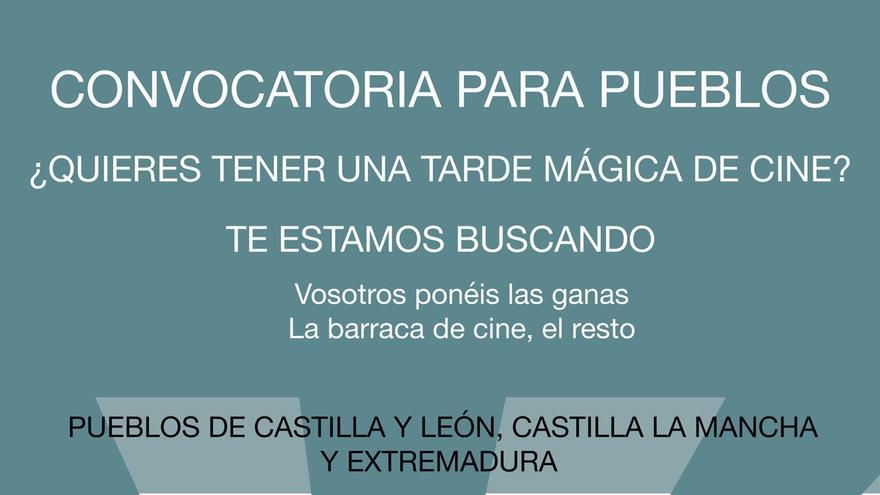 “La Barraca de Cine” is a mobile space for itinerant cinema that seeks to bring cinema closer to sectors hitherto deprived of culture and the audiovisual world; This includes not only reaching areas that have suffered depopulation and where the cinema offer has disappeared, but also taking advantage of pioneering technology that allows access to content for people with various disabilities.

In this case, “La Boda de Rosa”, by Icíar Bollaín, was chosen as the Special Jury Prize at the last Malaga Festival and winner of the Goya for Best Supporting Actress for Nathalie Poza and Best Original Song by Rozalén. The short film chosen is “Beef”, by Ingride Santos, also nominated for the Goya in its last edition.

The project, sponsored and promoted by the association of women filmmakers and audiovisual media, CIMA, consists of bringing women-directed films to rural Spain that include good practices to combat sexism in film and television.

Born in 2020, in the midst of the covid-19 pandemic, it reached 36 populations last summer, as part of the JUNTOS 2020 program of the Community of Madrid.

With free access for the residents of each locality, and with all the care required by the health authorities, the experience will be a comprehensive offer that includes the screening of a feature film and a short film directed by women, and a video presentation of the film by each director.

All this, accompanied by the presentation of a decalogue of good practices to combat sexism in film and television.

“La Barraca de Cine” also has innovative technology developed at the Carlos III University of Madrid that allows you to individually choose the language in which you want to see the subtitles, including adapted and audio description for deaf and blind people, as well as additional content.

The cycle will start next Saturday, March 13, in Husillos, province of Palencia, and will continue on Sunday 14 in Sahagún, province of León. The next turn will be for Hervás, on Saturday 20, and Torrejoncillo, on Sunday 21, both towns in the province of Cáceres.

The tour will continue on Saturday 27 in Piedralaves, Ávila province, and on Sunday 28 in Oropesa, Toledo, to continue in the coming weeks in other municipalities and regions that wish to share this cinematographic and cultural experience, a school of life that follows in the footsteps of hope and inclusion of the mythical Theater of La Barraca by Federico García Lorca.

Gloria Steinem: “We will come to live in an egalitarian society, although the road is long and complicated”