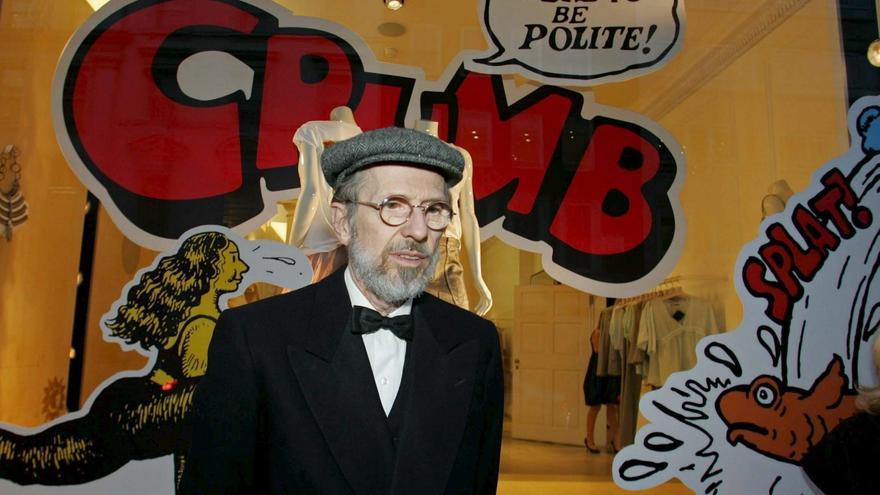 Madrid, Jan 24 (EFE) .- In “Kraut” by Peter Pontiac we can find Robert Crumb, Miguel Delibes and Art Spiegelman, but above all what we witness is an exercise in sincerity and mastery because it is a biography of Illustrated letter mode where the Dutchman tears himself to understand his father.

Published in 2000, this work now comes to Spain from the hand of the Fulgencio Pimentel publishing house, a house where their readers are accustomed to authors with extraordinary profiles, such as this Dutchman (Beverwijk, 1951-Amsterdam, 2015 ), who for some is someone known, since in the 70s comic strips began to arrive in Spain that were published in magazines such as “El Víbora”.

Strips focused on drugs and rock ‘n’roll, Alberto García Marcos, editor of the Fulgencio Pimentel publishing house, recalls Efe because these were the great vices of this “underground from head to toe.”

But in this Riojan editorial they also knew that Pontiac “was very different from that hooligan work”, specifically because he showed it in “Kraut”, where he undresses to tell the intimacies of his family, of his father, Joop Pollmann, a fervent Catholic , a volunteer in the SS, a war reporter on the eastern front and later a pink journalist who ended up committing suicide in Daabooi Bay, Curaçao.

A life that the Dutchman narrates in a letter where, as if it were Carmen’s soliloquy in “Five Hours with Mario”, he questions his father, narrates his life, reflects, criticizes, gets angry and is reflective at the end of the pages.

“It recalls the ‘Maus’ of Spiegelman, but here we have a man (in reference to the author’s father) who was not a victim, who was on the side of the executioners and is badly off,” García Marcos clarifies.

Of dense reading, due to the amount of information and drawings that Pontiac offers, “Kraut” starts with resentment, just at the moment in which he is notified of his father’s death. And from there the author opens the channel and shows how he needs to reconcile with that man he has not seen since 1978 because, in the end, he was someone who was carried away by his circumstances.

“It is written with a certain literary intention, it is a letter and it is designed in the way of writing, far-fetched, delicate, finding a way to give a lot of information but interspersing feelings. It is dense – García Marcos remarks – but he does a review of the history of pre-Nazi Europe “.

In this sense, Pontiac also offers a drawing of a refined “underground” style, so much so that remembering Robert Crumb himself is easy, although it is a personal style that sprinkles the text in a chaotically ordered way.

“He is an extraordinary draftsman, he has a capacity for perspectives, human gestures, well-made frames, but that influence is there, although he takes it further,” explains García Marcos.

Although this work has been admired by Will Eisner, who said it was an “absolutely innovative” work, or by Michael Faber, who emphasizes that it is an “absorbing story, guided like a classic thriller”; It is not known to the general public for a simple reason, that Pontiac was Dutch, and not American.

Of course, as a cartoonist in his native country he is the “godfather of the underground”, remarks the editor of Fulgencio Pimentel, who also highlights this author’s way of dying: “Because his liver couldn’t take it anymore, he was a heroin addict”.

Fulgencio Pimentel brings us this fundamental work to Spain not only because of its quality, but because of the history contained in this letter drawn from Pontiac, an admired artist who, among other works, labeled in 1995 the translation of the second part of “Maus. Story of a survivor. ”

For this reason, due to the great knowledge that Pontiac had about Spiegelman’s work, he considered that his “Kraut” was a “response” to those pages where mice are the protagonists of a startling story about Nazism.