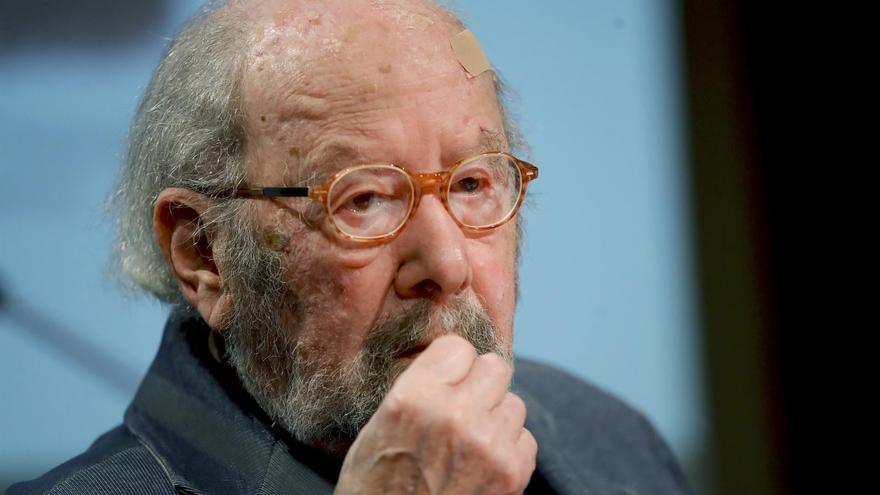 The word worried him. Not just the word he plays to gloat and masturbate in rhetoric out of nowhere, but the one used to detach human consciousness from the bones of his actions. And he was worried about tuning it to the max. Slowly he wrote, rewrote, corrected and by the third draft he was already satisfied. He opened the published book, found that it repeated an adjective in the same poem, and it made his day bitter. That time it was “unanimous.” He took poetry as a linguistic fact with which to discover and spread a new version of reality. The conquest of that fact had the adjective at the top. “The search for an adjective has sometimes cost me my health,” José Manuel Caballero Bonald once told me, who just died at 94 and seemed, truly, immortal.

Pepe, who was the author of poems, memoirs, novels, essays, awarded all the awards (even during the Franco regime) and whose face appeared on an ONCE coupon, always wrote against the submissive, the dogmatic, the obedient. The culprits of what happens, he said, and used a verbal present that stretches from the mortal blow against the Second Republic to the present day. He said it bluntly: Francoism is still latent in a “very clear” line of succession, he assured, which started with the dictator, continued with Manuel Fraga, passed José María Aznar and continued with Esperanza Aguirre. About Isabel Díaz Ayuso we didn’t have time to ask her. Caballero Bonald did not change his political and social struggles to change the world and in recent times he found those responsible for all the evils, the gregarious.

The gregarious, wrote Pepe, is the one who believes that he will be able to subvert the power of doubt. A walker without perplexities. “Poor people who have played a trick about religion and their catechism boastful; people who wield selfishness as a trophy and like to show their condition as a support for banality. None of their stupid narcissisms match their most unequivocal manners , while all his faramallas refer to the same quagmire of pretenses. The fool is there an eminent brotherhood and the badulaque the chief of the tribe. The most publicized attributes of his nature are also the most fallible. ” Caballero Bonald was always behind the little human thing, warning that life would not be a journey if you are not trained in the trade of uncertainty. The gregarious man has everything so clear that he does not see his blindness.

Six years ago he published Unlearning (Seix Barral), an anthology of anger that we could assume as his living will and from which the quotation mark in the previous paragraph has come out. It is dedicated to the “only legitimate inhabitants” of this land: the self-absorbed, the introverted and the melancholic. To the rebellious who do not keep silent or stop pointing out “a land that has never been able to stop the derisions perpetrated by its own inhabitants.” The vileities of the past, Pepe denounced, have been transmitted as endemic scourges until today, in a “gradual polluting spread” thanks to the silence of the gregarious. Caballero Bonald wrote to avoid “the sordid security where all those who prefer to be silent coexist.”

But the poet who sang against the unitary and the certainties, the disenchantment and the accommodation, who did not spare an adjective to make the past a present matter, the one that went well with memory and reasoning, did not want to know anything about informative literature the explicit one that copies reality as it is. He was not interested in leaning out the window, nor in the chronicle of events. This distanced him from the group of the fifties (except for Barral and Valente), with whom he did not share, he said, the simplistic instruments of the social novel. His denunciations against the guarantees of forgetfulness were tied to poetic rules, less accessible – he knew it and recognized it – but perhaps more durable and powerful. He never renounced the social meaning of the word, but neither did he want to reduce its beauty to the most schematic statements. For Pavese, poetry was a form of defense against the offenses of life and Pepe wrote defending himself from what he hated (basically, living in a confessional country that feels nostalgic for national Catholic Spain). He did not want to belong to that Spain that Luis Cernuda also hated.