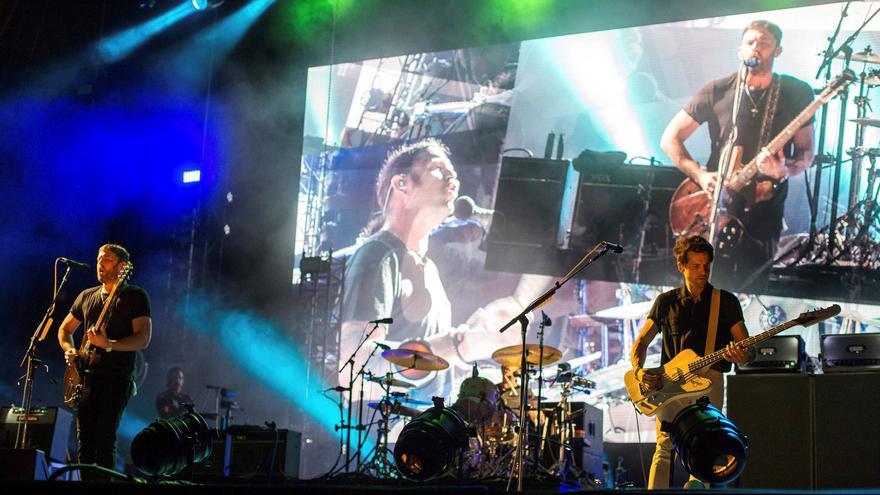 New York, Mar 5 (EFE) .- The American rock band Kings of Leon is since this Friday the first group to present an album in NFT format (Non-fungible token or cryptographic token), which it has titled “When You See Yourself “so that a digital album can be converted into an original reproduction and a collector’s item.

The group has launched the disc in this new system that is revolutionizing the artistic market, since NFTs use blockchain contract technology to create a representation of original content that cannot be plagiarized without losing its originality certification.

In fact, “When You See Yourself” will be presented in two different configurations as part of a series that he has called “NFT Yourself”: the first, with access to a “deluxe” version of his album and, the second, which gives advantages also for their live concerts, as seats in the first row for life, of which only six will be offered, which went up for auction this Friday.

The innovative NFT links a digital content to blockchain technology, although instead of being used to create cryptocurrencies, where all currency units have the same value, it generates records that differ in value between them for different reasons (scarcity, originality, authorship. ..), as with trading cards, comics or philately.

The first version of the NFT of “When You See Yourself” sells for $ 50 (about 42 euros) and includes access to a digital download of the music and a vinyl record, while the second will be auctioned by the technology startup YellowHeart ( NFT music platform) during the weekend, from this Friday to Sunday, March 7 at 8:00 p.m. local time (01:00 GMT on the 8th).

Although only six of them will be sold to the highest bidder, Kings of Leon decided to produce eighteen, which will allow the group to bring more to the market in the future, as in the past with physical collectibles.

The NFT fever was popularized with “CryptoKitties”, a kitty collecting game created by the Canadian company Dapper Labs that has now evolved into art auctions or has led the NBA to sell videos of baskets to collect .

Last week, a 10-second video created by digital artist Mike Winkelmann was sold for $ 6.6 million (5.5 million euros), who has confessed that only four months ago he signed his works with a cryptographic token.

In addition, the auction house Christie’s will close next week its first auction of an NFT, “Everydays: The First 5000 Days”, a work by Winkelmann, known as Beeple, which could reach a new millionaire record and consolidate this type of art and digital investment asset.