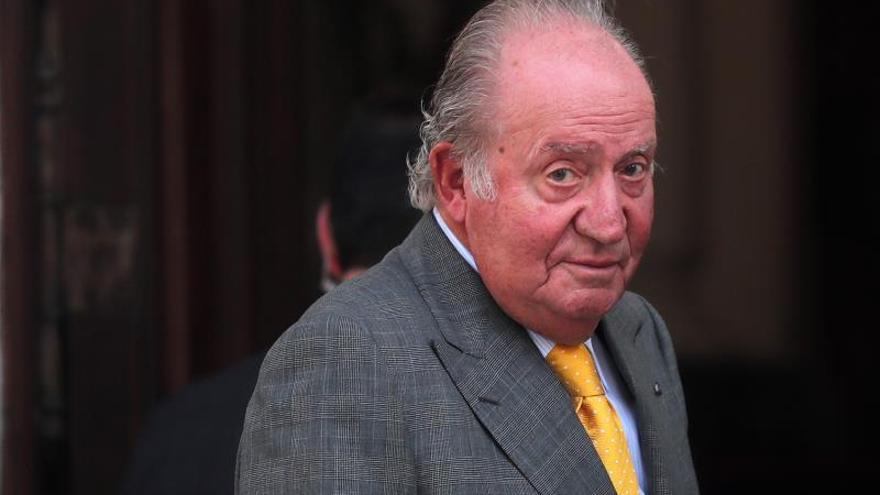 New revelations about the Saudi money allegedly received by King Juan Carlos I. The statement of the lawyer Dante Canonica, the alleged figurehead of the emeritus, before the Swiss prosecutor Yves Bertossa reveals the orders given by the then Spanish head of state to create a structure in Switzerland through which to hide a “significant donation” that he would receive from the Saudi king, as El Español progresses this Monday. Bertossa estimates that the amount would be around 100 million dollars.

This statement follows the one made by the king’s ex-partner, Corinna Larsen, who acknowledged that he had received 65 million euros from Juan Carlos I “out of gratitude and love”. In this case, Canonical notes that the orders of the king emeritus to move this “donation” from the Saudi monarch were given from her own office in the palace of La Zarzuela. The prosecutor considers that the king relied on Canonica, Arturo Fasana and the Mirabaud bank to carry out this operation.

According to information from El Español, Canonical also detailed Fasana’s comings and goings to Washington and Basel and Juan Carlos’s instructions to meet with the Saudi ambassador to the United States, who acted as an intermediary in the transfer of these 100 million dollars.

The lawyer, a collaborator of Fasana, explains that he met the king in his office in Zarzuela in 2008, a meeting in which he explained that he was going to receive this donation, of which he said he did not know the amount. “I ask if there was the possibility of creating a structure to receive this donation. I replied that it was important for us to know the quantity and that it was also important to create a totally transparent structure, that is, that Juan Carlos I should appear as beneficial owner, “says Canonical in the statement collected by the aforementioned media.

Canonical insisted in his statement that he warned the king that this operation through an opaque structure could not be carried out since the bank of Geneva, upon receiving this amount, would have started a process known as due diligence, a kind of money audit.

The donation was carried out, according to previous information on the case, in an account of the Lucum Foundation. The prosecutor doubts that this company was created in a “totally transparent” way. Both Canonical and Fasana, both investigated, appear in this society as president and secretary. According to the Canonical statement, both asked the king to guarantee that this money did not come from the collection of a commission, although Bertossa suspects that it comes from the operation of the AVE to Mecca.

Canonical explained to the prosecutor that they finally met with the Saudi ambassador to the US, who conveyed to him and Fasana that the money was a “pure gift” and advanced a fork that ranged from 20 to 100 million dollars. It was after this meeting, explains the lawyer, when they both opened the Lucum offshore Foundation. There was a second meeting between Fasana and the ambassador where the details of the account of that company in the Mirabaud bank were transferred.

“It was then that we discovered the exact amount of the donation. We called Juan Carlos I, who was stunned to learn the amount that had been paid. He uttered a phrase such as ‘Oh my God! They have been very generous, ‘”Canonica explained to the prosecutor in her statement about the king’s reaction.

In the framework of this case on the funds of the former king, Bertossa made a statement to Corinna Larsen last December as an investigator, as well as the alleged figureheads Arturo Fassana and Dante Canonical, who was responsible for the foundation whose first beneficiary was the king emeritus and in which the current monarch was listed as the second beneficiary –Without his knowledge, according to Zarzuela–. Bertossa believes that the 65 million euros that were transferred from the Lucum account to another in Larssen in 2012 come from the 100 million that Juan Carlos I received a commission for the construction of the AVE to Mecca in 2008, according to the Swiss newspaper Tribuna de Ginebra.

According to the Geneva Tribune, Juan Carlos spent a few years taking money from that account until in 2012 he closed it when Switzerland tightened its anti-money laundering laws and he distributed the money that remained in it between two of his ex-partners: 65 million for Corinna Larsen and 2 million for Marta Gayá.

Regarding a possible move by the former monarch to hide that amount through the German businesswoman, the ex-partner of Juan Carlos I told the prosecutor, according to El País, that “at no time [el rey emérito] He said he wanted to get rid of that money. I do not know if he had declared these assets to the Spanish treasury. I had vaguely heard of a tax amnesty in Spain, but since I do not live in that country I do not know the details. “The alleged figurehead Dante Canonica corroborated that version of Larsen:” I remember that Juan Carlos I wanted to irrevocably transfer his assets to him . I don’t think I told Corinna that the king was doing it to get rid of his assets. ”