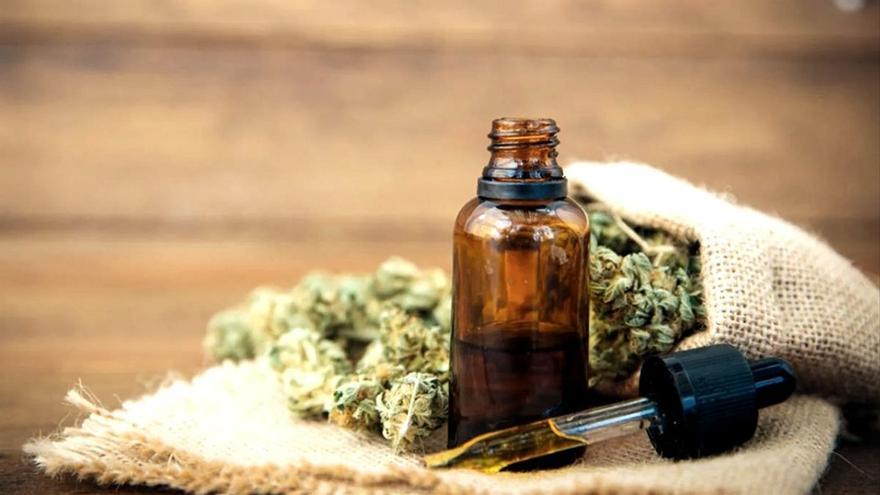 Congress deadlines are slow, but they end up coming. And next Wednesday the 16th is an important day for patients waiting for a regulation of medical cannabis. That day, the subcommission to analyze experiences of regulation of cannabis for medicinal use starts walking in the Lower House definitively.

A total of eight months will have passed since work began on this matter: four months since it was agreed to create it in June until it was established in October and another four months from that day until next Wednesday. The wait has been long, but the patients believe that the disposition of the political board allows them to think of a regulation at the end of the tunnel. With great faith –and a little information– they hope to have some result before the summer.

For now, the first step will be to set the work plan and close the appearing parties. Subcommittee sources explain that there will be a maximum of 30 people who will pass before the deputies in five or six sessions. The purpose of the subcommittee, its name says, is to evaluate other experiences to implement a regulation here, so that at least some of those appearing will be responsible for some of these programs. The sources do not detail if the lobby (from patients to the pharmaceutical industry, very attentive to these movements). But everything indicates that support for the initiative is assured.

Carola Pérez, president of the Spanish Observatory of Medicinal Cannabis (OECM) -one of the groups that has pressed the most for a regulation-, explained at a press conference last Thursday that all the parties except Vox have assured them that they are in favor of regulation. Including the PP, which voted against the creation of the subcommission, although with the popular ones there is a but: they have requested the creation of a white paper on the medical use of cannabis carried out by the Carlos III Health Institute (ISCIII) collecting the scientific evidence.

Manuel Guzmán, Vice President of the Observatory, Professor of Biochemistry and Molecular Biology at the Complutense University of Madrid (UCM) and one of the world's leading cannabis researchers, describes as "shocking" and "absurd" this request. "Some 45 countries around the world have medicinal programs, in Canada since 2000, in California (USA) since 1996. It doesn't make sense that the evidence that worked there doesn't work here," he is surprised. They are nations as disparate as Israel, Uruguay, Germany, France, Italy, South Africa or Thailand.

In addition, they warn from the OECM, if the subcommittee starts there, it would de facto end the initiative because it would delay the law itself and would not give time to have it before the end of the legislature, the deadline for any parliamentary activity, because everything is not resolved before the elections declines and we would have to start from scratch. From the PSOE they rule out that this route will be followed: "We are not in that", explain sources from the subcommittee.

In any case the key, understand all the actors involved, is in the socialists. With the support of the small parties in Congress practically assured –including formations such as the PNV, precursor of the initiative, or Ciudadanos, which has always been in favor of therapeutic regulation–, a yes from the PSOE would carry out the report that it must prepare the subcommittee and which would later become law. Even without the PP, although the idea is to seek consensus. The good news, they value from the OECM, is that the socialists have been relaxing their position –until a few months ago they were in the "no" position in the face of what they said was a lack of scientific evidence on the medicinal effects of cannabis– and they seem predisposed to support regulation, as they demonstrated by voting in favor of the creation of the subcommittee and their spokesman on the subcommittee, Daniel Viondi, has stated.

In the background flies over, reflects Guzmán, the Spanish peculiarity. The vice president of the OECM explains that in most countries of the world the regulation of cannabis for medicinal purposes has nothing to do with ideology. But in Spain yes.

"It is an issue of patient health and should be outside of ideology," says Guzmán. "In Germany [el programa de cannabis terapéutico] Angela Merkel started it [conservadora]in Canada it was Jean Chrétien [liberal] and in Israel, Ariel Sharon, who is ultra-Orthodox, for 15 years now. It was considered that it was going to benefit the patients and it was done ", he illustrates.

But in Spain, no. At least among the big parties, the right has traditionally refused any kind of regulation and the left has supported it. Yes, there have been more transversal formations such as the PNV or Ciudadanos that have left this logic. In the case of the Basque group, they are in fact the promoters of the subcommittee and have a certain history of legislative activity in Euskadi, although they have often clashed with the Justice, which has alleged a lack of regional powers to validate their proposals.

Guzmán explains that the key points that the commission has to address (in the scenario in which everything goes ahead) are "the who and the how." Who will be able to access medical cannabis and under what conditions will it be dispensed. The researcher recounts the list of groups that could be users of medicinal cannabis, according to the scientific knowledge accumulated up to now.

"For cancer patients (it reduces nausea, increases appetite -which allows them not to lose as much weight-, reduces pain, relieves stress and insomnia), patients with neurological diseases, including pain, who usually be 70% of the patients of the programs... For neuropathic, inflammatory pain, pain associated with cancer... It also relieves muscle stiffness, motor disorders, fibromyalgia, stress...", he lists.

But this is also a political decision. Different models around the world differ as to what these programs allow. This is the fight. In Spain there are already a handful of drugs allowed by the Spanish Agency for Medicines and Health Products: Dronabinol, Nabilona, ​​Sativex and Epidiolex. What patients are asking for is that the regulation also be opened up to preparations, for example through master formulas prepared by pharmacists specifically for each patient, because the authorized medicines are very specific and do not serve many patients.

Around the world there are models for all tastes. There are countries, like Spain, that only allow a few medicines. Others, for example Uruguay, accept the preparations, oils or even directly some specific varieties of the cannabis flower (the bud), like Italy. There are countries, such as Austria, that limit its use to certain patients. In the case of the Central European country, they are those with multiple sclerosis, HIV, cancer or nervous system diseases. In Belgium it is for glaucoma sufferers and patients with chronic pain or to treat epasticity caused by multiple sclerosis. Other countries, such as Brazil or Germany, give doctors the freedom to decide which ailments to treat.

At the OECM they are aware that this aspect needs to be treated carefully so that therapeutic programs do not become rivers of people claiming to have a headache to access quality and cheap cannabis. Because, this is the second basic leg for patients, one of the keys is that the program is accessible, or it will not work. It has been seen in other experiences of the world. "In the United Kingdom it is a legal loophole and both patients and doctors are erased; in Portugal cannabis is too expensive and people end up on the black market," he illustrates.

This how is, perhaps, the key to this entire process, as it will be to comprehensive legalization if that debate comes one day. Different countries have different models of access to cannabis, ranging from the most social (which allow self-cultivation, for example) to the most restricted (through the hospital pharmacy) through the most capitalist (in which cannabis is dispensed in stores, albeit with a prescription). Again, different approaches: Australia issues licenses to producers, Canada allows self-cultivation if it is for medicinal purposes and with permission, and in Denmark it is dispensed by the pharmacist.

The OECM advocates "a compromise solution" halfway, with pharmacies and the master formula (the preparations made by the pharmacists themselves) as axes to also ensure availability throughout the territory.