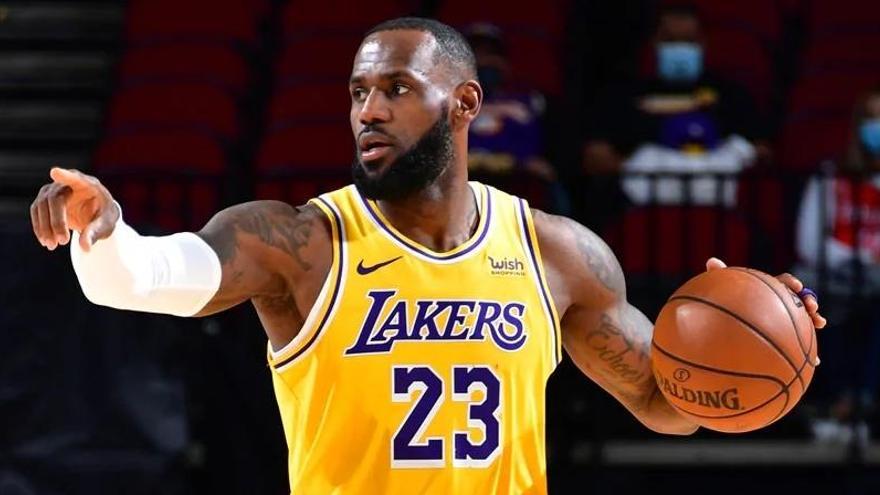 Eaves Kevin Durant of the Brooklyn Nets and LeBron James of the Los Angeles Lakers, headed this Thursday the first installment of fan voting for the NBA All-Star Game, according to information provided by the commissioner’s office, Adam Silver.

Durant, who missed all of last season, his first as a Nets player, with a torn Achilles tendon in his right leg, led all players with 2,302,705 votes, slightly ahead of James’ 2,288,676, the highest total in the Western Conference.

The guard Stephen Curry (2.11 million)of the Golden State Warriors, he was the only player, other than Durant and James, to surpass 2 million votes and, as a result, was the outstanding leader for the top spot among the West guards. Another point guard, the Slovenian Luka Doncic of the Dallas Mavericks, was second with 1,390,000 votes, followed by Damian Lillard of the Portland Trail Blazers (998,853).

Durant was followed in the tall men position by the Milwaukee Bucks power forward, the Greek Giannis Antetokounmpo (1.75 million votes) and the center of the Philadelphia Sixers, the Cameroonian Joel Embiid, received 1,580,000 to occupy the third place. All three players were well ahead of the Boston Celtics’ power forward Jayson Tatum, who was fourth with 822,151 votes.

Washington Wizards guard Bradley Beal – the NBA’s leading scorer – ranked No. 1 on the Eastern Conference short list with about 1.3 million votes. Another guard, James Harden of the Nets, was second with 1,093,611 votes and his teammate, point guard Kyrie Irving was third with 1,014,763 votes.

The vote for Durant, Harden and Irving confirms the popularity of the new ‘Big 3’ of the NBA that have been formed within the league with the Nets.

Voting for the All-Star Game began on January 28, and fans were able to do so through the NBA’s website, its app, or on Twitter, and will continue until February 16. The headlines of the All-Star Party, which are determined through voting by fans (representing 50% of the votes), the media (25%) and players (25%), will be known on TNT February 18. The reserves, which will be voted on by the NBA coaches, will be announced on the same television network February 23.

Due to the coronavirus pandemic, the traditional All-Star Weekend that was to be held at the Indianapolis headquarters has already been canceled. But the NBA and the Players Union work with the possibility of play an All-Star Game in Atlanta, during a single match, in March, in which only the selected players are present and the Skills Contest is also given. The collection that can be obtained will be delivered to schools in the communities most affected by the coronavirus.