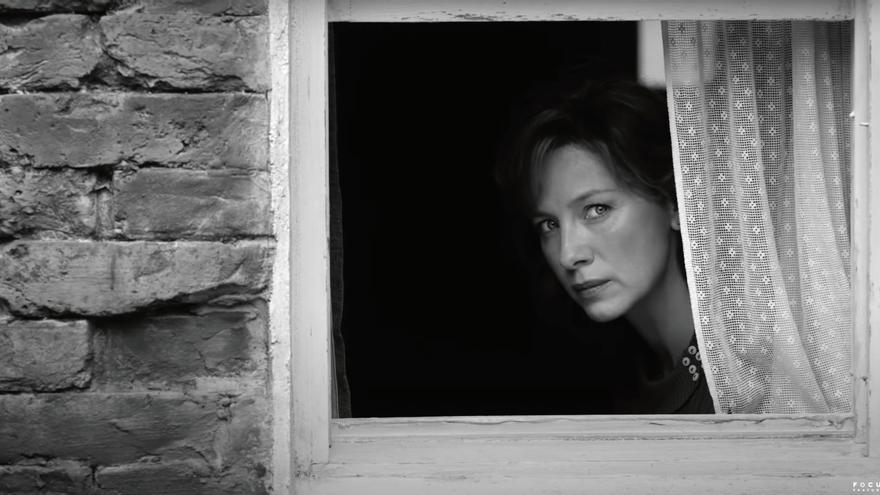 In recent years there has been a surprising trend between autobiography and the cinema within the cinema. It consists in the fact that, at an advanced point in a filmmaker's career, he wishes to go back to his childhood to make a whole film about it, to help him reflect on what has made him the way he is. Be interested in the things he has been interested in. The precedents are as illustrious as Proust and his madeleine, but in the audiovisual it is Federico Fellini who usually stands as the main promoter.

going beyond Amarcord and of the autofictions into which Woody Allen or Nanni Moretti have been falling in one way or another, we can set a boiling point in 2018 with Romewith many similarities to Kenneth Branagh's latest film, Belfast. The career of this director and actor had already kicked around the theaters before beginning to forge an incombustible respect, which underpins the images of Belfast. Exquisitely crafted images, in black and white, that invoke what Alfonso Cuarón developed in his latest film.

Last year, without the need to remove color from your memories, Paolo Sorrentino performed a similar exercise with It was the hand of God. And in the coming months two authors of the stature of Steven Spielberg and James Gray will do the same in The Fabelmans Y Armageddon Time. The trend is consolidating and it does so with the support of a large part of the critics, who have not hesitated to equally embrace Belfast. Even when it has considerable problems, which go beyond the complacency of those who can only see childhood with nostalgic eyes.

Kenneth Branagh is a figure that is as interesting as it is distant from the aforementioned directors. Despite the fact that from the beginning he has cultivated a very personal way of approaching cinema, there has hardly been any critical concern in his long career to associate him with a style, or identify him as an author. It doesn't matter that you can easily trace him in his aggressive camera setups or in his sequence shots of choral dialogues, in the wake of Buñuel or Renoir. His career has always followed other paths, respectable but allergic to detailed analysis.

The reasons for this disinterest are very commendable, actually: Branagh has specialized in adapting foreign material without ever wanting to place himself above it. After he moved to England from his native Northern Ireland in 1969—a year that sets Belfast—, Branagh developed a passion for Shakespeare that exploded on stage, becoming a great figure in British theater when he was barely twenty years old. His admiration for the Bard was not diluted when he achieved fame. She just found new ways to express herself.

It is revealing, therefore, that his first film was a faithful translation of the representation of Henry V that the Reinaissance Theater Company, founded by Branagh himself, had undertaken at the end of the 1980s. The Oscar nominations strengthened his intuition that theater and cinema would merge into the same goal: to recover and expand the deeds of the most prolific author in history. On the tables, or in movie theaters.

The obsession with Shakespeare should not be dismissed as a sympathetic filiation, since it cements a compact vision of cinematographic art that links him to Laurence Olivier or Akira Kurosawa. They all share the certainty that in Shakespeare there is everything that can be said about the human condition, so that their effort to adapt it over and over again obeys both fan enthusiasm and the conviction that cinema must communicate truth and transcend us from universal form, regardless of time contexts or borders.

The poise that Branagh's camera has continued to show is inseparable from this trust in the image as a vehicle for the most important messages that exist, and is present in all his films. At the beginning of it, titles like Peter's friends or die yet they expressed an absolute conviction that their scripts - no matter how exaggerated - would draw the audience into the plot, while at the same time describing an essential feature of Branagh's cinema: his militant rejection of any realism.

The exhausting soundtrack of Peter's friendsor the circus planning of the flashbacks from die yet, exemplify how little he cares that his films are read as fiction, and this is part of his link with the theater. The power of your adaptations shakespearian —Much ado About Nothing to the head— lies in fact in that emotional spectacularization, in resorting to the camera as an emphasis of the theatrical experience.

So to speak, the jump from theater to film has never meant that Branagh stops making performances. Not even when, in later stages, he has been absorbed by the block buster —Thor can be understood as a parody of the mannerisms of his films—and he has become a solvent craftsman. Murder on the Orient Express with Agatha Christie, without ironic safe-conducts, he resumes the homage he previously showed towards Shakespeare or Mary Shelley, adapting Frankensteinculminating its celebration of British culture.

Without ever having ceased, of course, to insist on the power of representation. The first scene of Belfast -that autobiopic that seems to have been earned after so many years revering other people's creativities— sums up this speech. It also happens to be the best.

It is rigorous to say it. No matter how many flaws you incur Belfastits manufacture is much more honest than can be seen in Rome or It was the hand of God. Unlike Cuarón and Sorrentino —who from different angles pursue a truthful patina, or costumbrista at least—, Branagh does not want to hide that his film is the fabulation of events happily distorted by memory. His staging thus exhibits a disdain for reality that can be traced from multiple elements.

The aforementioned first scene, without going any further. Belfast It begins with some color plans, already touristy, of the city of the same name today, enhanced by the music of Van Morrison (a native, like Branagh, of the capital of Northern Ireland). The camera shows a preference for graffiti and manifestations of urban culture, until stopping at a specific mural behind whose back, suddenly, everything adopts the black and white palette. We have traveled, through a corner that remembers it, to a year as distant as 1969.

The streets of Belfast have suddenly become what is clearly a film set. A working-class neighborhood, shortly shaken by violence between Catholics and Protestants, where little Buddy (Jude Hill) lives with his parents (Catriona Balfe and Jamie Dornan), his brother (Lewis McAskie) and his grandparents (Judi Dench and Ciarán Hinds). It is a statement of intent that is brilliant in its simplicity, and in the frankness with which it is articulated as an alibi. Once established, Branagh can do as she pleases, and any accusation of embellishment or frivolity will seem ridiculous. Or, worse, cynical.

Belfast it is impeccable at the level of conception, because it breathes a vision of cinema that Branagh has been practicing for more than three decades. Also an excessively affected dramatic intuition, the product of always having understood introspection through soliloquies, which nonetheless lead to some truly vibrant moments. Mostly starring Catriona Balfe, in a performance that benefits from Branagh's attention and is unmistakably suffused with male reverie toward the mother figure.

The interplay between Buddy's toy shield —which appears on the film's poster— and his mother's effective protection conveys an innocence that is no less calculated than successful, but throughout Belfast these sparks are not as abundant as would be desirable in a film committed to the happiness of the public. Because, although we cannot hold anything against him discursively, at the level of execution Belfast accuses some surprising clumsiness.

Belfast It is made up of short scenes where the sharp succession of carefully composed shots prevails over the narrative development they contain, distancing itself from what Branagh is used to. It may be because above all it wants to be a mass of fleeting memories, but as a result it is terribly inoperative for dramatic effects, sacrificing the emotional journey and giving the sensation that its fast pace —in parallel to a very brief duration for this type of proposal— — only masks arbitrariness.

Branagh's obstinacy in expressing no more than good-natured generalities about the insurmountable political conflict (the Trouble) is the same that Buddy's family feels for moving away from violence, but it also reinforces this sensation of onanist artifice, incapable of resonating outside the subjectivity of the one who remembers. Adding to this Morrison's music, which turns each scene he sets into a languid video clip, generates absolute apathy.