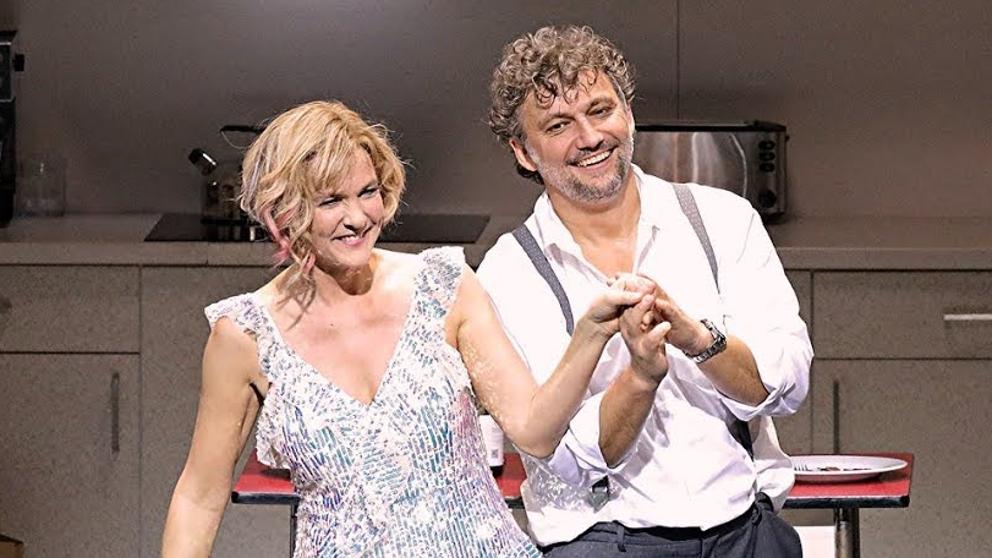 In crowd praise it ended on Wednesday Jonas Kaufmann in Munich its participation in what has been baptized as the referential production of the season. This
Die tote stadt
( The dead city ) from Erich Korngold whose assembly, already premiered at the Basel Theater, signs the new prodigy of the European scene, the young and uncomplexed Simon stone, and whose musical direction has been borne by Kiril Petrenko, imminent head of the Berlin Philharmonic.

It is obvious that the presence of the local divo added interest to a title that, although in the Liceu did not see the light until 2006, has always been appreciated in the Bayerische Staatsoper. It has been half a dozen functions of this tour de force vocal -multiple times the public called him to greet in the 16 minutes of final applause- that constitutes an interesting episode of Kaufmann's trajectory, because somehow it marks the path to his debut as the Wagnerian Tristan, a role that at the moment He has done it in parts and in concert … and that would undoubtedly be the cusp of his career (silencing those voices that say he cannot see him capable).

Being the most desired tenor adds pressure when you play at home, in the demanding Bavarian Opera, and have nothing less than this symbolist, late-romantic and vocal title ahead of you non-viable . This third opera by Korngold was a hit hit in Germany in the twenties, until the Nazis put it in a drawer and the Oscar-winning Austrian composer, one of the fathers of film music, settled permanently in Hollywood. He had been a child prodigy that fascinated Richard Strauss or Puccini equally. He was only 23 years old when he released it and perhaps a certain lack of knowledge of human physiology, judging by the vocal difficulty it presents.

But nothing seems impossible for the fierce / sensitive Kaufmann. The muniqués singer has given himself body and soul to this lifeless city whose script is signed by Korngold with his father, famous critic of the time, based on the novel Bruges-la-Morte (1892) of flamenco Georges Rodenbach.

Paul, the protagonist, lives mired in a stormy duel for his late wife, whom he suddenly sees reflected in a dancer whom he has met. The physical desire he feels for the very vital Marietta – impressive songwriter the German soprano Marlis Petersen– comes into conflict with guilt and the feeling of betrayal towards the memory of her "very holy" Mariens, a ghost with whom she cohabits and who in this staging moved to the present time appears with the Chemotherapy effects

It is Christmas in Munich, and while in the Marienplatz neuralgic people celebrate it with mulled wine and in the Maximilianstrasse mega-puck the fine lighting competes with the highlights of the big brands in the shop window, inside the Bayerische Staatsoper the tenor Kaufmann works miracles . When one would say that he does not have a vocal character to offer, Jonas faces new endless phrases that fortunately take place in the most baritonal register, since they are still managed to reduce their voice in the acute area, with that grimace of tear and soul She is a stark woman who has made her internationally famous, and here she underlines the struggle of her character, that symbolic mystery and that psychoanalytic vision of Korngold's opera, who was not in vain Freud's contemporary.