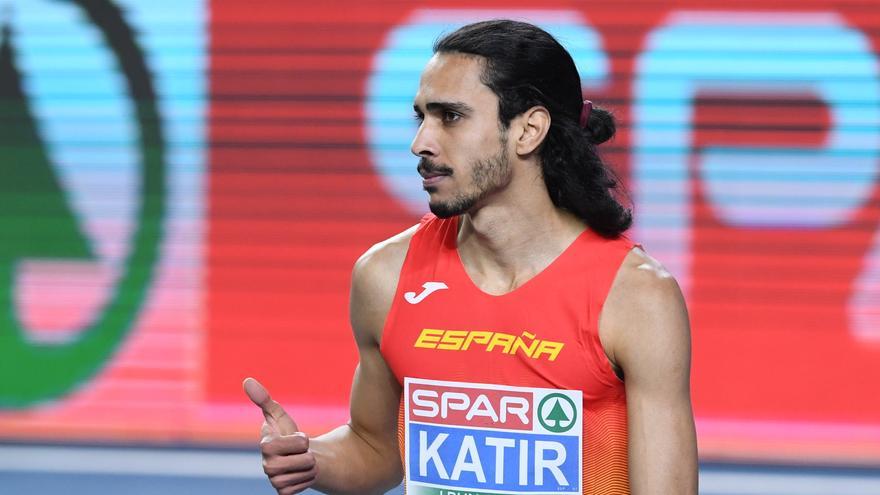 Mohamed Katir, Spanish record holder of 1,500 and 5,000 meters, achieved his third national record in a month on Tuesday by winning the Gateshead 3,000 with 7: 27.64, the best mark ever achieved at the British meeting, which places him fifteenth in the world ranking of all time.

The Murcian, who overtakes the illustrious Kenyan Eliud Kipchoge on the world list, ended a Spanish record that has stood 23 years held by Isaac Viciosa from Palencia with a record of 7: 29.34 achieved on July 9, 1998 in Oslo.

Katir’s career this season does not cease to amaze. On June 10 he ran the 5,000 of Florence in 12: 50.79, beating the national record of Alemayehu Bezabeh, and last Friday the 1,500 of Monaco in 3: 28.76, snatching the record from Fermín Cacho. The 3,000 hares, Gateshead’s last race, were on a mission to cover each lap in one minute. Katir hit Australian Stewart McSweyn a man of 7: 28.02 and the two were left alone at the top in the last thousand.

The Spanish kept up the rhythm of the Australian, who killed all the others, attacked in the opposite direction and pressed in the last section to achieve a victory and a prestigious mark that fuels his hopes of winning a medal in the Tokyo Games, where it will run the 5,000 meters.

Ten days before the opening ceremony in Tokyo, The Diamond League said goodbye this Tuesday until after the Games with a rally, the seventh in the series, which offered the athletes the last opportunity to check their set-up for the Olympic event at the same Gateshead stadium that already hosted, in May, the start of the League after the resignation of Rabat for the pandemic.

Four days after his disappointing fourth place in the 100m in Monaco, the American champion, Trayvon Bromell, world leader of the year with 9.77, returned to victory. Despite his poor start, once Bromell got into the upright position he dominated the race until winning with 9.98. Two British escorted him: Chijindu Ujah (10.10) and Zharnel Hugues (10.13). With the same time as the third, Canadian Andre de Grasse, current Olympic runner-up, finished fourth. More than half of the British Olympic team competed in Gateshead, although it was missing, due to physical discomfort, Dina Asher-Smith, world champion of 200. Her absence frustrated the announced duel with the Olympic champion of 100 and 200, the Jamaican Elaine Thompson, who she easily won here with 22.43, followed by Britain’s Jodie Williams (22.60).

The American Isaiah Harris won the 800 meters with 1: 44.76 in a race with two Spaniards: the national record holder, Saúl Ordóñez, who nailed on the straight and finished eighth with 1: 46.02, and Álvaro de Arriba, who came from behind to cross the finish line in fourth place with 1.45.36, his best mark of the year.

The United States also won the women’s mile. Kate Grace won with 4: 27.20 a race in which the group did not keep up with the hares. The Spanish Marta Pérez intervened in the final sprint and finished fourth with 4: 28.24, a personal record, and Marta García, who made her debut in the distance, ninth with 4: 31.41.

Jamaica doubled in 110 meters hurdles. Ronald Levy was far superior to the Olympic champion, Omar McLeod, from the penultimate obstacle and beat him by 20 hundredths with a mark of 13.22.

The 21-year-old Dutch Femke Bol, second in the world ranking of the year and fourth all-time in 400m hurdles (52.37), defeated American Shamier Little again, for the third time this season. It won with 53.24 and a wide margin over the North American (54.53). He is undefeated this year in six races.

The Portuguese Pedro Pablo Pichardo, with a mark of 17.50 meters, dominated the triple jump and the Spanish record holder, Pablo Torrijos, was fourth with 16.66. Pichardo, a two-time Cuban silver medalist in world championships (Moscow 2013 and Beijing 2015) and Diamond League champion in this discipline three years ago (when he became Portuguese national), dominated the contest from his first jump, of 17, 29 meters. He resigned the next four and, an hour later, sentenced in the last shift.

The Ukrainian Maryna Bekh-Romanchuk, world runner-up in length, won with a jump of 6.77, beating the champion, the German Malaika Mihambo (6.65) and the Spanish Fatima Diame, who dominated the contest until the fourth round her 6.67 of the second but in the decisive last turn it stayed at 6.46.

The German Joahnnes Vetter, who came to the rally as the great dominator of the javelin with seven marks over 90 meters this year, won the victory, but only thanks to his last throw, of 85.25 meters. The German Julian Weber was second with 81.07 and the Trinidadian Keshorn Walcott third, although with a better mark than the German (82.81).