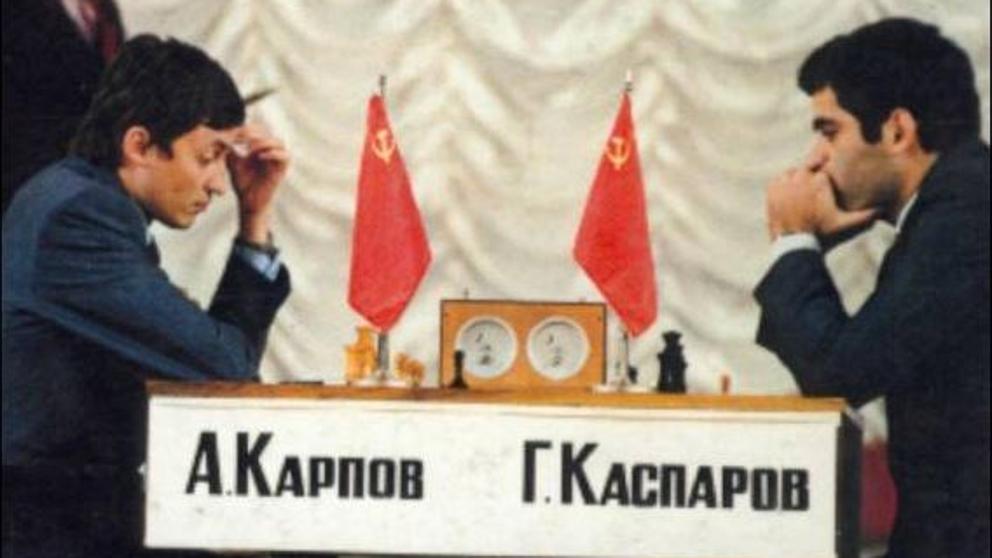 Few days ago Anatoly Karpov He made the first move, the honor kick, at the Chess Candidates Tournament that is being held in Yekaterinburg (Russia). This professor of mathematics, world champion between the late 70s and early 80s, is one of the protagonists, along with another genius like Garry Kasparov, of one of the greatest rivalries that have existed in the world of sports. The double K, the story of a rivalry , from the Robinson Report, is the narration of a sporting, political, mental and stylistic confrontation between two men who represented the different worlds that coexisted within the Soviet Union in the eighties, just before its disarticulation.

Twelve years younger, Kasparov, dubbed the Baku ogre, was the sign of change, of the Perestroika that Gorbachev would implement in 1985. Karpov, by contrast, represented the traditional values ​​of the USSR. Both visions of his country were also transferred to the board with completely different styles. While the Siberian was a classic player, capable of squeezing every position to transform any minimum advantage into a triumph, the Azerbaijani was all passion, an aggressive player who was not content with winning, but wanted to overwhelm his rival.

His confrontation had all kinds of conditions, from espionage to political interference, which allowed him to become a mass phenomenon. Despite chess being a science-sport with not too many fans, the more than 100 games that brought Karpov and Kasparov face to face between 1984 and 1990 became a landmark in the sport. In Spain alone, 13 million Spaniards sat in front of the television in 1987 to attend the final day of the third of the four World Cups they played in those years.

This documentary of just 26 minutes makes a historical journey through the lives of both chess players and through the great moments of their rivalry, with opinions from those who lived with them those endless battles. But more importantly, it is they, Karpov and Kasparov, who tell in first person about the pressure they held for more than five years on their shoulders to fight for the title, until they professed enormous respect.

Valencia CF: The 25 numbers with Valencia’s own name in 101 years

Transfers: New stage in reducing the price of transfers