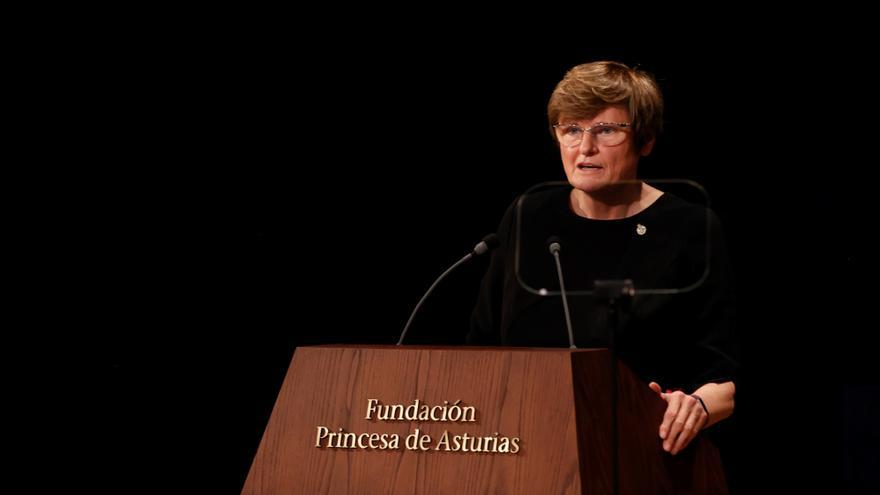 The The possibilities of technologies are endless and allow ways to prevent HIV being investigated and the malaria, to reduce cancer or to treat many other diseases so, according to Hungarian biochemistry Katalin Karikó, the new generations must be encouraged to enter the path of research because "the sick are waiting."

Karikó has been in charge this Friday of thanking at the Campoamor Theater in Oviedo the Princess of Asturias Award Scientific and Technical Research awarded to seven scientists who stood out for their contributions to the development of the first vaccines that have made it possible in record time to deal with the global pandemic caused by covid-19.

Immunologist Drew Weissman and biochemist Philip Felgner, both Americans; British vaccinologist Sarah Gilbert, Canadian biologist Derrick Rossi and the marriage of Hungarian doctors Ugur Sahin and Özlem Türeci have shared the stage with what is considered the mother of messenger RNA-based vaccines, a technology that in the coming years will also expand the use of personalized vaccines for the treatment of cancer and other diseases.

"Our hope now is to inspire the next generation of scientists, doctors and healthcare workers." She has affirmed at the Campoamor Theater in Oviedo after receiving an award from King Felipe of which she said she felt "very honored", and more so, for "such extraordinary company".

The seven award-winning scientists have contributed to the development of the vaccines marketed by Pfizer, Moderna and AstraZeneca, three of the first and the most widely used by the European and United States population and which have the "S" protein as a common target. , present on the surface of the virus and that facilitates its entry into cells.

After acknowledging that years have been spent working on technologies that some found "unconventional and almost science fiction", he has pointed out that if the result of his work can improve the life of at least one person, it can already be considered a success, it is even more important to know that his work in the development of anticovid vaccines has successfully protected millions of people.

"While I was working at my laboratory table, I only dreamed of achieving such an impact," he acknowledged. this researcher based in the United States, who has been convinced that the path of scientific discoveries "never follows a straight line, it has twists and turns at every juncture and requires international collaborative efforts and the contribution of many scientists.

However, he has warned that the important thing is "to keep asking yourself questions and keep your curiosity alive", that as Leonardo da Vinci said "experiments never fail, your expectations do" and that you never have to stop before failure, but use it "to encourage us to think critically."

Karikó also took the opportunity to send the gratitude of the scientific community "to all the front-line health workers", because he is aware of "the incredible risks they were willing to face to save their patients, some even making the supreme sacrifice to help to others".

"They inspired us to work harder and take action to develop life-saving vaccines," has stated after thanking that the recognition that with this award has been made to the work of many researchers sheds "light on the importance of scientific research."