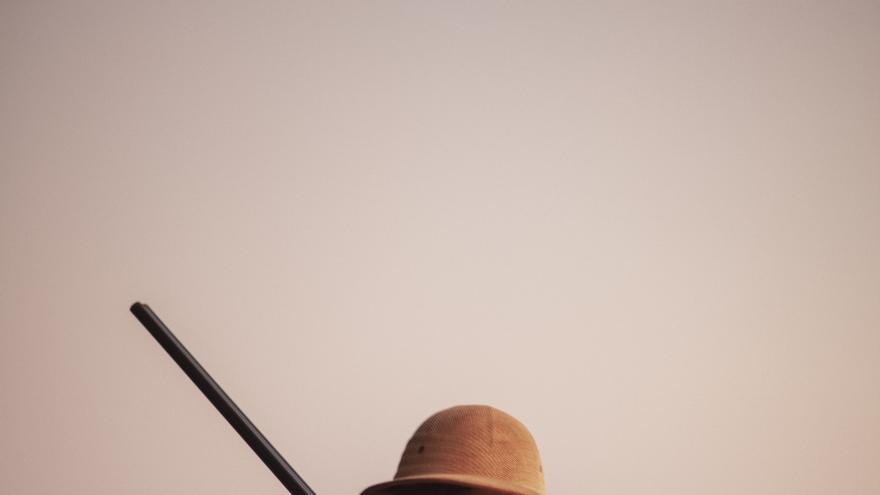 Madrid, May 31 (EFE) .- In her famous “Out of Africa”, made by Sidney Pollack, Karen Blixen (1885-1962) narrated a romantic and adventurous version of her life in Kenya. Extremadura director María Pérez offers a cruder, albeit lyrical, vision in her first feature film, “Karen”, which will hit theaters on Friday.

Alone, ruined and with a difficult character, this Karen played by the actress and singer Christina Rosenvinge is more inspired by the letters written by the Danish author and by other books such as “Shadows in the grass”, which completes her memories Africans, which in the story starring Meryl Streep.

The protagonism that in that film fell on his relationship with Denys Finch (Robert Redford) is replaced by the peculiar friendship he maintained in his last African period with his Somali servant Farah Aden (Alito Rodgers), a relationship of mutual dependence, with derived frictions of their respective status, but also of complicity and learning.

In just one hour, “Karen” takes pleasure in the landscapes, in Blixen’s daily and lonely rituals and in her conversations with Farah, her only ally in the face of the ruin that is upon her. The coffee plantation was never profitable but it is becoming more and more unsustainable.

The author, who did not get to start publishing until three years after returning to Denmark in 1934, was totally dependent on her family for help in trying to maintain her business.

The African savannah is recreated by María Pérez in her native Extremadura. Years ago he had shot in those same lands, on the edge of a swamp on a farm, a short film that narrated the encounter between a British explorer and a Masai woman.

“Since then, I had the fantasy of filming a story of settlers in Africa in that landscape,” the director explained to Efe. “It was my father who told me that I had to read ‘Out of Africa’, I only knew the Pollack movie.”

Diving into the books about Blixen, he came up with this idea of ​​a “free and crazy adaptation” of ‘Out of Africa’, in Spanish and in Extremadura. “I felt identified with that period of her life, when she does not yet know that she is going to be a writer, she is ruining herself on the point of losing everything and she does not know what is going to come next,” she says.

He was interested, he assures, in deconstructing the myth. “Our lives are ravings, bad and good decisions, inconsequential conversations and from all that someone builds a myth,” he reflects.

The choice of Rosenvinge, of Danish origin like Blixen, as the protagonist was clear from the beginning, although at first he only proposed to do the music for the film -there are two original songs composed by her-.

“I have admired her music since I was a child, we met and I put my face on her, after a concert I sneaked into a party at her house and asked her to do the music for the film, I secretly wanted it to be Karen and when I gained her trust it was I raised it and he accepted. ”

The singer considers that, without addressing her directly, the question of colonialism and its consequences is hovering over the film. “Out of Africa idealizes an oppressive situation, the whites appropriated the lands and exploited them and when they left those countries they had upset all their structures and left devastated, broken the autochthonous balance”, he points out.

“Although that is too big a story,” he adds, “the feeling of the foreigner who is out of place hangs all the time in the film, she is out of place in Kenya but in fact Farah also because she is Somali, the question of migration is another issue that is present. ”

Rosenvinge had some roles in the cinema in the 90’s in films such as “Todo es lie” -together with Coque Malla and Penélope Cruz- or Cesc Gay’s “La pistol de mi brother”, but this was his first leading role. .