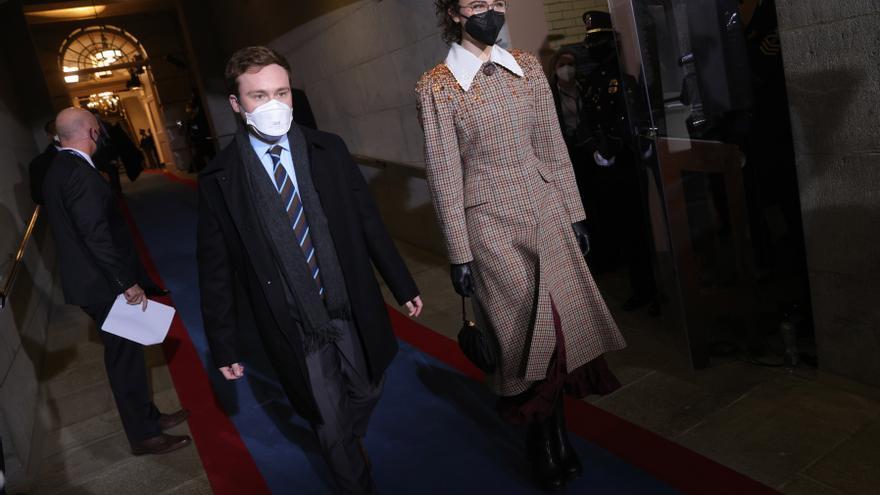 New York, Feb 18 (EFE) .- Ella Emhoff, stepdaughter of US Vice President Kamala Harris, debuted this Thursday as a model at New York Fashion Week participating in the digital presentation of the new Proenza Schouler collection and in a chat with your designers.

She, the 21-year-old daughter of Harris’s husband Doug Emhoff, caused a sensation in the fashion world last month for the extravagant coat she wore at the US presidential inauguration and, shortly after the ceremony, landed a contract. at the IMG modeling agency.

The veteran fashion firm Proenza Schouler decided to have the young woman present her autumn-winter 2021 collection on the last day of Fashion Week, through a pre-recorded video that was broadcast today and in which she appears parading with some of the proposals .

New York Fashion Week has held a virtual edition for the second time in which many veteran names have been missing and most have published videos and catalogs of their garments on the internet, so the organization has enlivened the event with talks.

One of his colloquia, after the Proenza Schouler presentation was broadcast, was starred by its designers Lazaro Hernandez and Jack McCollough, who took Emhoff as a surprise guest to the headquarters of New York Fashion Week at Spring Studios to talk about the experience.

“I lost some sleep the night before (…) I’m walking for the first time, I’m in a professional environment for the first time. It was a very epic first experience in the world of fashion,” he told the couturiers about the recording of the video, which took place several days ago.

Kamala Harris’ stepdaughter said she has long wanted to be a fashion designer.

For this reason, she specified, for two years she took summer classes at the prestigious Central Saint Martins school in London, which exposed her to the “intensity of the design school.”