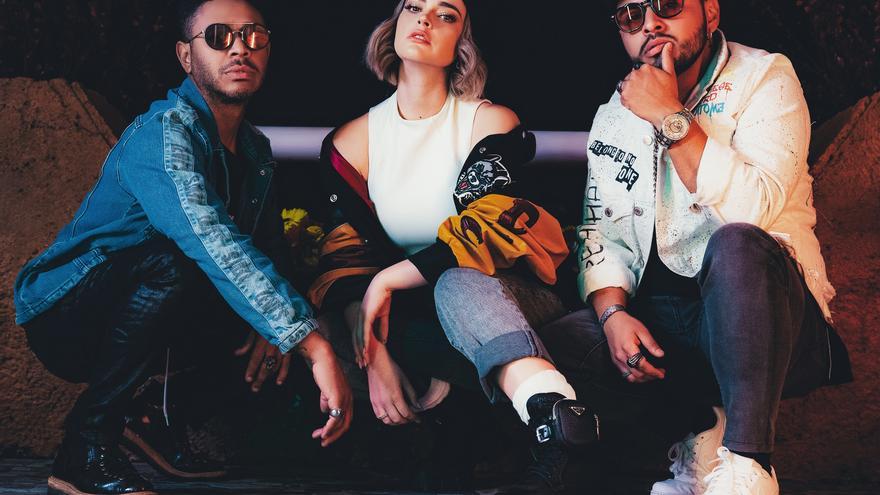 Mexico, Feb 11 (EFE) .- The Mexican singer Kalimba lives a new facet of his career as director of his record company Ark Records and adds Fabiola Guajardo to his artists with the song “Contigo”, a song in which he himself shares credits with singer-songwriter Yhezid and the actress herself.

“When we started signing artists a year and a half ago, a daily challenge began to understand who I was as an artist, who I am now and the ‘job’ of us as ‘management’ is to grab all these dreams that artists have and give them shape, a motive, “says the musician.

“Contigo” is the song with which Guajardo officially begins his musical career as a soloist after several years of making fame in series and movies and being consolidated in acting.

However, the actress has been part of musical projects such as “Queens of Hearts”, where she still shares credits with women from various areas of the show.

However, it was until his arrival with Ark Records that he was able to find his own voice and style when making music and singing, which is in turn one of his childhood dreams.

“Since I was a child I have liked music, my father sings divine, my brother too, I grew up with music. Talking with Kalimba he gave himself the opportunity to do this, I told him to do something, he heard me sing and he said, ‘perfect let’s compose ‘”, recalls the actress from” Prisoner No. 1 “(2019).

Hand in hand with Kalimba, Oscar Calderón and Yhezid, Fabiola began to write and compose songs and now she already has four songs that will soon be released and that she is looking forward to with emotion.

“For me it was a new, magical process that completely fell in love with me and I can tell you that I want to continue making music because I love it, that’s how ‘Contigo’ was born,” says Fabiola, who has no plans to leave acting.

The theme is an urban pop song that talks about the longings of having a loved one close and although it was revealed a few days ago by some musical platforms, this Thursday they present the fun video with which they hope that people will identify even more.

This is not the first time that Yhezid has worked with Kalimba, in addition to being another of the signed artists from the label of the former member of the band OV7, the composer has been able to share three songs with him, for which both express their mutual admiration.

“I am very happy to participate in that song. I had not had the opportunity to work with Fabiola until now, she is a super nice person, the creative process was very enjoyed, we had a lot of fun, Kalimba is a genius and a consolidated artist”, assured Yhezid .

On an individual level, each of the artists saves certain projects. Yhezid is waiting to release her single “Mademoiselle” on February 17th as part of “Round 2” which marks her first album with Ark Records.

Fabiola is on the air with the telenovela “Looking for Frida”, she makes a podcast with her companions from Reina de Corazones and will soon begin recording a series and a movie and assures that after that she will continue composing, because her desire to make music is ” addictive. ”

Also, after a year of dedicating himself more to the production of new artists, Kalimba begins the recordings of his first two videos for his next solo album, which he says is “practically ready”.

The singer has a broad artistic career and confessed that one of his dreams is to grow new talents at Ark Records, as he does now with Fabiola and Yhezid. AND