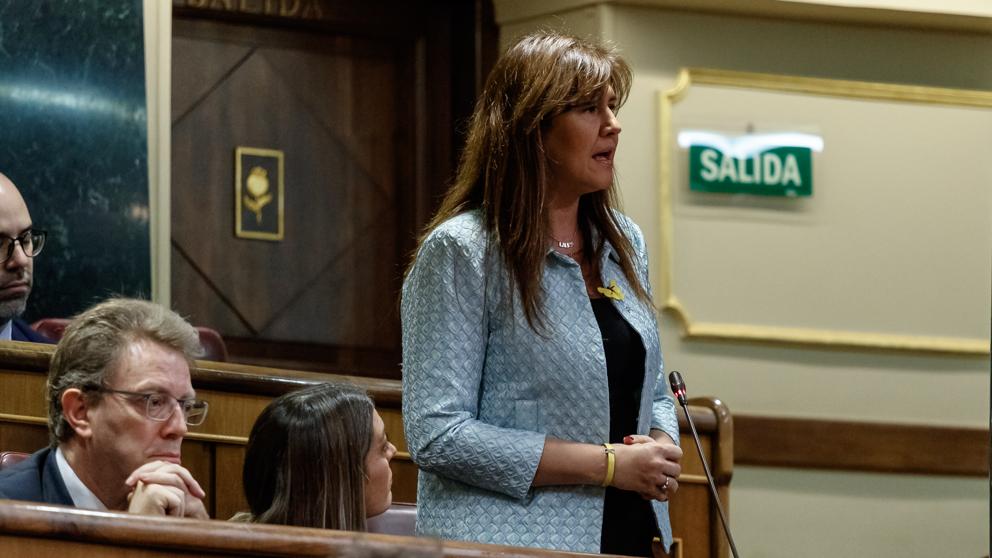 “Prolonging the state of alarm is necessary, we do not discuss that, but it must be done differently.” The spokeswoman for JxCat in Congress, Laura Borràs, has confirmed that its eight deputies will abstain this Wednesday in the vote of the 15-day extension of the alarm status that the central government takes to the lower house.

JxCat continues to appeal to the total confinement formula that the Catalan Government has been preaching for eleven days ago, first for the main focuses of the pandemic, now for the entire State, for which reason it considers the current plan of the Central Executive against the “insufficient” coronavirus. “As President Torra has been demanding, it must include the total confinement of the population,” Borràs defended in a statement from the training.

One of the points that irritates in the Palau de la Generalitat, and in JxCat, is the assumption of powers in matters of health by the Government of Pedro Sánchez. “He has recentralized health management when precisely in cases like these, proximity saves lives”, has also made the former Minister of Culture ugly.

The already announced abstention from JxCat thus adds to the one slipped this Monday by
ERC, which said that it would not endorse the extension of the state of alarm if the Government did not take one more step and decreed the total confinement of Spain, the recipe recommended by the Generalitat. For its part, the CUP, which maintains a similar line as the rest of the independence parties in favor of the total closure, has not yet expressed its sense of vote after stating this Tuesday afternoon that they were analyzing the text agreed by the central executive.

All in all, JxCat will give its support this Wednesday in Congress to the economic support package proposed by the Central Executive. And it is that although they also see it as “insufficient”, Borràs has stated that these are decrees that include “necessary” measures to confront the pandemic.

However, they will also add the proposals that this Tuesday has put on the table the Govern, such as a minimum income for citizens, improving the conditions of the Temporary Employment Regulation Files (ERTE), the suspension of the payment of mortgages, rents, credits and supplies, and the elimination of the spending ceiling and the deficit target after the free way opened by Brussels.

All this in a plenary session in which they already reported that their eight deputies will not attend due to “responsibility” and “coherence” with the total confinement they are demanding. In spite of everything, and although they will not be able to intervene –they announce, yes, a response on the networks–, they will be able to vote thanks to the telematic mechanism enabled by Congress.


Do you approve the measures and deadlines of the state of alarm?