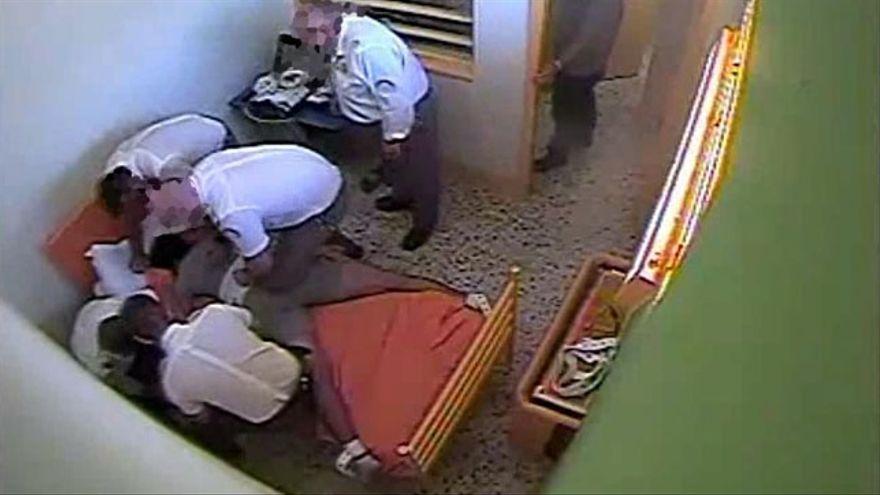 The Second Section of the Almería Hearing has decided to revoke the file and reopen the case of the 18-year-old who died on July 1 of last year Tied with straps on his feet and hands, face down on a bed during immobilization with restraint and mechanical restraint measures at the Tierras de Oria youth reform center (Almería). The Purchena court dismissed the proceedings last January, considering that the death of Iliass Tahiri was “accidental” and that the workers “correctly applied the protocol” (called ‘Protocol 9’, subsequently suspended) when he was strapped down. In the opinion of the Court, “the instruction cannot be considered exhausted in the present case, so it is hasty to agree to dismiss the case without that further investigative purification.”

The Prosecutor’s Office appealed the file and considered that the aforementioned protocol was “contrary to law” and continued to “endanger the life and physical integrity of minors” in the centers of Andalusia and Madrid managed by the Association for the Management of Social Integration (Ginso) under public ownership of the Junta de Andalucía. Before, in February, the legal representation of the family already appealed the case file order given the possibility that a crime of reckless homicide had been committed, rejecting that the judge relied “solely” on the protocol existing in the center at that time, carried out by the private company that manages the center.

Well, the Court of Almería agrees with the Public Prosecutor’s Office that “the existence of this protocol in your case does not exonerate whoever prepared it or who imposed it and who in your case knowingly complied or should know that it does not reflect the standards minimum security for physical integrity, in case of restraint or mechanical restraint in prone position “. Judges abound in that “the protocol of the center allows it but what should be discussed, and not now in Instruction, but in the corresponding plenary, if it was adequate to preserve the integrity of the people.”

In said other containment protocols, argues the Hearing, “it is advised that before proceeding with mechanical restraint in cases of acute agitation, especially in psychiatric patients, and this was, that before the containment the doctor is notified and he decides supervising the process of physical restraint, being able to order that it be immediately suspended if there is a problem such as possible cardiorespiratory arrest. ” Therefore, he disagrees with the file order because we observe “a priori, and without prejudice to what results in the plenary, rational indications of a crime of recklessness, reckless conduct, at least in the manner of immobilization by unqualified personnel and without stating, from the recordings that appeared, the presence of a doctor but at the end when nothing could be done for the deceased.

The recording of the events, It was accessed in November by elDiario.es Andalucía, showed how the young man, of Moroccan origin, was immobilized in a bed by several members of security and staff from the center itself, who took ten minutes to place the complete restraint system and took almost another ten minutes to realize that the young man did not react because, in that time interval, he had died. The next ten minutes, before dragging him out of the restraint room, only served to try to revive him with repeated and unsuccessful cardiopulmonary resuscitation.

“The instruction cannot be considered exhausted in the present case, so it is hasty to agree to dismiss the case without this greater investigative purification,” concludes the Hearing, estimating the appeal of the Prosecutor’s Office and the Iliass family, “and the processing should continue of the procedure, in order to bring more information to the lawsuit ”

The immobilization of Iliass occurred without the presence of medical personnel, Contrary to what the Board assured just 48 hours after what happened. They were not seen in the video either seizures of which the Andalusian vice president spoke at the time, Juan Marin, nor was there supervision by health personnel as he said in parliamentary seat that marked the protocol. The Spanish Ombudsman has just denounced immobilizations with straps of more than six hours in the same center of Almeria. Marín himself had to answer again on the matter but also refused to take any kind of responsibility in what happened in the center. The Vice Presidency and Ministry of Tourism, Regeneration, Justice and Local Administration, on whom the center ultimately depends, has already reported that I accepted the suggestions and what was he going to review “one by one” this type of contention.

“In Tierras de Oria they were restrained to a bed, face down, with their ankles and wrists (and sometimes their torso) tied to the sides of the bed with straps (…) The minors could not use the bathroom while they were restrained (despite asking) and in some cases they were forced to urinate on themselves “, he reviewed in 2017 the CPT. A year later, it was the Ombudsman of Spain who reported to the Junta de Andalucía certain deficiencies in the immobilization of minors in Oria, which this year have become visible again as a result of the death of Iliass.