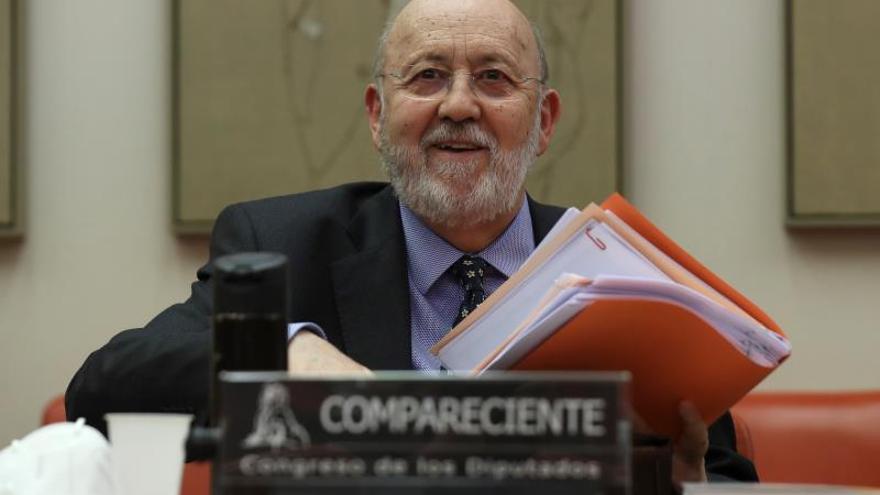 A judge has condemned the Centro de Investigaciones Sociológicas (CIS) for the unfair dismissal of one of its pollsters, which she acknowledges the existence of an employment relationship with the autonomous body under the Ministry of the Presidency. The recent conviction, to which elDiario.es has had access, represents a new tugging at the CIS in relation to the status of its pollsters: they do not have an employment contract and invoice their services in a similar way to those who give conferences , with a 15% tax on personal income tax. The Court of Auditors already criticized the connection of these workers with the CIS last year and, in 2002, a judgment of the Superior Court of Justice of Catalonia concluded that eight pollsters were permanent workers. The current president of the organization since 2018, José Félix Tezanos, affirms to this media that since the beginning of his term he has made “many efforts” to regularize these workers and it is a commitment that he maintains, as he defended last May in the Congress of the Deputies. The CIS, through the State Advocacy, has, however, appealed the judgment.

The worker appealed the dismissal to the courts through her lawyer Juan de la Lama in early March, after she ceased her activity as a CIS pollster after conducting interviews for the agency since April 2019. The work of these personnel – ” up to 268 people “, according to the CIS – is intermittent, with the participation in the different surveys that the public body is launching. “You are only a collaborator, they do not make you an employment contract and insist that there is no employment relationship. There are people who are self-employed and others who are not, what we do is present the invoice designed by them for the surveys you do. You have to pay 15% to the IRPF Treasury “, explains the worker.

The woman comments that years ago she already worked a season for the CIS, in 2015. “There came a time when they did not call me again, but then I did not report. Now that I have more knowledge, I have. They do not register you in Social Security and they can do without you whenever they want and without the right to anything, “he criticizes. The end of her relationship with the CIS came shortly before the pandemic broke out, leaving her with no income. “The coronavirus came and until now. Without work and without unemployment, because Social Security was not registered,” she maintains.

A problem that comes from afar

The precariousness in which some CIS pollsters have been found during the pandemic was recognized by José Félix Tezanos himself at his appearance in May in the Congress of Deputies, where he maintained that several workers had expressed their helplessness situation for not having right to no help. “One of my commitments from the first moment and my commitment is that the form of collaboration of these pollsters must be regularized. Many of them are self-employed, but the people who do this work must logically have a contract with all social rights” , said the head of the CIS in the lower house. “They deserve decent treatment. We have budgets, ideas in the CIS to try to solve it. If we do not have time to fix it, I hope that others will have time,” he added.

To questions about this case, Tezanos explains to elDiario.es that he has tried to regularize the pollsters since he came to office in June 2018. The person in charge understands that these interviewers could be linked to the agency through indefinite contracts, in the fixed formula discontinuous given the intermittent work they do, but that requires a legal change, he maintains: “The transformation of the CIS, which is an Autonomous Body, into an Agency, because now you cannot make discontinuous fixed contracts.”

“It is a fundamental priority of the management team to resolve this circumstance as soon as possible. Although, after decades of sustaining the situation, it is not something that can be resolved quickly and involves a large number of actors and regulatory reforms, which is still underway. working to be able to give a solution “, they also respond from the CIS communication team. The president of the organization highlights to this media that after his arrival the salary has been raised to the pollsters, who previously had frozen salaries.

This new sentence, of June 4, of the Social Court number 38 in Madrid, is at least the third sentence to the CIS that declares the employment relationship of its pollsters. The magistrate mentions part of the labor arguments of the 2002 judgment of the Superior Court of Justice of Catalonia, which rejected the appeal of the public body to a first conviction that declared the labor status of eight interviewers. The CIS has also appealed this new first instance sentence, according to the lawyer Juan de la Lama, who collaborates with the CNT. From the research center they explain that “the Public Administrations, ordinarily, appeal all the condemnatory sentences by technical recommendation of the legal services”.

The judge concludes that it cannot be affirmed that the worker “acted on behalf of the CIS with full autonomy” and recalls that the CIS provided the project to the pollster, established her work area, “predetermined and perfectly delimited”, as well as the “age brackets and sex” of the people who had to be interviewed, among other circumstances. The CIS also gave the pollster an identification card of the organization, as well as a ‘tablet’ to carry out the work. All the elements analyzed lead the magistrate to conclude that there is a relationship between the parties, in a discontinuous way.

The ruling declares the unfair dismissal of the worker, so it condemns the CIS to readmit her under the same conditions prior to the dismissal, with the payment of wages not received in this period, or the payment of compensation of 982.77 euros . In addition, the judge condemns the agency to the payment of 813.3 euros gross, plus legal interest, for a work pending collection.

The relationship of the interviewers with the CIS is not only anomalous due to the lack of a labor contract for the workers. Another one derived from this situation that made the Court of Auditors ugly to the research center is the selection of these personnel, who do not have a competition or a selective process as in other public bodies. Pollsters are chosen by “coordinators”, which can motivate hand-to-hand elections, without a transparent process of access to these positions.

“The selection of the interviewers for each job is exclusively in the hands of the coordinators, which implies risks derived from the lack of a follow-up and control procedure by the CIS on the sufficiency and suitability of those selected,” stated the Court. of Accounts in your report last year.

Regarding the hiring of these interviewers, the agency pointed out that “the legal relationship between the CIS and the field network staff has never been sufficiently defined”, but warns that in its opinion the current system that considers the assignments to coordinators and Pollsters “as minor contracts” for services “are not adequate” because the conditions established for these in the contract legislation do not exist.