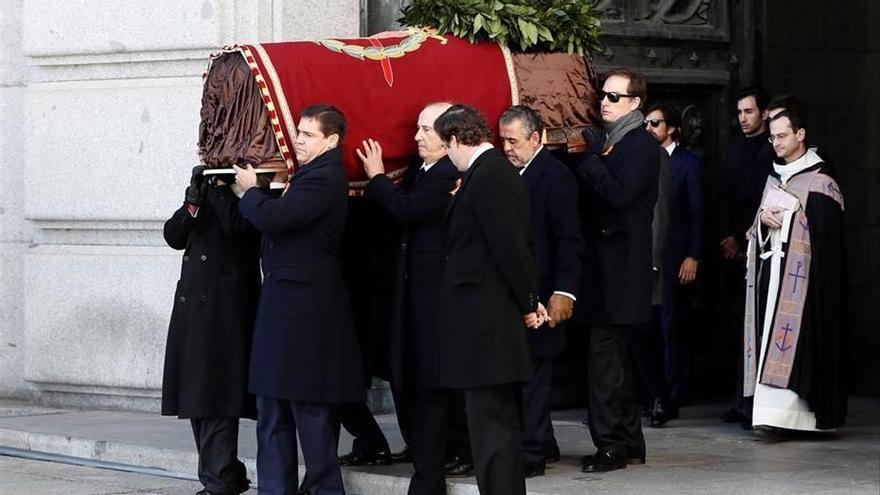 The Provincial Court of Madrid has confirmed the filing of the complaint filed by relatives Francisco Franco against the Mediaset chain and several journalists who participated in a report on the fortune of the dictator. The Second Section concludes that the investigation of the case has not offered "sufficient indicative element" that allows us to intuit that the statements made during the aforementioned report are not protected by the right to freedom of expression", when it was an attempt to convey the opinions of the experts, or on the right to information at the time they exposed facts in the framework of "reporting journalism".

With this resolution, the magistrates of the Provincial Court confirm the decision adopted in June by the head of the Investigating Court number 39 of Madrid, Belén Sánchez, after having forced the aforementioned investigating judge to reopen the case in August 2020. this time, the judges of the Second Section ratify the decision of Judge Sánchez, who in June used, among other reasons, that "a large part of the content" of the report focused on Francisco Franco and not on the plaintiffs, which eliminated his power to sue for libel and slander.

A week before that provisional file, the same defendants They had been acquitted in civil court, to which the dictator's grandchildren had also attended. They alleged that the broadcast of the report had generated "a situation of hostility, inciting discrimination, hatred or violence" and demanded compensation of 50,000 euros. Judge Carmen Iglesias concluded that the report of the program 'En el punto de mira' was "partial and biased" but that it is protected by freedom of expression and information, for which she dismissed the civil lawsuit filed by the dictator's grandchildren.

That civil lawsuit was directed against the complaint that is filed now and they are the Mediaset group, the director of the program, Juan Serrano; the chain's content press officer, Lorena Correa; and reporters Pablo de Miguel, Juan Carlos González and Carla Sanz. Among the defendants were also the collaborators Javier Otero Bada and Jimmy Giménez-Arnau, the historian Carlos Babío and the writer Mariano Sánchez Soler, the latter authors of the books Meirás: a pazo, a caudillo, a plunder (Fund. Galiza Semper) and The Franco SA (Oberon), respectively.

The defendants, for their part, argued that the report dealt with "true information" on a matter "of undoubted general interest" —such as the assets of the person who was head of the Spanish State for forty years and the way in which some of his assets were acquired. goods—and that the broadcast was, therefore, protected by the rights to freedom of information and free expression of ideas.

Now, the judges of the Provincial Court establish, in an order whose rapporteur is Gemma Gallego, that, "despite the tendentiousness of the report", criminal law is not there to "protect the personal interest of the image itself being projected in a certain way to society, nor is the interest protected not to be disturbed, offended or upset by any irreverent conduct". Franco's grandchildren can now appeal to the Supreme Court.