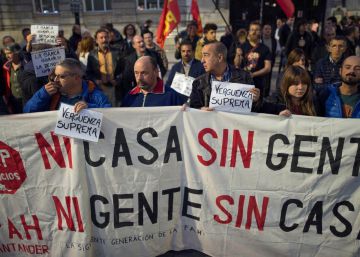 The Spanish Justice has managed to reduce the pending cases due to abusive clauses, but more than 250,000 lawsuits remain to be resolved. That is one of the main conclusions of a statistic provided this Friday by the General Council of the Judiciary (CGPJ) and which refers to the activity of the courts specialized in this type of process during the second quarter of the year.

In total, with all the cases presented since June 2017, Justice has already resolved 41.3% of the cases. That translates into 143,622 sentences handed down, and in 96.7% of the cases these were estimates, that is, they gave the reason to the mortgage client that his contract contained an abusive clause.

The CGPJ emphasizes that the improvement of the second quarter has occurred in a homogeneous way in all the autonomous communities. However, statistics still show differences between territories that can be explained by the different workload of the courts. Thus, while in Asturias 86.7% of the cases presented since the beginning have been resolved, in Catalonia this resolution rate is reduced to 23.8%. Two other major regional markets, Madrid and Andalusia, are also far from the Spanish average, with resolution rates of 29.8% and 30.5% respectively.

The decision to concentrate all cases of abusive clauses in 54 courts of first instance distributed by the 50 Spanish provinces (some insular have more than one) was criticized at the time by professional associations and consumers. The CGPJ alleged that the concentration was a way of not collapsing all the courts since an avalanche of lawsuits was expected as a result of the ruling of the Court of Justice of the European Union which forced the bank to return all the money overpaid for the land clauses (safeguards considered abusive by justice since they prevented the interests of variable loans from going down the same as the Euribor or the index to which they were referenced).

The expected wave of lawsuits occurred and, as their critics anticipated, the specialized courts were saturated. In its first month of life, 12,540 lawsuits accumulated and the volume did not stop growing, quarter after quarter, to the more than 260,000 registered at the end of last March. The statistics for the second quarter therefore represent the first respite for these justice bodies. Despite this, the successive varapalos of European justice to Spanish mortgage regulations, with issues still to be resolved such as loans referenced to IRPH, point to new peaks of litigation in the future.

U.S. citizens they will start receiving checks in three weeks

Latam reduces its international routes to Santiago, Sao Paulo and three US cities.