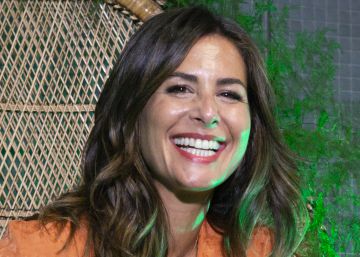 The courts have been for some years the place chosen by many celebrities from the world of entertainment and culture to interact with the Tax Agency. Tax evasion cases or tax infractions of different amounts and degrees are coming to courts such as the National Court or higher courts of justice of each community and that of the actress and presenter Nuria Roca has been, for the moment, the last to receive sentence, adding to a list that integrates soccer players as Gerard Piqué and actors like Carmen Machi, Imanol Arias, Ana Duato or Jordi Rebellón.

The last sentence, just published, It is part of a broader tax battle for the income of Nuria Roca and her company Tospelat between 2005 and 2010, six years in which the actress received 4.7 million and in which she tried to declare through a company, deducting multiple expenses , an income that actually came from her work as an actress and presenter. Roca has lost his resources against the Treasury relating to the six exercises.

In the last sentence, handed down on May 22, Nuria Roca has been condemned by the Contentious Chamber of the National Court to pay two penalties for failing to pay part of the income tax payments for the 2005 and 2006 fiscal years amounting to 86,749.16 and 126,880.77 euros, which were classified as "minor", for which it was sanctioned with 50% of the bases thereof. Likewise, has lost a recourse against the liquidation of the 2005 and 2006 fiscal years of the IRPF whose amount is set at 309,475.66 euros.

In the judgment it is explained that the Tax Agency made a regulation of the IRPF settlement of two years relative to the related operations between the presenter and the company Tospelat, which created and is a sole administrator, with 99.68% of the capital. The Inspection of the Tax Agency pointed out in the sanction imposed in 2011 that the company had paid Nuria Roca 225,000 euros as compensation for the activity carried out in the two years analyzed, at a rate of 112,500 euros per year, although it notes that the remunerations they were established "verbally" and there was no contract between them.

In contrast to the salary received by Roca, the inspectors detail that the company Tospelat recorded a turnover of 668,461 and 789,096.96 euros in the analyzed financial years. Income linked to the presenter, given that "it was the essential element of the service," says the Tax Agency.

The Treasury understood that "given the imbalance so pronounced" between what was paid by the company and what was received by the presenter, a correct valuation of the linked operation had not been made, going on to perform a calculation at market prices that was used by Nuria Rock. He understood that the new assessment was "disproportionate".

The National Court confirms that the assessment made by the Tax Agency was correct and that the difference between what the company entered and what the actress received "is not justified in any way with the intervention of society" given that, she says, "It lacked sufficient material means to consider that they added value".

The ruling also states that Nuria Roca tried to justify that she had not committed this infraction in a guilty manner, but she recalls that the sanction of the Inspection establishes that the activity could have been carried out without having a company. Although, by using the firm Tospelat managed to "elude the progressive and higher tax rates of personal income tax". With this, ratifies that does not appreciate "good faith" in the presenter's performance.

Furthermore, the Tax Inspectorate considers that Roca improperly returned IRPF of the exercises worth 1,174.35 euros and 1,567.31 euros, to which the employer alleges that these refunds should have been higher than the not apply the maternity deductions that corresponded or the relief of the mortgage of the habitual residence. Given this, the National Court affirms that "this argument is in no way capable of justifying the exclusion of guilt".

This case is added to another previously lost by Tospelat for the corporate tax of the years 2008, 2009 and 2010, as stated in a sentence passed last year. In those exercises, Tospelat billed 924,658 euros, 693,626 euros and 780,074 euros, respectively, according to the ruling. In the ruling it is pointed out not only that he billed the income through a company, but also that expenses would have been unduly deducted, as a property in the town of El Vendrell (Tarragona) and restaurants in the area for a combined amount of 237,000 euros in the three years.

Y, According to another ruling of 2016, Tospelat also lost a resource in relation to the corporate tax for 2007, for an amount close to 130,000 euros, and which also meant that Nuria Roca had to pay in the IRPF for the bulk of the income declared by the company that year (861,908 euros).

In said judgment already emphasized the differences in valuation criteria of related-party transactions between natural and legal persons and states that "it is true that the legal system allows the provision of services through commercial companies, but what does not cover the rule is that a company is used to bill the services performed by a natural person, without intervention of said instrumental company, which is a simple means to collect services with the sole purpose of reducing the direct taxation of the natural person on the income tax of natural persons, a reality that is made clear with absolute clarity and in detail in the contested settlement ".

In the judgment of the National Court it is recorded that the company Tospelat is domiciled in the, at least until then, home of Nuria Roca, located in the luxurious urbanization of La Finca, in Pozuelo de Alarcón.

In addition, it is shown that Tospelat was the owner of three properties in Valencia that, at least between 2005 and 2006, were not linked to the commercial activity of society: audiovisual production.

The sentence also includes a link between Tospelat and La Boleta Producciones, a society of Nuria Roca's husband, Juan del Val, who also appears as the attorney of the first firm. He points out that La Boleta Producciones is domiciled in a house owned by Tospelat, without stating that "La Boleta has paid no rent for said property".