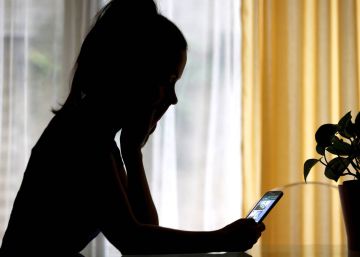 Divorced parents have no legal obligation to continue supporting their children forever. Once they have reached the age of majority, and if they are not studying or working, they can request that the food pension be taken from them. There are numerous sentences in which they give the reason to the parent who asks to stop passing this monthly payment to their children because they are not taking advantage of their studies or already they are able to work.

However, there are circumstances that may determine that, although the descendant approaches the thirties without having their own livelihood, his parents are still obliged to support him. This is the case, for example, of young people who are studying an opposition. What is more atypical is that the pension is maintained because the child suffers a trauma that hinders his access to the labor market. This is the case in a case recently resolved by the Provincial Court of Lugo (whose sentence can be consulted here), in which a man is forced to keep said pay to his 27-year-old daughter for a year and a half more, for being responsible for his situation. According to the ruling, the psychological ill-treatment that she inflicted, both on her and her mother, is the reason she is not able to adapt to work.

The man had managed, in the first instance, for the judge to declare the obligation to continue giving him support. The ruling mainly took into account the girl's age, which presupposed a certain economic independence and ability to fend for herself. The father complained during the process that she had failed to take advantage of her psychology studies and had not entered the labor market. During the years prior to the judicial process, only eleven days officially worked were recorded.

The dispute took a turn when the Provincial Court, which resolved the daughter's appeal, held the father responsible for this situation. The magistrates recognize that the girl did not know how to take advantage of the opportunities provided, but they fail in her favor by endorsing a medical report that certifies her “serious psychological pathology”. The specialist who signs the document certifies that, as a result of the “damage or trauma” caused by the psychological abuse of the father, the young woman has, at present, difficulties in their relationships, in their concentration, and, ultimately, in their aptitude for work. The court appreciated that the study was "very forceful" and "convincing."

Although it is not an official opinion, the magistrates recognize its "great quality" and support its conclusions. The fact that there is a firm conviction for mistreatment of the daughter and her mother reinforces the thesis, since “it is reasonable” to deduce a causal link with the psychological pathologies that the victim now suffers. "It cannot be ignored," the magistrates conclude, that the father seems to be, to a large extent, "responsible for that damage."

For all this, even sharing that there were data that supported the termination of the payment, the court considers "justified" to establish "a reasonable time to adapt to the new situation." In this sense, he is finally inclined to maintain the pension for eighteen months (a year and a half) to give the girl an adaptation time before running out of support.