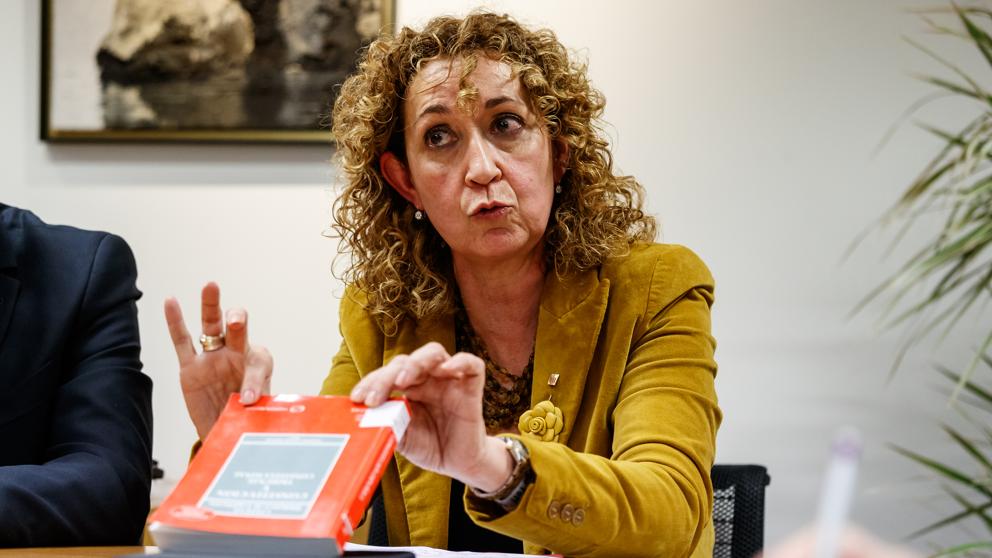 All the political prisoners den procés ’condemned will benefit from the application of the article 100.2 of the Penitentiary Regulations, which allows, based on the “principle of flexibility”, to grant inmates a life in semi-freedom Very similar to third grade. This was announced by the Minister of Justice of the Generalitat, Ester Capella, who has also indicated that within six months the prison classification will be reviewed to see if they can mutate from the second to the third degree, more beneficial since it would allow to go to prison only to sleep during the week.

Speaking to Catalunya Ràdio, the Minister wanted to make it clear that “if we were a republic they would not be in prison and there would be no exiles,” but “no personal conviction of the Government can modify a sentence.” Thus, all prisoners are doing “the relevant procedures” to be able to apply 100.2 and “follow the procedures”, so that “it is foreseeable that everyone can be worthy” of this measure.

Asked directly about whether this regulation will apply to all, the Minister has answered affirmatively, but she wanted to make it very clear that this “is a way to comply with the sentence” and that “what the law says” is being done in the face of the “trend natural “existing” to say that this is not possible. ” Capella has insisted that the application of 100.2 is one of the many different ways of serving a sentence even if he is deprived of liberty, and that the prisoners of ‘procés’ have “the same rights and obligations as the rest of the prisoners” .


The Secretariat of Criminal Measures of the Generalitat “has nothing to say about 100.2, which is a proposal that goes directly from the prison to the judge”

The Minister has wanted to emphasize the independence of the board of treatment of prisons, which are those who adopt these decisions in application of the regulation without intervention of the Department of Justice. Thus, Capella has remarked that the Secretariat of Criminal Measures of the Generalitat “does not have to say anything about 100.2, which is a proposal that goes directly from the prison to the judge.” In addition, the fact that the decision of the treatment board can be appealed by the Prosecutor’s Office and the prison surveillance judge can have the final say in this regard, guarantees the independence of the procedure, has highlighted.

For the application of 100.2, they are required to do the activity for which the treatment board allows them to leave, so that they cannot spend time outside prison in other tasks. Cuixart already enjoys this situation, about which the head of Justice reiterates that “it is a way to comply with the sentence”, something that the prison law provides within the different compliance systems established by law. For Capella, this application is “the best way to move towards freedom” and is backed by the 30 years of experience that the penitentiary services of the Generalitat have, the consellera said.

“It is not disposable,” although “it is foreseeable that different things can be agreed upon” depending on the convicted

“We bet and insist that we have to enable and work for an amnesty, but in the meantime we have to make the basket with the wicker we have,” the leader has resigned, before pointing out that in six months, many of these prisoners could enter the third grade. “It is nothing disposable,” said Capella, although “it is foreseeable that different things can be agreed” depending on the convicted. In any case, “there is a maximum period of six months to assess and agree on the most appropriate measures.”

Capella has acknowledged that he has experienced a complicated situation as responsible for Justice in the face of criticism received by independentistas who claimed to release the jailed. “I have always said that it is a complicated situation because having them in the custody of the Generalitat is a very large contradiction, it suggests many things and many at the same time”, but “no personal conviction can amend a sentence” and “all the decisions of the services Prisons are reviewed by a judge and are likely to be appealed by the Prosecutor’s Office, ”he said.