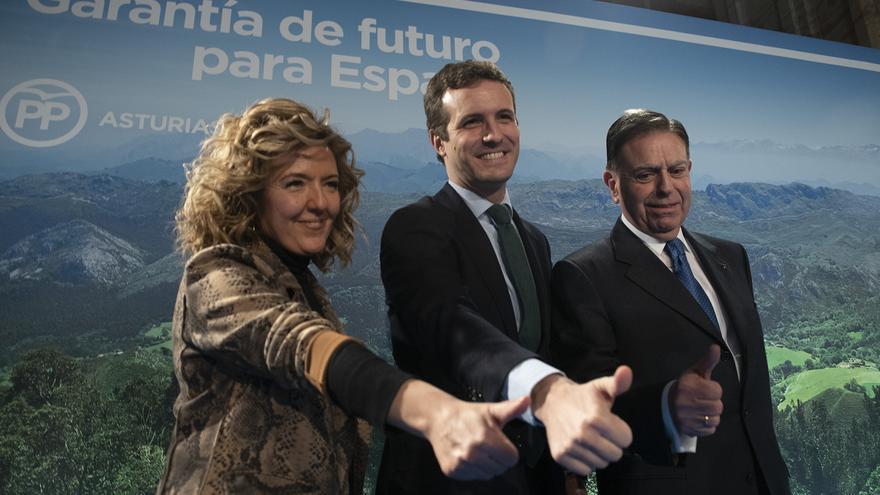 The examining magistrate of the Civil and Criminal Chamber of the Superior Court of Justice of Asturias (TSJA), Ignacio Vidau Argüelles, has agreed to dismiss the case opened against the regional deputy María Teresa Mallada de Castro, who was examined before this Civil Chamber and Criminal, for the crimes of administrative prevarication, urban prevarication and influence peddling, all of them presumably favoring the construction in the town of Felechosa of a geriatric residence by the Montepío de la Mining Asturiana, as published Trade. Malla currently holds the position of spokesperson for the PP in the General Board of the Principality, it was the great bet of the national leader of the popular, Pablo Casado, in the 2019 regional elections.

Mesh was being investigated for authorizing when he was mayor of the town of Aller the purchase of land to build a nursing home supposedly in an irregular shape. The case was a separate piece from the so-called ‘Hulla case’ that investigates an alleged scheme of evasion of public funds that arose during the construction of the Felechosa nursing home, in Aller, in which different union leaders whose centrals promoted the construction are also being investigated from the center.

For the magistrate, in the present case and as regards administrative prevarication, “it cannot be concluded, not even incidentally, as this procedural moment requires” that the investigated agreements or resolutions are “prevaricating, or whatever it is the same arbitrary or unfair. ” “Both the purchase agreement for the Las Pedrosas farm and the subsequent agreement for its free transfer to Montepío de la Minería, even when they were unfavorably informed by the Municipal Comptroller and Secretary, were taken responding to debatable but defensible legal interpretations,” he explains. the TSJA in a press release, in which they also detail that the car known this Thursday is not firm.

Despite the unfavorable reports, the magistrate maintains that the Montepío de la Minería lacked the consideration of a private non-profit public interest entity “on understanding that an express declaration of such condition is necessary to be a private entity of public interest, which is contradictory with the doctrine established in the judgment of the Fourth Chamber of the Supreme Court of July 8, 2002 “, points out El Comercio. For the court “this contradiction would be enough to rule out the commission by all the members of the Plenary of the City Council of a crime of administrative prevarication of article 404 of the Penal Code”.

In a statement issued by the TSJA press office, they also explain that the magistrate considers that the modification of the planning undertaken by the Aller City Council in order to change the classification of the property that was undeveloped land and qualify it as developable “was carried out by virtue of the competence that corresponds to the City Council and all the prescriptions that regulate its processing were observed “. “The fact that the definitive approval is after the beginning of the works to build the nursing home may suppose that they were carried out for a time in violation of the urban legislation in force at that time, but it does not mean that the revision is contrary to the legal system “Therefore, in his opinion,” it cannot be argued that the approval of the planning modification undertaken by the Aller City Council constitutes a crime of urban prevarication for which all the members of the Corporation who voted for it would be responsible. ”