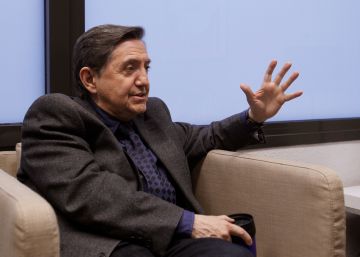 "The bride of the master", "matoncilla de COU", "poor woman", "tiorra" or "her only strength comes from being her husband's wife" are just some of the macho comments that Federico Jiménez Losantos he uttered referring to Irene Montero on June 14, 15 and 16, 2017 in your program It's Federico's morning and for those who justice now condemns him, both him and Libertad Digital SA, for "an illegitimate interference with the right to honor" of the policy of United We can involve paying 3,000 euros, withdraw that content from the archives and read the sentence at the beginning of your program for three days.

The ruling condemns to withdraw "definitively from the digital archives of the program the comments that constitute an injury to the honor of Doña Irene Montero"; "to the payment of compensation of 3,000 euros" for damages; to the reading of the "failure of the sentence in its program for three days in a row, at the beginning of its editions of 6 o'clock, 7 o'clock and 8 o'clock in the morning". The convicted will have to take charge of the procedural costs and they are warned "that they refrain in the future from making new interferences that undermine the honor" of the deputy.

According to Montero, the "derogatory and humiliating expressions" date back to 2016 and are "repeated." The sentence includes, among others, comments by Jiménez Losantos as "The Pablenina would not have accepted her as a councilor … If an aunt goes, they were called tiorras in the Republic, speaking in those terms of thug, escrachera, barateros, semi-alphabets … "; or "… because as she is a functional illiterate just like her boyfriend … Do you mind if they say she has a boyfriend ?, daughter, if you didn't have a boyfriend, where would you be? Where would you be? … Her only strength, and I repeat, Irenita, Ana Botella, her only strength comes from being her husband's wife, and yours, where does it come from? Well, you know perfectly and we all know it. "

Justice understands that "information in which formally insidious insinuations and vexations in any context are used do not merit constitutional protection" if the intention is not to inform or form public opinion and that, by their very nature, "constitutes unjustified damage to the dignity of people. "

In this case, the court alleges that, although a criticism is part of the right to freedom of expression – "as is required by pluralism, toleracion and the spirit of openness, without which there is no democratic society" -, they remain out of that scope "offensive phrases, outrageous, unrelated to the ideas or opinions that are exposed and therefore unnecessary."

"Article 20.1 [on freedom of expression] of the Constitution does not recognize the right to insult," settled the ruling, on which neither Irene Montero nor United We want to "make statements" since the ruling is not firm and still fits appeal.

It is not the first time that Jiménez Losantos program receives a sanction. Last year, the company Libertad Digital was fined by the National Commission of Markets and Competition with 17,000 euros for the issuance of content that could be a "hate speech and discrimination based on nationality ", for several comments he made about the situation at that time of Carles Puigdemont.