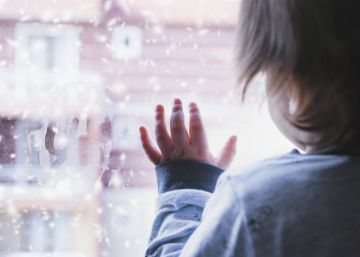 The Provincial Court of Madrid has sentenced a father to three months in prison for slapping his seven-year-old daughter, without causing any physical sequela. The sentence, which also prohibits the convicted person from approaching or communicating with the victim for a year and three months, recalls that these types of acts are not protected by law and should be considered as a crime of family abuse.

The fault (which you can consult here) rule out applying any exemptions or mitigations to the defendant for not knowing that he was committing an illegality. The court affirms “not to understand” that a citizen of less than 40 years and born in Spain “does not know how to distinguish between a mere reprimand and a slap that leaves the fingers marked on the face.” Of course, he is sentenced to a penalty lower than that requested by the prosecutor (three months in jail, instead of six months) for not having a criminal record.

The magistrates argue that parents “can and should” correct their minor children by transmitting elementary rules of behavior and respect, with actions that include physical contact. However, they clarify that these corrective measures must be guided by common sense and in no case can they exceed the border of unjustified violence, as happened in this case.

The prosecuted episode took place in August 2014, when father and daughter enjoyed a pool day. As recorded in the proven facts, at one point, the man smacked the girl. Hours later, and after returning the child to her mother, her sentimental partner realized that the little girl had a very red face and decided to take her to a health center.

Although there were no direct witnesses to the incident and that the medical report found no evidence of physical injury, there is no doubt that the aggression occurred to the court. In this sense, the defendant’s own statement was fundamental, which he came to recognize at trial that he effectively slapped the girl in August, although he did not remember exactly the date. He justified it by ensuring that “any father who has not slapped his son’s ass is not a good father.”

Several people testified that on that day they noticed the sad little girl and with the sign of a slap in the face. This was witnessed, for example, by the father’s ex-girlfriend, who acknowledged having witnessed other similar episodes.

In case there was any reasonable doubt about what happened, the girl also corroborated the facts before the court psychologists. He told them how his father slapped him one day in a restaurant and another in the pool “of a very tall building” where he lived. But according to the experts, it wasn’t just those twice. These types of violent reactions were so common that the girl came to assume them as normal.

The seriousness and “especially the idea of ​​normalization” of this aggressive behavior with his daughter lead the court to impose a three-month prison sentence on the father. However, it does not go further and maintains its parental authority because it is understood that the opposite would be to the detriment of the girl’s interest.

Until 1981, the Civil Code contemplated punishment as another faculty of parents in the exercise of their parental rights. That year Spain adapted its legislation to international conventions in favor of children’s rights. Thereafter, only “reasonable and moderate correction of children” was allowed.

In 2007 a new reform definitively eliminated any possibility of reprimanding a child through beatings, smacking and other violent behavior. However, the courts admit certain mild and isolated remedies that do not threaten the physical and mental integrity of minors.