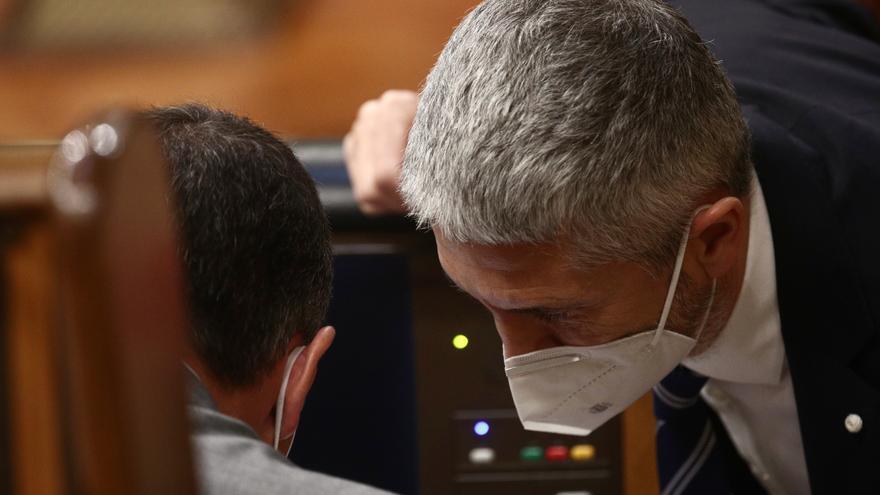 A ruling from the Superior Court of Justice of Madrid (TSJM) has annulled the dismissal of Chief Inspector Bonifacio Díez Sevillano as Interior Attaché at the Spanish Embassy in Mexico for lack of motivation. Díez Sevillano is one of the members of the political brigade rewarded with a destination in an embassy in the time of Jorge Fernández Díaz and that he was dismissed when Fernando Grande-Marlaska became Minister of the Interior.

The ruling recalls that the jurisprudence of the Supreme Court obliges to motivate the dismissals also for the positions of free appointment. "The absence of concretion or specification of the reasons on which the adopted decision is based prevents the appellant from knowing them and, consequently, refuting them, for which undoubtedly he is rendered defenseless", states the sentence of the Seventh Section of the Chamber of the Litigation of the TSJM, to which elDiario.es has had access.

Last March, three months after the ruling on the chief inspector, the National High Court declared another dismissal of a command of the Security Forces, Diego Pérez de los Cobos, void by the Interior, although on that occasion it forced restore the Colonel of the Civil Guard to his post as head of the Madrid Command. In the case of Pérez de los Cobos, the dismissal was motivated, but the Contentious-Administrative Court number 8 has also annulled it because the resolution signed by the general director of the Civil Guard alluded to the breach of an order by the colonel that having been executed would have meant "an illegal criminal offense". Interior has announced that it will appeal the ruling before the Chamber through the State Attorney.

In the ruling on the ruling of Díez Sevillano, the TSJM recalls that "the appointment to a freely appointed job position constitutes a discretionary act, the singularity being that such appointments are based on the existence of a reason for trust that the authority The authority for the appointment must have in the designated person, a relationship of trust that may vary or disappear due to different circumstances ". With this, the Superior Court of Madrid collects the jurisprudence of the Supreme regarding the obligation to motivate a dismissal even if this is only the loss of confidence.

The trajectory of Díez Sevillano is a journey through all the hot spots of the political brigade. The Interior Attaché in Andorra was temporarily transferred to the Internal Affairs Unit when the Deputy Director of Operations Eugenio Pino used his agents to carry out the field work for Operation Catalunya. From there, Díez Sevillano went on to assist Pino himself and was decorated with a pensioned medal.

Bonifacio Díez Sevillano was tried and acquitted together with Pino for trying to introduce stolen information in the case of the Pujols in a sentence that is under appeal. Currently, the retired police officer is in part 7 of the Villarejo case, about the espionage of Bárcenas with reserved funds. Last Thursday declared before the congressional commission investigating Operation Kitchen.

'El País' published on August 30, 2018 that the new Interior team was going to dismiss three officers assigned to embassies at the time of Fernández Díaz and Pino and that they had been converted, as revealed elDiario.es, in a kind of club of the 'tenmileuristas' within the Police. In the case of Díez Sevillano, the minimum two years of stay in the destination would be respected and the dismissal would be executed in October 2018. However, and according to the sentence that annuls the dismissal, Díez Sevillano continued in the coveted position until April of 2019, six more months, and he was only laid off "days before his retirement."