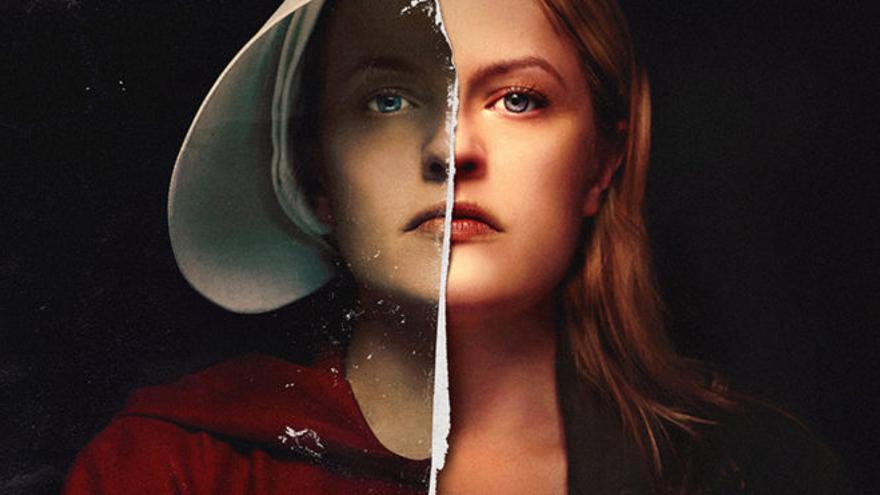 Justice and flight. Revenge and violence. The new season of 'The Handmaid's Tale' arrives on the small screen this Wednesday, after almost two years of anxious waiting to know the direction of a June (Elisabeth Moss) willing to do anything to make Gilead explode.

'Offred' (the woman that belongs to Fred) wants definitely leave behind his oppressive red dress and white cap, but he does not want to do it in any way, but will seek to leave as much destruction as possible in his flight. Revenge for everything suffered. And he will seek to do so after having become the icon of the fight against the regime created by Margaret Atwood in her novel, Gilead, a totalitarian society where formerly the USA, governed by a fundamentalism that treats women as state property.

Faced with the sharp drop in the birth rate, fertile women become maids assigned to commanders and they are forced into sexual slavery for the procreation of children that will be taken from them at birth.

Produced by 'MGM Television', the new season of the series premieres this Wednesday in the United States on the Hulu platform with three chapters and then a weekly episode will be broadcast until mid-June. This season will have only 10 episodes instead of the 13 of the previous ones and three of them will be directed by Elisabeth Moss herself, interpreter of a character that has won her awards such as the Emmy or the Golden Globe for the best actress. Bruce Miller will continue to be the showrunner of the series.

The fourth season -whose filming was interrupted by the coronavirus And therefore it arrives several months later than planned- it begins where the last one ended, with a badly injured June, dragged by her companions, after having starred in the most important act of rebellion that has been carried out in Gilead: facilitate the flight to Canada of 86 children. They all flee for refuge and will find him, for a brief time, on the farm of an old commander and his teenage wife (played by McKenna Grace). And it is that in Gilead the 'mayday' continues to work, a secret resistance group that aims to overthrow the regime from within.

On the other hand, in Canada the struggle of Moira (Samira Wiley), Luke (OT Fagbenle) and Emily (Alexis Bledel) and the other refugees, exiles and fled from the horror, continues to get the international authorities to support them. This season will also be able to see the difficulties that some of the rescued children have to adapt to the new life in Canada, after years of being subjected to the Gilead regime, rules and customs.

Meanwhile, Fred Waterford and Serena Joy (Joseph Fiennes and Yvonne Strahovsky) continue to be held in Canada and will have to face justice and their own marital and moral struggles. Fred will have to answer for the atrocities of the regime and Serena, who 'sells' her husband to try to get the baby Nichole back, to Fred's own accusations of having used Nick (his house keeper) to have sex with his maid Offred.

In this season's trailer, published a month ago, a June escaping from a war zone and later seeking asylum before a court and justice for all the women who have been left on the road, devastated by the regime. Also confronting Serena and accusing her of having destroyed her life, her family, her friends, her country and her daughter, Hannah, who was caught at the beginning of the war and given to a regime family for her re-education. Although it seems that June's escape could end when she appears upright in court, asking for justice, the series still has a trajectory, since a fifth season was confirmed in December of last year.

In addition, the octogenarian Margaret Atwood (2008 Prince of Asturias Award) published in 2019 'Los testamentos', a sequel to 'The Handmaid's Tale' published 34 years after her successful book, whose rights have already been acquired by Hulu and MGM to make an adaptation.

'The Wills' is the return to Gilead fifteen years after the closing of June and tells the story of three other women who will take the witness of Offred and his contemporaries.