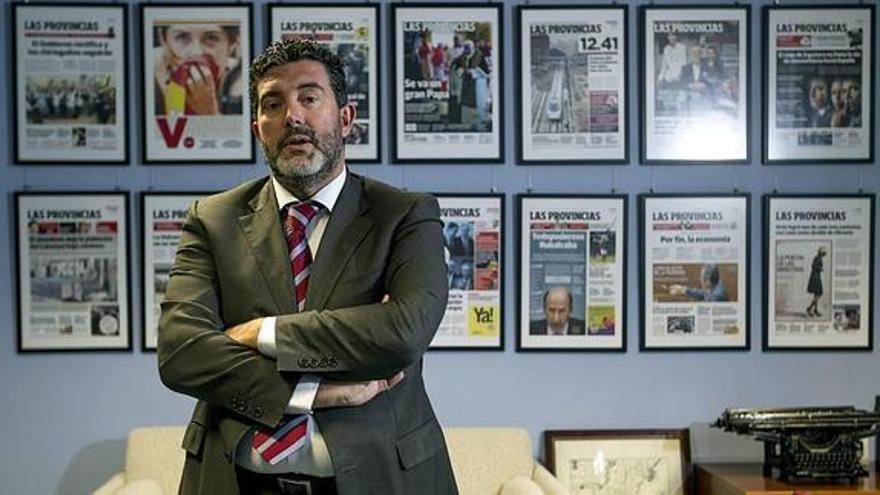 Julián Quirós will be the new director of the newspaper ABC from this month, as reported by the Vocento group – to which the newspaper belongs – in a release. For the last 11 years he has been in charge of the Valencian newspaper Las Provincias –of the same group– and replaces Bieito Rubido, who had been directing the newspaper for a decade.

Quirós began his professional career at Diario SUR (Vocento), in Malaga, where he spent thirteen years and where he became deputy director and chief of information. In 2007, he went to the editorial staff of Hoy –also of Vocento– where he remained for two years, until in 2009 he went on to direct Las Provincias. Usually, he collaborates on radio and television and teaches different postgraduate courses in journalism and communication.

In addition, in 2016, he was awarded the ‘Professional Career’ at the Valencian Community Journalism Awards, promoted by the CSFI.

His appointment as director of ABC has not been the only move that Vocento has made. To relieve him as head of Las Provincias, the group has appointed Jesús Trelis. And, on the other hand, David Taberna will direct El Diario Vasco, by José Gabriel Mújika.

In the statement, the group explains that all the changes are part of “the change initiated within its three editorial boards” and thanks Rubido and Mújika “for their years of dedication to the company and especially their work at the head of two great newspapers “.

More restrictions in Lanzarote: meetings of two people and closure of economic activity at 6:00 p.m.

Gran Canaria takes a second prize from the Bonoloto