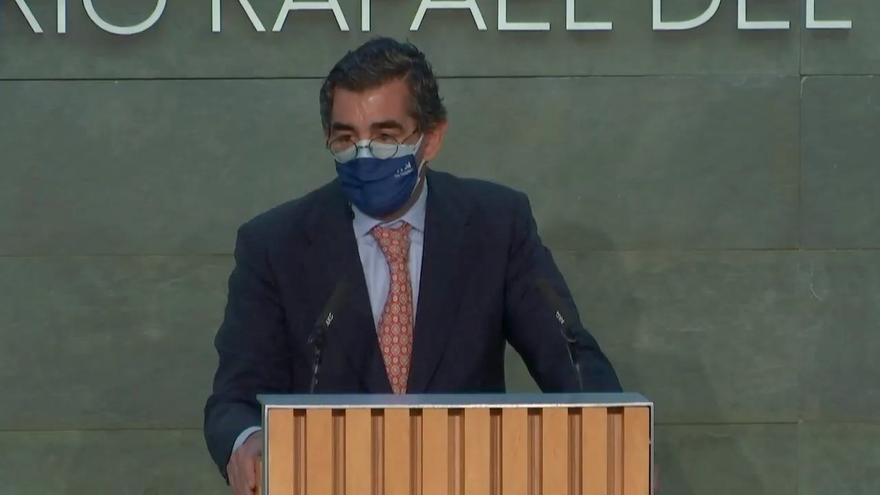 The Commercial Court 11 of Madrid has initially positioned itself in favor of minority shareholders of HM Hospitales, facing the Abarca Cidón family, owners of more than 90% of one of the most important groups in the private health sector in Spain.

Judge Manuel Ruiz de Lara has estimated the precautionary measure requested by several minority HM in the lawsuit that they have filed through civil law to challenge the recent absorption of the Abarca clinical analysis laboratories, Abacid 2007 SL.

The magistrate has agreed to the preventive annotation of that claim in the Mercantile Registry, as requested by those minorities. It understands that the agreement of the shareholders’ meeting, by which on October 7, 2020, the parent company of HM Profesionales de la Medicina y la Empresa SA (PME) agreed to absorb that Abarca clinical analysis company, “could be contrary to right, abusive and harmful to the partners “since the proposed exchange equation could harm the small shareholders of the group of private hospitals.

The magistrate thus aligns himself in this first phase of the process with the plaintiffs’ arguments. These are headed by the Espiga Calderón family and represented by the Martínez-Echevarría & Rivera law firm, chaired by the former leader of Ciudadanos, Albert Rivera.

The judge’s order, to which elDiario.es has had access and dated November 15, indicates that from the documents provided together with the lawsuit, it appears “that the contested agreement could be contrary to law, abusive and harmful to the partners. plaintiffs “. Before the absorption, they had about 4.5% of HM Hospitales.

HM, who has declined to comment, opposed the injunction they requested. This involves publicizing the existence of this dispute, with the consequent reputational effect for the company. According to sources in the process, the private health group understood that this measure would affect its image, its relationships with certain suppliers or events such as a possible IPO.

In the background is the million dollar question in family businesses like HM: what is its real value. According to the order, the shares of Abacid contributed in the operation were valued at 22,609 euros, “a value much higher than its fair value”, and those of the parent company of HM Hospitales “have been underestimated by not using adequate criteria, using the net value individual PME incorrectly and by ignoring alternative valuations such as PME’s consolidated value or internal valuations that were higher than the net book value. ”

The judge thus assumes the plaintiffs’ thesis, which HM rejects because he denies that PME was valued at net book value. According to the order, Alma Terra and Cidotama, two of the holding companies with which the Abarca Cidóns control HM, “have received as a consequence many more newly issued PME shares than could correspond to an equitable exchange rule.” Meanwhile, “the plaintiffs have suffered property damage by seeing their participation in PME reduced by 23% as a result of the dilution that the exchange of the operation implied,” the order states.

The judge adds that “there is no justification regarding the reasonable need for PME to integrate Abacid’s shareholdings and incorporate an undetermined number of minority shareholders of HM into its shareholding,” which was the reason given to justify the absorption, and that ” the reports provided do not comply with the provisions “of the Capital Companies Act. Specifically, to articles 67, regarding the need to have the assessment of an independent expert in non-monetary capital increases, and article 300, which regulates this type of operations.

This magistrate is the same as a few months ago supported Florentino Pérez’s frustrated Super League, in a decision that had no effect when a trail of European clubs fell from the initiative led by the president of Real Madrid and ACS. As then, the magistrate has done it without hearing the parties (unheard of part), an unusual decision.

According to Ruiz de Lara, the urgency is justified by “a danger of procedural delay”: “As of the agreement, there are new minority shareholders who own 4.07%” of PME, those from the subsidiary HM Hospitales 1989 and “the The requested precautionary measure will allow knowledge of the challenge “by those partners, says the order.

The magistrate adds that with this measure, and with respect to the titles in the hands of those two Abarca assets, it is intended “to prevent third parties from buying said shares under the status of third parties in good faith.”

The unruly minority have been denouncing the absorption of the Abarca laboratories for months, those who have accused together with their advisers of accounting “irregularities” and with those who have another open procedure in another Madrid Mercantile Court (on the 9th) against the entry into HM of two Abarca companies without informing the rest of the shareholders.

In the case of laboratories, the wayward understands that “this is yet another movement to deprive us of the right to information, this time diluting ourselves in an operation typical of a legal fiction and unheard of for the same group, pretending with an exchange equation not go through having to set a value for a laboratory owned by the majority shareholder, which from my point of view is worth zero in view of the fact that its income depends on HM Hospitales “, says Lorenzo Espiga Calderón, who leads the opposition of these minorities.

Espiga Calderón, whose family has gone from having just over 4% to controlling close to 3% due to the dilution implied by the absorption of Abacid, accuses the Abarca of “endorsing” HM a loan of 40 million euros granted in October 2019 by Abacid to two companies, Cidotama and Alma Terra Mater, its then shareholders. With these two companies, the Abarca diversify their assets in other sectors in addition to health, such as concerted education in Madrid through the Educare group, the real estate or the hotelier.

This loan contracted by Abacid was nourished with funds from a CaixaBank loan and multiplied the debt of the laboratory company. And after being absorbed, it was assumed by HM herself through her matrix. The operation was not mentioned in the reports commissioned from the firms Eudita and PKF regarding the takeover of Abacid. In the latest PME accounts, it is explained that the group “becomes a debtor” of the loan by subrogating its obligations.

“We are not alone in this, we are several minorities, we firmly believe in justice, and we also work for all those minorities who are watching the bulls from the sidelines for fear of suffering the same reprisals that others have gone through,” says Espiga Calderón , which also criticizes the “opportunism” of carrying out this operation in the middle of the pandemic, “wanting to value a laboratory that unfortunately feeds on COVID through HM hospitals.” “I represent the interests of doctors who have dedicated their lives to this group and some have had to finance themselves to find a fair way out,” he adds.

In his opinion, Abacid “is a drag on the HM group that has allowed the Abarca family to amass a great fortune outside the group, which some set at 300 million, and to follow a policy of almost zero dividend distribution that forced many others to sell at prices of demolition always to the same family, without offering right of first refusal to other shareholders, even denying access to the register of partners “, in order to” hide information and increase their participation. ”

Espiga Calderón emphasizes that the profitability of the Abacid laboratory, thanks to what it bills HM, has been “blatantly higher than the sector average, and we were not presented with, despite having asked for it on numerous occasions, offers from other laboratories, rates or contracts, in a clear abuse “.

Until 2017, his family served on the board of directors of HM and has been trying to sell part of his package for some time. They reached an agreement to sell 2% to the Spanish venture capital fund Queka Real Partners. The Abarcas blocked the operation trying to exercise a pre-emptive right at a much lower price.

The visible head and president of HM is Juan Abarca Cidón, with whom elDiario.es contacted on Wednesday without obtaining a response. Abarca, son of the founders, is the president of the private healthcare lobby in Spain, although the CEO and executive of the HM group is his brother Alejandro. On the board of HM, in addition to the other sister linked to management and vice president, Elena Abarca, there are also Juan Manuel González Serna, founder of the Siro food group and non-executive vice president of Iberdrola, and Federico Conchillo, closely linked to venture capital.

“HM Hospitales was a society created by doctors, who have been forgotten by a generational change in the company, where greed, which is a very bad counselor, can mark the future of some,” says Lorenzo Espiga Calderón. The group, with some 5,300 employees, 15 hospitals and a significant presence in Madrid, Galicia and Catalonia, operates in a sector that the pandemic has made strategic, with an anti-cyclical nature and that has been in the crosshairs of some of the largest investment funds in the world. In June, HM announced a slight increase in its turnover in 2020, despite the coronavirus, to 466.2 million euros.