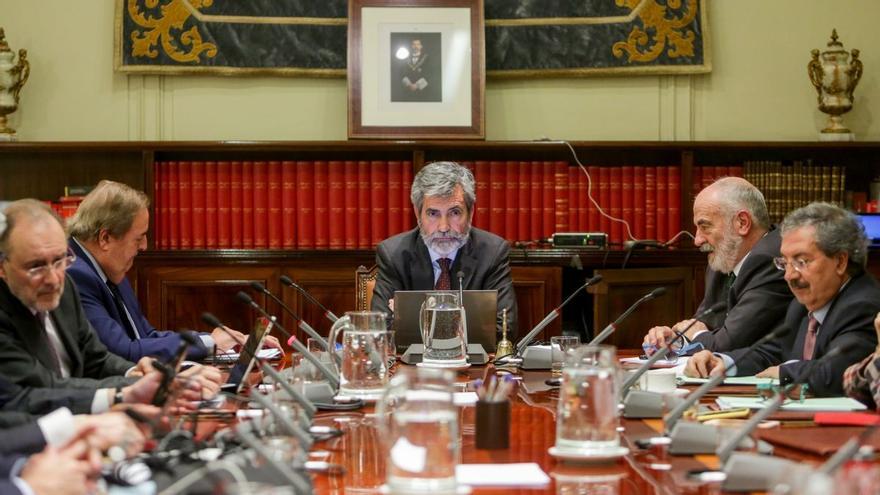 Judges and Judges for Democracy (JJpD) will meet this Monday in Brussels with the European Commissioner of Justice, Didier Reynders, to request his intervention before the blockade of the General Council of the Judiciary, which has expired for almost three years and in office. The progressive association will also communicate its “concern about the deterioration of this body, given the attitude of the main opposition party that has opted for obstruction and the most objectionable institutional kidnapping,” they indicate in a note.

This association had already written a letter to Reynders in July in which it expressed its concern about the blockade of this constitutional body and asked him to hold a meeting “in order to denounce the PP boycott of the renewal of the CGPJ.” A meeting that will take place this Monday and in which the JJpD deputy spokesman, Fernando de la Fuente, will be the interlocutor of the Commissioner of Justice.

“The political strategies are very respectable, but they cannot reach a partisan use of the institutions and the breach of the laws in force,” they point out from the association, which recalls that “the Constitution clearly establishes a mandate period for the CGPJ of five years and this period has been widely exceeded. ” “With this attitude, Pablo Casado’s party is causing serious damage to the credibility of justice and the operation of a public service,” they consider.

The General Council of the Judiciary, the governing body of judges, has had an expired mandate for more than three years, in an interim situation that dates back to December 2018, when the five-year mandate enshrined in the Constitution expired, and with a conservative majority inherited from the Government with an absolute majority from Rajoy, which does not correspond to the current parliamentary reality and that the PP is determined to maintain, with a battery of changing conditions to agree on the renewal. From vetoing the presence of United We Can in the negotiations to re-typifying the crime of referendum, reforming the euro order or modifying the election system. A reform that appeared in the electoral program of the PP when it obtained an absolute majority, but that it did not carry out.

The European Commission has also insisted in recent weeks on the importance of renewing the CGPJ to “prevent it from being perceived as vulnerable to politicization.” In its response to the letter sent this summer by JJpD in which it agreed to the meeting this Monday, the Commission recalled that “it has repeatedly stressed the importance of proceeding” with its renewal. A demand that had also been reiterated in the 2021 Rule of Law Report, where it recognized that there had been no significant progress to conclude an agreement.

In parallel to this meeting and “in the face of the serious situation”, the judges have started a campaign to collect signatures through Change.org. “In just two weeks, 150,000 people have already signed in favor of the renewal of the CGPJ, which has become one of the most supported campaigns on this platform,” they point out.