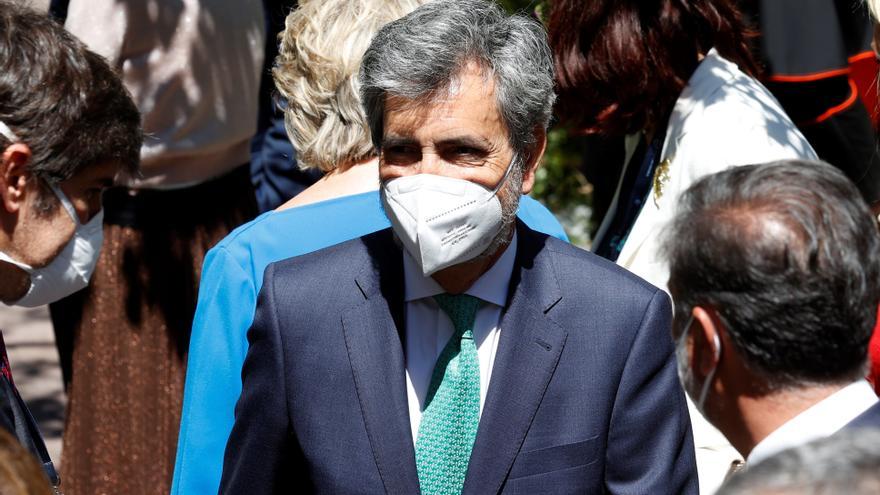 Judges and Judges for Democracy assures that the blocking of the renewal of the General Council of the Judiciary could be resolved with the resignation of its president, Carlos Lesmes. The association, in a meeting prior to the press conference held today July 14, has proposed to Lesmes that he resign after refusals to his requests for resignation en bloc from this body, who has been in office for two years and eight months, a time in which the Popular Party has cast itself in a position contrary to the negotiation.

“The president has shown us the tiredness of himself and of the institution in the continuity in the position. He understands that it is an abnormality and is seriously damaging the CGPJ ”, declared Fernando de la Fuente, vice spokesman for the progressive judges, adding that, in his perception, Lesmes“ would not rule out a resignation if there was a consensus ”. However, sources from the Judicial Power assure that the president of the institution “has reiterated what he has been saying since the legal mandate of the Council ended”, alluding to the fact that “it must be renewed because it is established in the Constitution”, recalling that Until now, it has urged the presidency of Congress and Senate on many occasions to undertake this procedure.

“If the circumstances were right, they would consider taking another step” has assured, however, Ascensión Martín, JJpD spokesperson, referring to a possible cessation of the governing body of the Spanish magistrates, which has twenty members.

“As judges, we cannot send the message that the law is not to be respected,” De la Fuente has sentenced, personifying the blockade of the institution in the Popular Party and especially in Pablo Casado. According to the organization, the opposition leader would have ignored the request for a meeting with them sent in January to try to resolve the situation, something that the rest of the parliamentary groups would have accepted. A comings and goings trip since 2018, which seemed to have been channeled with the withdrawal of the Government Law Proposal to facilitate said renewal by the Executive, which in principle favored a greater predisposition on the part of the popular. However, in the end it has not been the case.

“We cannot ask the citizen to comply with the laws as long as there is a political party that violates Article 122 of the Constitution,” Martín has commented. Likewise, the association has conveyed its willingness to go to international bodies if the renewal of the CGPJ is not dismantled soon.

Likewise, progressive judges have wanted to refer to the Appointment of Judge Pilar Llop, specialized in gender violence, as Minister of Justice after the restructuring of the Government last Saturday, July 10. They claim to feel very satisfied, explaining that, in addition, the former president of the Senate is a member of the Judges and Judges for Democracy. “We trust that it will take the necessary steps”, they have concluded.