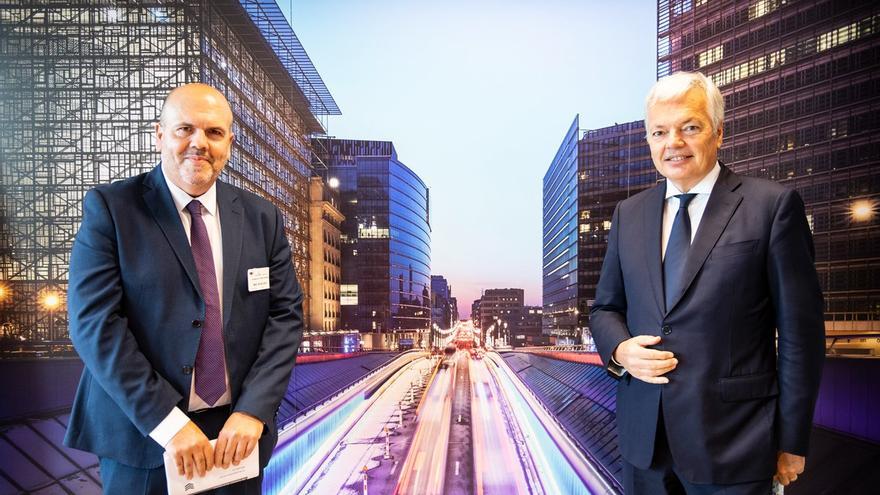 The main associations of Spanish judges and judges are meeting this Monday with the European Commissioner for Justice, the Belgian Didier Reynders, in Brussels. The progressive Judges and Judges for Democracy has been the first, and has stated after the meeting that the Community Executive shares one of the main concerns of the group: the need to renew the General Council of the Judiciary after more than 1,000 days in office .

“The Justice Commissioner has stated that he will transfer to the Spanish political parties the need for immediate renewal to prevent the credibility of the constitutional bodies from continuing to deteriorate, and the public service that goes with it,” the association said in a statement released after leaving the European Commission building.

Judges and Judges for Democracy explained that “without prejudice to a common note from all the associations this afternoon [por este lunes]”, which is expected to be disseminated, the association reports what it has discussed in the meeting with Reynders:” We have exposed the unsustainable situation in which the CGPJ finds itself and the need to renew it immediately. In addition, the temporary situation in which other constitutional bodies are found, such as the Constitutional Court, the Court of Accounts, as well as the Ombudsman, has been revealed. ”

The association continues in its statement: “In addition, we have insisted that compliance with the current legislation cannot be conditioned to renew the CGPJ. Any modification of the system of election of the members must be carried out in a calm manner in a parliamentary procedure and the reform has to guarantee that all sensitivities are represented. ”

The General Council of the Judiciary, the governing body of judges, has had an expired mandate for more than three years, in an interim situation that dates back to December 2018, when the five-year mandate enshrined in the Constitution expired, and with a conservative majority inherited from the Government with an absolute majority from Rajoy, which does not correspond to the current parliamentary reality and that the PP is determined to maintain, with a battery of changing conditions to agree on the renewal. From vetoing the presence of United We Can in the negotiations to re-typifying the crime of referendum, reforming the euro order or modifying the election system. A reform that appeared in the electoral program of the PP when it obtained an absolute majority, but which it did not carry out.

The European Commission has also insisted in recent weeks on the importance of renewing the CGPJ to “prevent it from being perceived as vulnerable to politicization.” In its response to the letter sent this summer by JJpD in which it agreed to the meeting this Monday, the Commission recalled that “it has repeatedly stressed the importance of proceeding” with its renewal. A demand that had also been reiterated in the 2021 Rule of Law Report, where it recognized that there had been no significant progress to conclude an agreement.