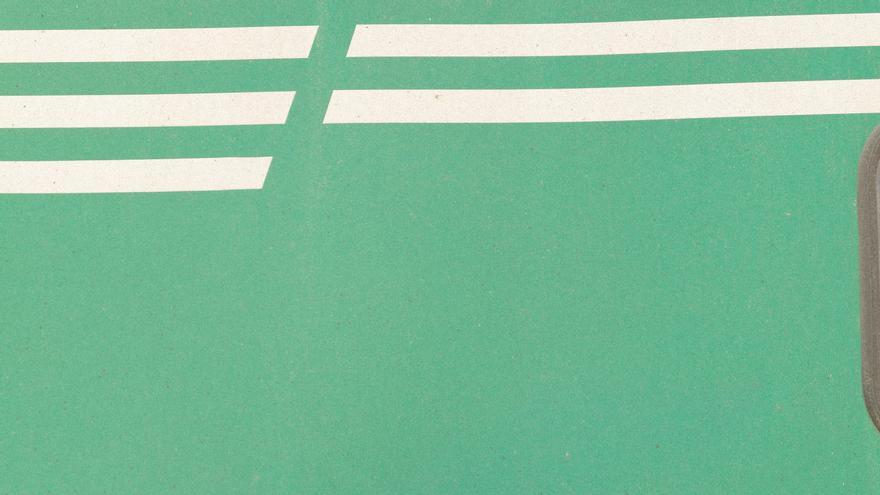 Madrid, Feb 21 (EFE) .- A month before writing “In the end, monsters always win” Juan Manuel López, Juarma, was in “France at the top of a cherry tree”, one of those jobs that he prefers to “forget” this Granada worker who has portrayed his generation in this book in a frenetic way, the one who “had no hope”.

The word writer comes to Juarma “great”, this bricklayer, laborer and waiter tells Efe who is like a child with new shoes due to the publication of his first novel (Blackie Books), a book marked by the rhythm of a heart accelerated by drug use, the muffled roar of the Yamaha Jog or the thudding thump of techno music.

Because yes, because these are some of the sensations, sounds and objects that populate the panorama in which the Lolo, the Juanillo, the Jony, the Nits, the Vane or the Cucaracha move. The protagonists of this story that deals with the lives of those young people whom drugs turn into “liars” who “drag” all the people around them.

“They try to manipulate to give pity, deep down the story is not only about drugs, it is also about the consequences of those who have no hope, future, about those who do not want to do what everyone else does, like getting married and stay in town “, relates from Puerto de Sagundo, the Valencian town where this writer born and raised in the small Granada town of Deifontes now lives” for love “(1981).

A people that carries in their DNA and in their way of writing, and that has served as a sort of compass to spin and give life to these young people who could well be their friends (which neither affirms nor denies) or those of any reader, regardless of having been born in Granada or not.

Although it will be the people of Granada who smile the most when they see their way of speaking and mentally traveling through which these kids who took refuge in drugs go, both in consuming it and growing or selling it, to escape poverty, boredom, that is, , from that reality from which they wanted to flee.

“The idea was that when people read it, it would become familiar to them, in the book at no time do I say that the story happens in Granada, I wanted it to happen in any town, but it was worth more to me than I know, that scenario to me It was very comfortable and fun, I was not going to set it in New York! -he exclaims- I’m very proud of my people “.

An environment that he knows very well and in which he has been a witness and protagonist of a situation: “What alternatives do these people have if there is no work and no one accounts for you? It is a big problem because drugs make quick money.”

According to Juarma, also a cartoonist, this book “has some rings” because he began to draw it up in 2017 when he began to post extracts on a social network and saw how it had the acceptance of many people. Then he created a private reading club and the story “took shape” until the characters were intertwined and closed in just two months.

“I had never written, in that group was my mother, my friends, it was a diverse group and it was good to set the story, to see their reactions, it was fun,” he acknowledges.

And this was the beginning of this book that, before it arrived in 2018 at the Blackie Books publishing house (it took more than two years to publish it), was published by a small Granada publishing house that produced 300 copies in 2017 that “flew” in one month.

Of course, it was a version without going through the hands of a professional proofreader, a task that the author himself did while working “vareando olivos”.

Juarma is currently enjoying this moment, lovingly signing copies and hoping that this editorial adventure will change his life.

“I have always been living from very precarious jobs that I should not have taken, but due to the urgency of money I have worked a lot in the field, in France in the cherry, in construction, in the hotel industry, but every time I try to look for a I work conditions are worse, and I have tried to cut with those jobs. I am a normal uncle with his circumstances and I have found in this what I hope is a way out, “he wishes.

And he does it with a force that is reflected in his tone of voice because this graduate in Hispanic Philology (based on scholarships) is the example of a generation that, he says, “before knowing the last note of the degree” went to work “in the work” because, he concludes, he had to “live”.